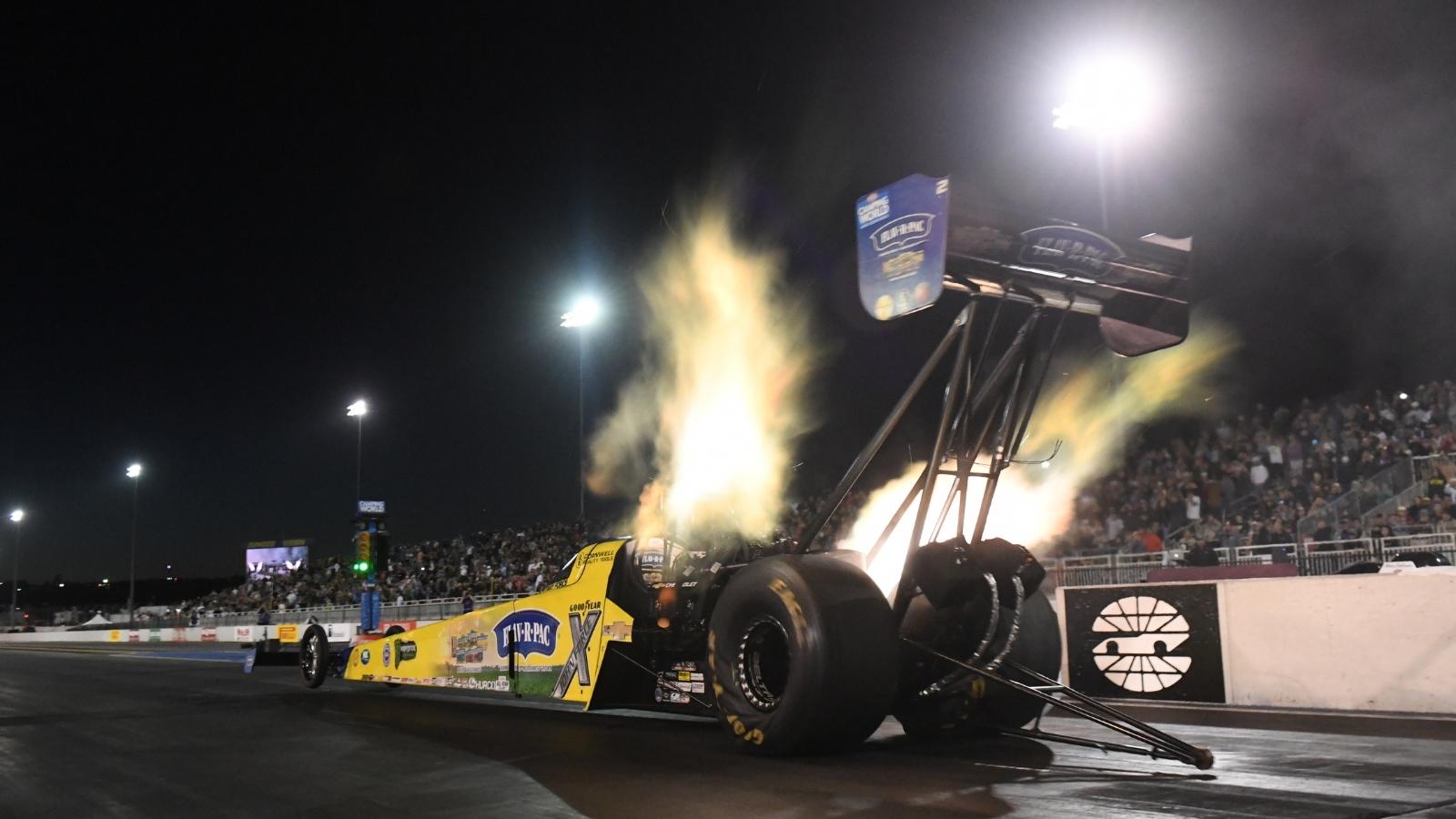 Brittany Force’s simply incredible string of speeds at the recent Denso NHRA Sonoma Nationals may flirt with retribution from the NHRA Technical Staff but for all the wrong reasons. Her TFX-powered Monster Energy Drink/Flav-R-Pak Top Fuel Dragster unleashed five passes of 335.15, 335.48, 336.07, 336.49 and an astonishing 337.35 mph, (only 0.82 mph off her all-time Top Fuel record of 338.15 from 2019). However, it’s common knowledge the NHRA has spent the past seventeen years doing everything in its power to keep drag racing speeds below 340 miles per hour.

Force’s amazing performances came during qualifying and eliminations in stellar corrected elevations which ranged from 396 feet to 1,596 feet. Sonoma Raceway is the least elevated of all NHRA National Event facilities, (the starting line is exactly 18 feet above sea level and located only 2.61 miles from the waters of San Pablo Bay and the Pacific Ocean), but the nitro burning machines benefit from another anomaly when competing in the small town of Sears Point. Although the track offers an optical illusion of heading downhill, the track actually INCREASES in elevation over the competition distance. The 1000-feet finish line is located 12 feet higher than the starting line, (the quarter-mile finish is 13 feet higher), and the sand trap is 126 feet higher than the start! 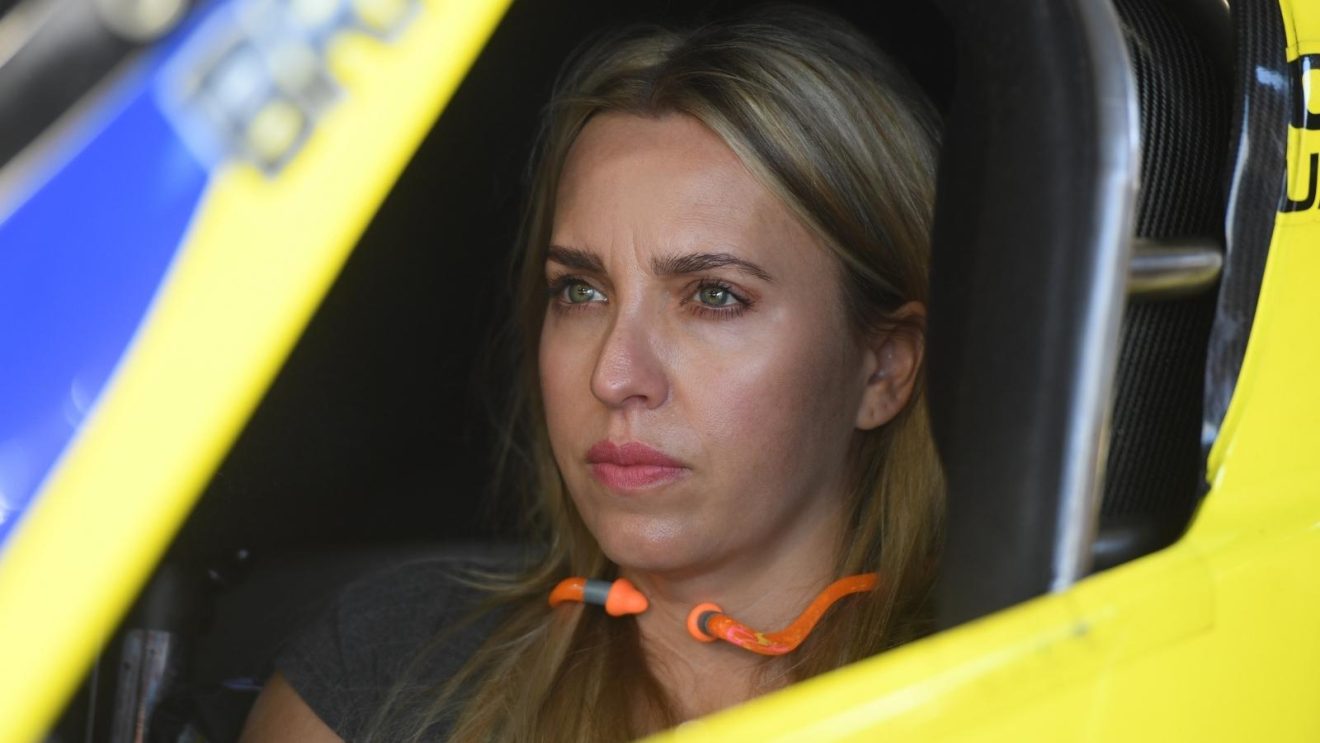 The incredibly obscure fact of Sonoma Raceway being an uphill climb would seem to result in slower speeds especially in light of the aerodynamic drag associated with extremely dense air. It all makes sense, however, when it is understood a modern supercharged, nitromethane-burning engine thrives on “engine load”; the harder the engine works, the more horsepower it produces.

Therefore, the power produced from racing uphill at Sonoma has, for years, produced faster speeds for virtually all Top Fuel and Funny Car entries. The caveat, of course, is the NHRA’s speed-killing engine RPM-limiting system which, for over a decade, has kept most cars from continuing acceleration past the 850-feet mark on a 1,000-feet racetrack.

Since 2018, the NHRA-mandated MSD 8771 RPM “limiter” cuts spark from the MSD Pro Mag 8130-8140 magnetos at an engine crankshaft speed of 7,900 RPM on a powerplant which could easily exceed 9,000. This barely affects elapsed time but drops the vehicle’s speed by an estimated six to seven miles per hour at the finish line. However, with the engine under more load heading uphill and making more power, the blown fuel machines accelerate to a higher speed earlier before the “rev limiter” kicks in to slow the car. This results in a speed trap velocity two to three miles per hour higher for entries across the board as evidenced by the 2022 Denso Sonoma Nationals at which a total of six Funny Cars and a total of eight Top Fuel Dragsters clocked over 330 miles per hour.

Few people remember that Brittany Force’s current 338.15 mph record was set at The Strip at Las Vegas, a track which sits 2,014 feet above sea level and which, at the time of the record, offered a corrected elevation of 3,300 feet. The irony of Force’s run, (which, at the time, exceeded even Tony Schumacher’s quarter-mile NHRA National Record of 337.58 mph from 2005), is the fact the Strip at Las Vegas ALSO runs uphill, (a total of eight feet), and loads the engine harder than a level or even downhill racetrack in the same conditions.

For over sixty years, the NHRA has required its sanctioned dragstrips to maintain a surface with no more than a “one percent grade”, (meaning a track cannot include an ascent or descent of more than 13.2 feet over a quarter-mile or 10.0 feet over a thousand-feet racing distance), with the exception of Auto Club Raceway at Pomona, a track which opened a year before the NHRA ever sanctioned its first drag race and which has been “grandfathered” around the rules despite the track’s little-known twenty-feet drop from the starting line to the finish line.

With Brittany and crewchief David Grubnic now the owners of a slew of the sport’s fastest Top Fuel passes, will the NHRA take action to slow the performance of drag racing’s speediest dragster despite the fact the numbers are a result of the track as much as the wizards tuning and driving it?