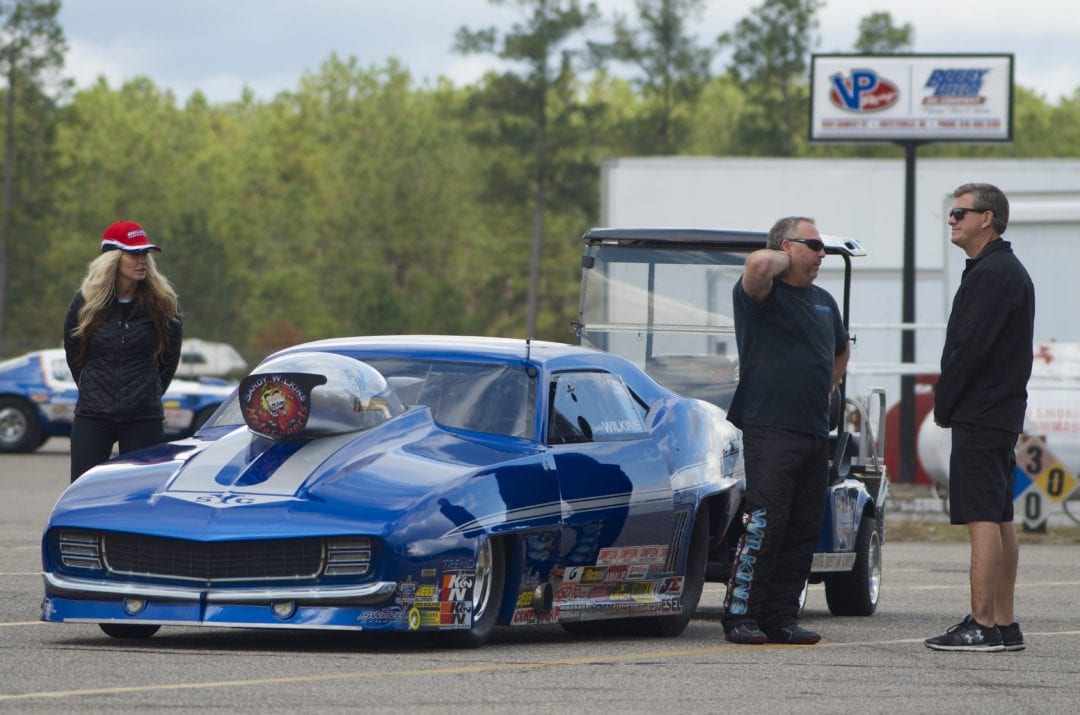 Drag racing veteran Sandy Wilkins seems to age like fine wine within the Top Sportsman division where he’s been faithfully competing for nearly two decades, with 2017 being his finest showing to date. Out of the 13 events he entered last season, Wilkins, who hails from Mt. Ulla, North Carolina, drove his 1969 Camaro to the finals seven times, winning five of them. 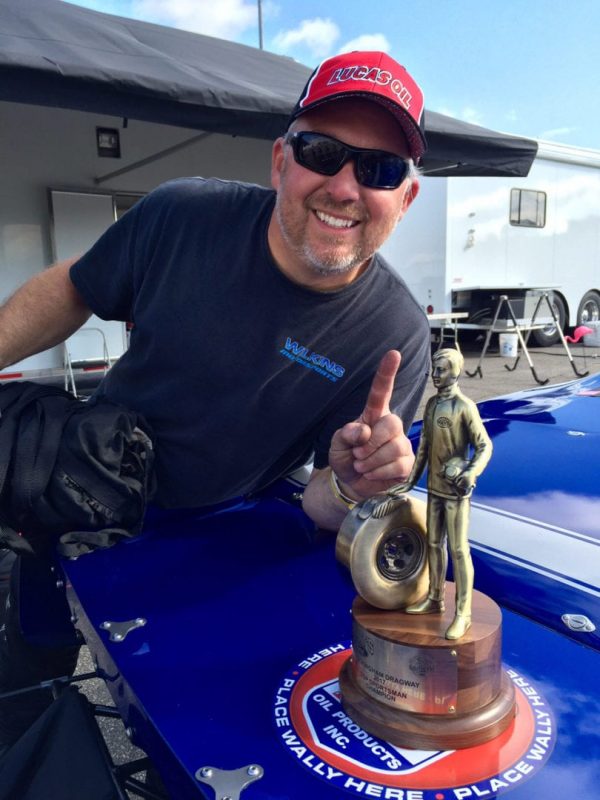 “I’ve never had a season quite like this!” exclaimed Wilkins moments after winning the season-ending Lucas Oil divisional meet at Rockingham in late October. It was, in fact, the dramatic win at Rockingham that put Sandy over the top in points, which propelled him to clinch the Division 2 championship, a title that he also held in 2016, marking his third divisional championship overall.

“The Rockingham win was among the biggest highlights of 2017 because I went into that event needing to win the whole thing in order to clinch the championship, so it was really neat to win the race and the division championship all in one pass,” says Wilkins.

Other notable highlights in 2017 included Wilkins traveling to Old Bridge Township Raceway Park in Englishtown, New Jersey, where he entered and won the Lucas Oil meet in Division 1. “I’d never been to Englishtown before, so winning that race was pretty special.”

He picked up yet another victory in Division 1 when he traveled to Virginia Motorsports Park in August. Amazingly, Wilkins also won the Best Package award in Division 1 last season for his participation in the aforementioned pair of events. “Division 2 doesn’t have an award like that, so it was neat to win it by going to just two events in Division 1.”

Another memorable highlight from 2017 happened at Atlanta Dragway in May, where Wilkins won his second career NHRA national event, which is, ironically, the exact location of his first national title several years ago.

Wilkins has been experiencing a steady advance in national point standings within NHRA, finishing 6th, 3rd and 2nd, respectively, during the last three race seasons. Having the right equipment is of the utmost importance, and Wilkins has found a winning combination with his ‘69 Camaro, built by Jerry Bickel.

“The first time I ever laid eyes on the car was during an ADRL race at zMAX (Dragway). The car was originally competed in Pro Nitrous by Randy Weatherford, and I always liked the way the car looked,” recalls Sandy.

At the end of that same season, the car was scheduled to come back to Bickel’s shop, where Wilkins struck a deal to pre-purchase the car.

“I bought the car as an ‘extreme roller’, with no wiring or plumbing whatsoever. It was stripped down like something you’d find on the backroads of New Jersey,” laughs Wilkins. “It took me approximately one year before we ever made a pass down the track with the car. It may look like we have an unlimited budget when we go racing, but I’m pinching every penny to be there! My dad steered me in the right direction financially, and always instilled in me the importance of being frugal.”

The Camaro is motivated by a 665 ci big block Chevy, which Wilkins constructed in his garage at home. Wilkins is employed by Roush Yates Engines in Mooresville, North Carolina. The facility builds engines exclusively for Ford Performance, which is an arrangement that’s been in place since 2014. “The engine I built in my garage was a duplicate part-numbered engine that I used to build at Roush Yates when we were still building engines for the public,” Wilkins explains.

These days, a normal work day for Wilkins includes working on special projects like the Ken Block “Hoonicorn” Mustang, several Carroll Shelby builds, as well as the incredible Ford GT supercar. His daily grind is something of a dream job to go along with his dream season in Top Sportsman drag racing.

For 2018, Wilkins is intent on refining the winning formula that has yielded so much success in recent 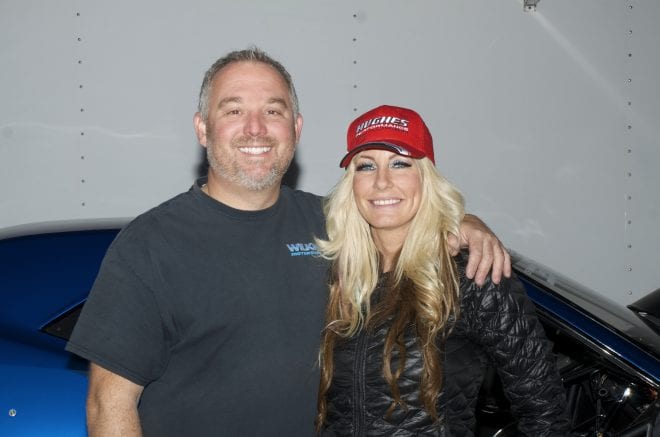 years. His crew chief, Don Shuford, has been helping him for 11 years, and it’s an arrangement that Wilkins says only gets better. “It’s reached a point where I just don’t think I could go racing without him. He still puts up with me even in his old age and gray hair,” Wilkins laughs. The area that Wilkins insists needs the most improvement within his racing operation is squarely on his shoulders as he evaluates his own driving skills. “The car and engine program work so well, and any time we had an issue last season it was on me,” he confesses.

At some point in the near future, Wilkins even plans to debut a dragster that he and his fiancée, Michelle Leo, will take turns driving. “The goal has always been to win the highest level of races each season, so we just want to continue improving on that formula in 2018.”

This story originally appeared in DI #129, the Champions Issue, in January of 2018.