Rick Hord could have counted on one hand the number of good passes he’s made during a completely frustrating 2019 NHRA Pro Mod season. In fact, he probably could have just used three fingers.

But within three days at Bandimere Speedway, those struggles are becoming a distant memory.

Hord ripped off a series of strong runs in testing for this weekend’s third annual Drag Illustrated World Series of Pro Mod presented by J&A Service, Elite Motorsports, Big O Tires and benefiting One Cure, and his turbocharged Maximum Effort IV Corvette looked even more dangerous during day one of the event on Friday.

It took a series of major changes – and some time away – to get there, but count Hord as one of the Pro Mod participants who feels good about his chances to win $100,000 this weekend.

“If you look at our NHRA season, I don’t think we made three good runs in the entire season,” Hord said. “We’ve made (nine) pretty decent runs since we’ve been here. That’s way better than we’ve done the entire year.

“In the time we’ve been away, we’ve made changes. We don’t have a power problem. We know we’ve got power. I got a little lost and we needed to find our way back on track. We’re committed to what we’re doing and we made three good runs (Wednesday) that were all straight. I didn’t even have to turn the steering wheel, and that just felt really good. I feel like that was a sign.” 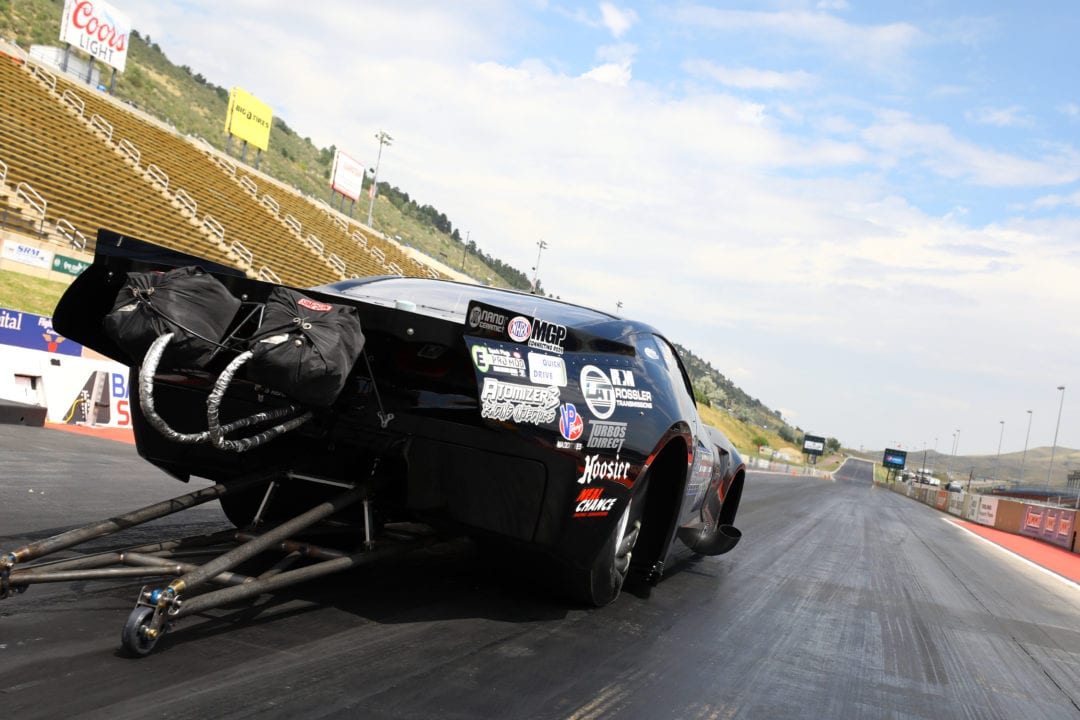 It was the perfect sign for Hord and his Xtreme Racing Engines-powered Corvette, and it couldn’t have come at a better time.

Since the team last raced at the NHRA Pro Mod race in May at Atlanta Dragway, Hord estimates the team made “about six significant changes.”

He knew the team wasn’t far off, but the string of disappointing outings started to wear on the team.

But Hord started to see a shift this week on Thunder Mountain, putting a total of six standout passes together during the two-day test session, plus three remarkable passes on Friday that caught everyone’s attention. It not only gave a jolt of confidence to Hord, but he also noticed something significant with the rest of his team.

“Drag racing is a roller-coaster sport and in Pro Mod, there’s so many things that can jump up and happen, and you cannot anticipate them all,” Hord said. “When you’re having failure and then you have another failure, there’s the mental aspect.

That has Hord, who won his first NHRA Pro Mod race last fall, thinking big for the weekend. It would spark a huge turnaround, but Hord also had plenty of good vibes leaving Bandimere Speedway a year ago.

He made his WSOPM debut last season and is already well ahead of that pace, leaving him optimistic for how the rest of the weekend can go on Thunder Mountain.

“I loved it out last year and I had a great time,” Hord said. “We come here and the staff does a good job. You know you can go out there and count on it repeating. I’m excited to see how these next two days turn out.”