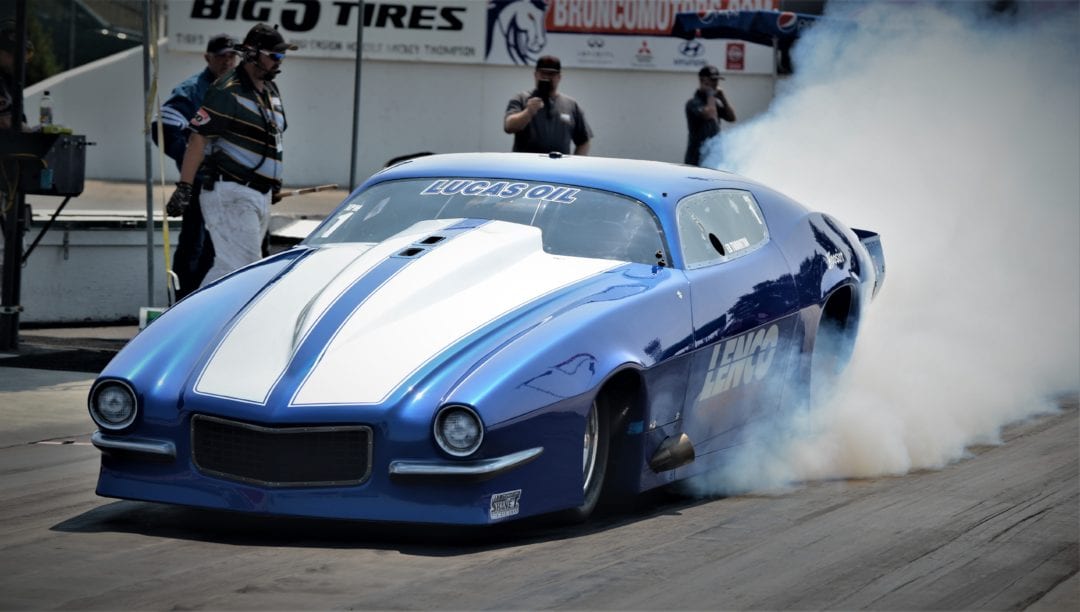 It should come as no surprise that Ed Thornton is in the midst of another impressive Pro Mod season on the West Coast.

But rather than chase a championship, the standout veteran is instead choosing the chance to race for $100,000.

Thornton and the turbocharged D barD Camaro owned by Derrol Hubbard will head to Bandimere Speedway for the first time, as Thornton makes his World Series of Pro Mod presented by J&A Service, Elite Motorsports, Big O Tires and benefitting One Cure debut at the third annual event, which takes place Aug. 9-10 on Thunder Mountain.

Thornton has been his typical remarkable self in the Camaro in 2019, winning the first two races of the Xtreme Pro Mods West season. But with the fourth race falling on the same weekend as the WSOPM, Thornton had a choice to make. He opted for WSOPM or bust.

“Derrol asked me what I thought about going to Denver. We’re probably giving up the championship to go to the race, but we want to take a crack at $100,000,” Thornton said. “I’m not going there to try to prove anything. I’m going there to win.”

The no-nonsense approach has served Thornton well through a standout career that includes a number of wins, series championships and, just last year, his first Street Car Super Nationals victory.

He hopes to replicate the success of fellow West Coast racer Mike Bowman, who won the inaugural WSOPM in 2017. But Thornton doesn’t head to Thunder Mountain with a chip on his shoulder or any extra motivation to prove his talents.

He’s secure in the vast accomplishments on an impressive resume, meaning Thornton doesn’t have to prove he belongs among the elite in Pro Mod. Instead, he can simply focus on trying to win the biggest payday in his outstanding career.

“It’s all about taking it one round at a time, trying to do the same thing and not changing your routine,” Thornton said. “I’m pretty decent at not letting the pressure get to me and just try to race my race. I won’t let it get to me.” 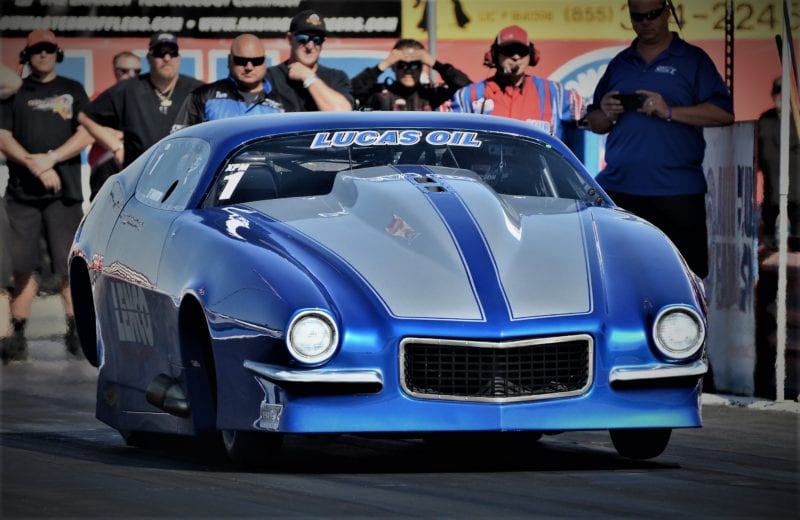 In fact, he won’t have much time to think about it heading to Denver, which may be a good thing.

Thornton owns SU Sand Cars just outside of Los Angeles and is right in the middle of a massive work project. He hopes to finish right as he’ll head to Denver for testing, where his full concentration will be on trying to conquer Thunder Mountain.

With a team that includes standout tuner Shane Tecklenburg and Doug Stewart, Thornton isn’t worried about being prepared to race in Denver for the first time.

“They’re the ones that make the car run and they’re really good at it,” Thornton said. “I’m just the driver. But if they make the car competitive, I’ll be good.”

Thornton and the team recently tested in Albuquerque to replicate the altitude that poses as one of the most difficult challenges of racing at Bandimere Speedway.

The goal there was simply to get the car to spool and stage in the thin air, while the next part of the process will be dialing everything in during pre-race testing in Denver leading into the weekend.

“We know we can spool up and get the car to race now, but there’s a lot of questions we still have to answer,” Thornton said. “With Shane tuning it, I’m confident we can figure it out. I think we should be competitive, so I’m not too worried about that.

“But finding something in testing, that will make the difference if we’re going to be competitive or not.”

Based on history that dates back several years, the odds are good that Thornton and his team will find a way. The breakthrough at SCSN was a big deal a year ago and adds to Thornton’s confidence heading to the WSOPM.

He knows the biggest and richest Pro Mod race in the history of the known universe is a different beast, but it’s also precisely the reason Thornton wanted to make his WSOPM debut.

“Racing for $100,000 is definitely different,” Thornton said. “The competition is probably going to be a lot bigger, and every car that goes to this race will be a top competitor.”