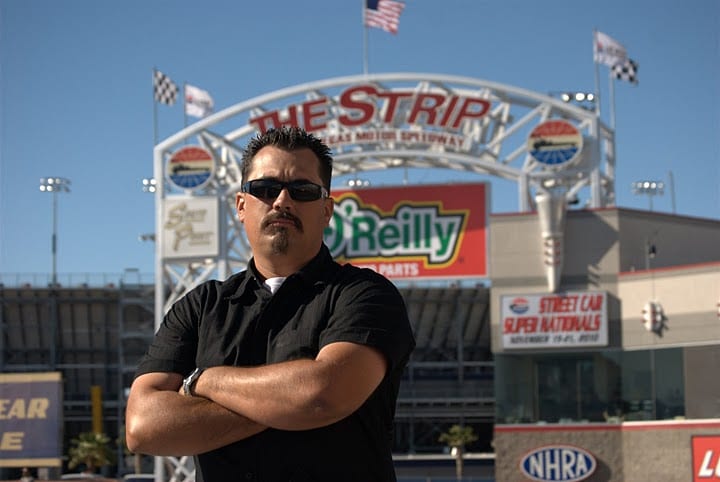 Topol took full control of the West Coast Hot Rod Association in 2016, with the Las Vegas-based promotion set to run three races in 2018. For Topol, joining the “Drag Racing Promotion Mastermind” was an opportunity to learn from marquee names in the sport and that was something he could not pass up.

“I know you can always be more powerful in a group than by yourself,” Topol said. “I have a lot of input and experience I hope to add, but I know there’s a ton of information I can learn from the people in the group. There’s a wealth of knowledge in the group and I wanted to be part of it. I want to be known as a person who cares about this sport and I want to be a doer.”

With the slogan, “For Racers, By Racers,” Topol has worked hard to make the West Coast Hot Rod Association a top name in the West Coast drag racing scene. But his intent in working with the “Drag Racing Promotion Mastermind” is to take the WCHRA, which classes are Ultra Street, Small Tire, Big Tire and Outlaw 8.5, to another level.

That includes bringing added stability to the three-race series, which has its opening race – the California Shootout – March 16-18 in Bakersfield, Calif., as well as growing a larger fanbase outside the region.

“We are thrilled to have Danny and the West Coast Hot Rod Association as part of the Drag Racing Promotion Mastermind and we can’t wait to see the impact this has for him and the WCHRA,” Buck said. “Danny’s passion for the sport has always been evident and he’s never been afraid to think outside the box and try new things. That certainly bodes well for what he hopes to accomplish in the future and I know the ‘Drag Racing Promotion Mastermind’ can only help.”

Limited memberships are available for “Wes Buck’s Drag Racing Promotion Mastermind” at an annual fee of $999. Log onto www.dragracingmastermind.com to join.

“Wes Buck’s Drag Racing Promotion Mastermind” is an exclusive membership-based group that includes track owners, race promoters, motorsports manufacturers and sponsors, and other experts in the drag racing world. Its purpose is to give members insight in taking their event, series, facility and brand to the next level, allowing them members-only access to some of the biggest and most successful names in the sport.