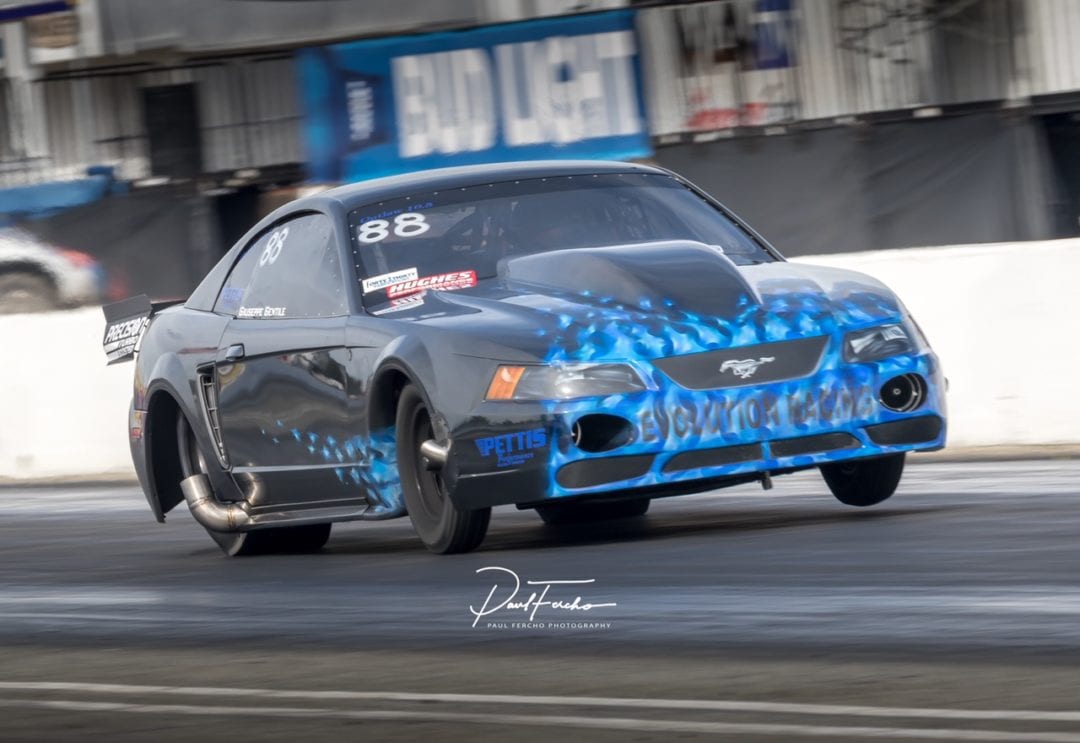 On a beautiful Bakersfield weekend, March 17th and 18th, the racers of Kings Oil Tools West Coast Hot Rod Association went to “The Shootout” presented by Jaws Gear & Axle based out of Sacramento, CA. With the temperatures in the mid 70s and only rain at night after we were done racing, we were in heaven. John, Blake, Mark and the Famoso Raceway crew prepped the track like no one’s business. With over 160 cars and good spectator counts, we had a blast!

We had the legendary Al Tucci announcing and entertaining on the mic! We were so excited to have him out in Bakersfield again. The last time he was there was March of 2010 announcing for us also. He will also be with us at “The Battle”, June 1-2,  at the Las Vegas Motor Speedway. so don’t miss it!

Saturday was a WCHRA Test N Tune which went off without a hitch and was capped off with a little bit of grudge racing and three Xtreme Pro Mods West Associations qualifying passes.

Sunday was intense with racers traveling far and near. Everyone wanted a chance to prove their worth, collect the big payouts and have a chance at the Triple Crown Jackpot presented by Area 51 Fireworks!

Big Tire presented by Forty1Thirty Fabrications and Hughes Performance had Giuseppe Gentile (pictured above) from Sun Valley, CA in his badass twin-turbo-powered 2004 Mustang Cobra take the win over Troy Baugh out of Redding, CA in his Procharger-powered ‘68 Camaro.

Small Tire presented by Accessories Plus and Speedwire Systems had the one and only Ryan “Toaster” Jones out of Los Angeles, CA in his turbo-powered ‘65 Chevy Nova took out in the final, Ben Davidow of San Mateo, CA in his newly rebuilt Mustang. 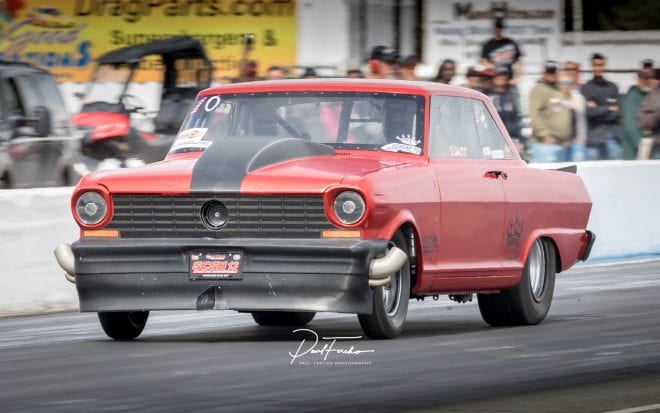 Outlaw 8.5 presented by Vortech Superchargers and Jaws Gear & Axle was dominated by the Moorpark, CA based Manny Figueroa. Manny picked up the win in his Procharger-powered ‘95 Mustang over Anthony Smith’s Turbo’s Direct powered ‘93 Mustang out of Torrance, CA.

Ultra Street presented by Induction Solutions and Procharger is on fire right now with tons of good drama. Dan Dagata of Pamona, CA took the win in his nitrous-powered Mustang over “Big Chuck” Charles Jackson’s beautiful ‘71 Nova out of Paramount, CA.

King of the Hill Index presented by Mickey Thompson Tires and Redtide Marketing & Design was an exciting combination of A/Gas, B/Gas, C/Gas and D/Gas racers! Bakersfield based and B/Gas racer Roger Stalnaker took the win in his rare ‘65 Corvair over the well known A/Gasser, Casey Treur of Santa Maria, CA. 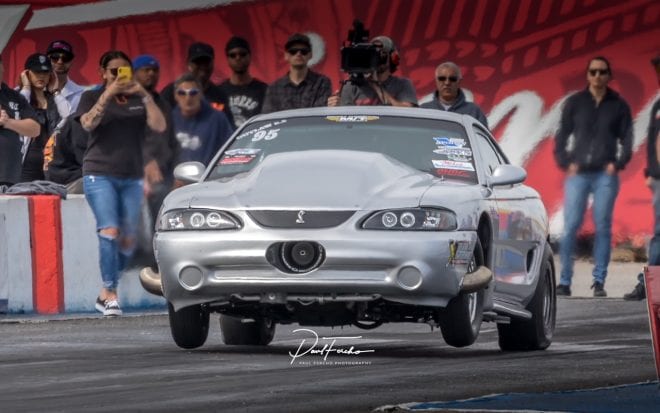 Super Pro presented by VP Racing Fuels and Ultra-Carbon AND Pro presented by VP Racing Lubricants and Magnafuel Products was dominated by the local beast, Greg Dreher! In Super Pro, Greg took his wheelie-pullin ’84 Mustang to the winners circle after taking down Mark DaMiyashiro out of Torrance, CA. Then, in Pro, Greg took the win in his ‘74 Chevy Luv over Dean Kirkman of Madera, CA in his beautiful ’55 Chevy!

All of us at WCHRA would like to say, THANK YOU to all of our great racers, sponsors, fans and certainly the Famoso Raceway staff! We couldn’t do it without each and every one of you! If you missed this one, don’t make the same mistake twice! “The Battle” presented by Ultra-Carbon will be held as a night race June 1st & 2nd at The Strip at Las Vegas Motor Speedway!!! Watch our Facebook, Instagram and website for upcoming race information! “For racers, by racers.”