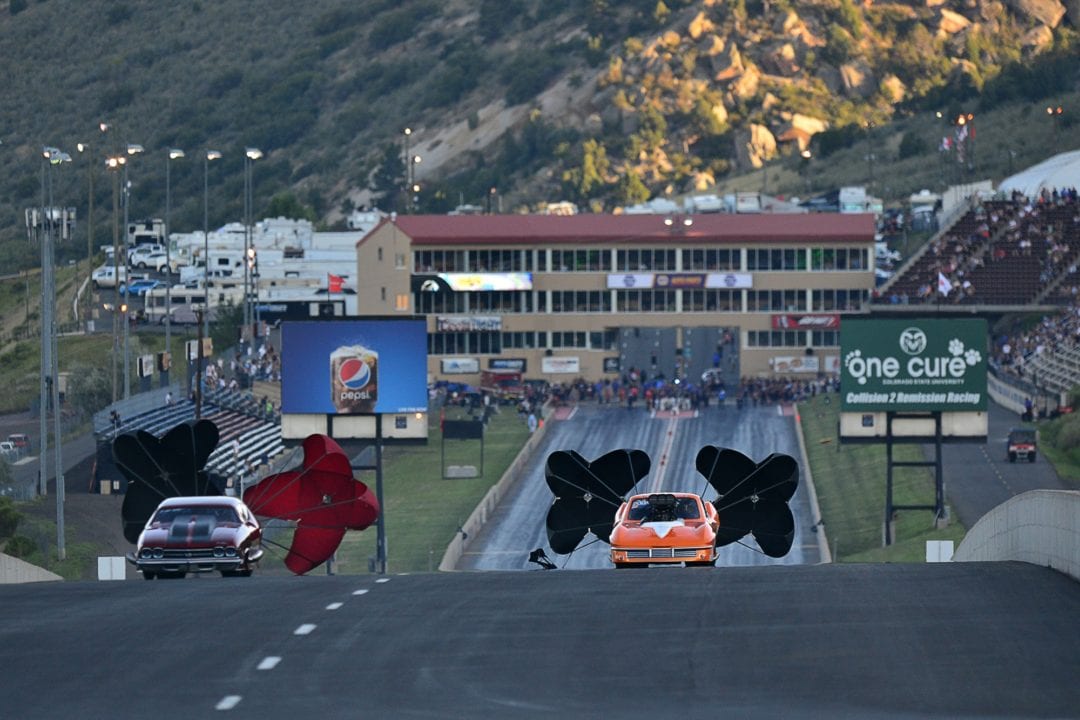 From the first year to the second at the World Series of Pro Mod presented by J&A Service, Elite Motorsports, Big O Tires and benefiting One Cure in Denver, it was clear the talented teams who came to Bandimere Speedway figured out how to run incredibly well on Thunder Mountain.

Fans have been able to see one spectacular run after another, with Carl Stevens Jr. claiming the $100,000 prize in 2018. Promoter Wes Buck, who is also the Founder and Editorial Director of Drag Illustrated, believes it will take another gargantuan effort to walk away with the six-figure payday on Thunder Mountain.

In Part 1 of our discussion, Buck talked about the unique challenges this year’s race has faced, and how he’s determined to overcome that adversity and put on the best show possible in 2019.

Now in Part 2, Buck details what it will take to be successful on Thunder Mountain in 2019, the importance of entertainment value with the event, additions to this year’s program and more.

DRAG ILLUSTRATED: For these once-a-year races, it seems like entertainment value is at a premium. How have you tried to deliver that with the WSOPM and do you believe it’s working?

WES BUCK: It’s a really concise show and that’s important. It’s not an all-day affair and we are 100 percent committed to treating this event as an entertainment property.

It’s a sporting event and it’s an extremely competitive event, but it’s also an entertainment property. We want to put on a show, race fast cars, be loud and make it memorable for everyone. Our No. 1 goal is for safe, competitive races, but our goal is also to provide entertainment to the fans and give them everything they look for in a fast-paced, high-stakes drag race. 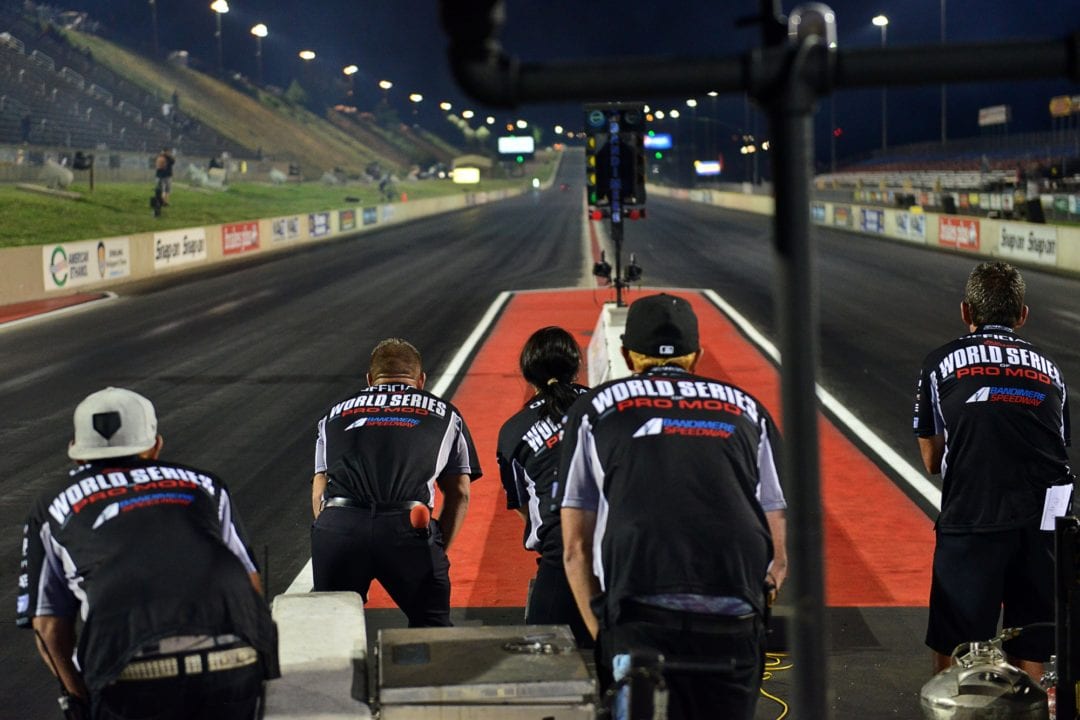 DI: How do you that? Is it checking off top-to-bottom lists from treating fans, teams and sponsors in great fashion?

BUCK: From historic payouts to renowned VIP treatment for the teams and sponsors, we want to pull out all the stops in how to accomplish this event successfully from a business perspective.

From title sponsors to associate sponsors, we’ve received spectacular support from our partners. We had guys like Robbie Ward from MagnaFuel and Derek Menholt who came to us wanting to be involved in the Top Sportsman and Top Dragster program, and we’re just fortunate to have that support all the way around. It’s been the most humbling and surreal experience, but I think they see the value in what we’re doing and the exposure we provide.

DI: You mentioned Top Sportsman and Top Dragster. How important are those two classes to this event?

BUCK: Pro Mod deservedly gets top billing at the World Series of Pro Mod, but this is also an event that features two historic sportsman purses as well with $10,000 to win in both Top Sportsman and Top Dragster. Those are two of my favorite categories in drag racing, but also two of the most important in our industry. There’s so much business done on the backs of these racers and they make up a significant part of the drag racing economy.
It’s really a perfect compliment to Pro Mod. They’re great machines and you can’t ask for a whole lot more. To pay them $10,000, it really means a lot to me and they deserve the rock-star treatment as well. 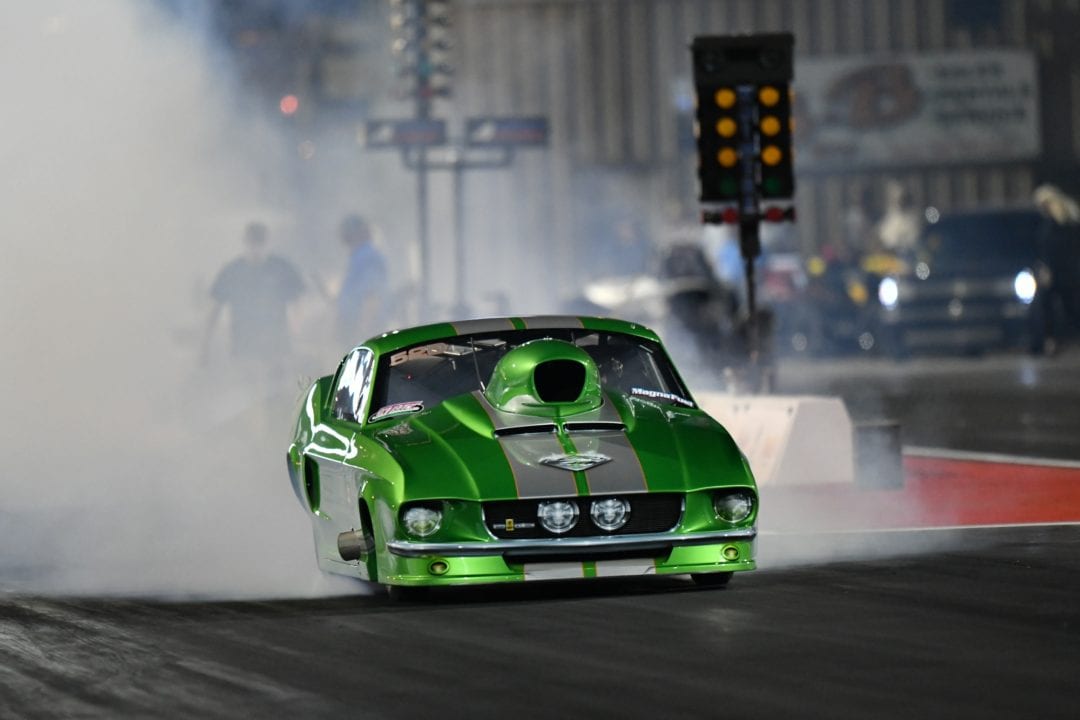 DI: We’ve seen unbelievable performances at this race the last two years. What’s it going to take to win in 2019?

BUCK: I never thought I would say it, but I think you’re going to have to run well into the 5s, probably high 5.80s approaching 250 mph. To say that, it’s kind of crazy, especially where we were just two years ago.

These drivers don’t get a lot of swings in conditions like this. It’s only one shot a year to figure it out in a hurry. But the coolest part is the challenge of it. It just speaks to the badassery of these guys and the willingness to fight and do battle on Thunder Mountain. The men are separated from the boys when you’re racing at this altitude.

DI: Lastly, what’s it mean to have Carl Stevens Jr. returning to defend his WSOPM title and will fans get to see every part of the show this year?

BUCK: To see the status he achieved from winning the race last year, I’m looking forward to having him return. He did an unbelievable job last year and was so consistent. It’s going to be interesting to see what he can do in 2019, but I’m really looking forward to crowning another champion on Thunder Mountain.

Fans are going to be able to watch this race from every angle, and that’s really exciting, too. Our behind-the-scenes Embedded video series is returning thanks to our friends at Aeromotive, and we’re excited to have a partner like SpeedVideo for our live feed. We had an overwhelming outcry for that, and we’re proud to deliver with a company like that. It really is exciting all the way around. 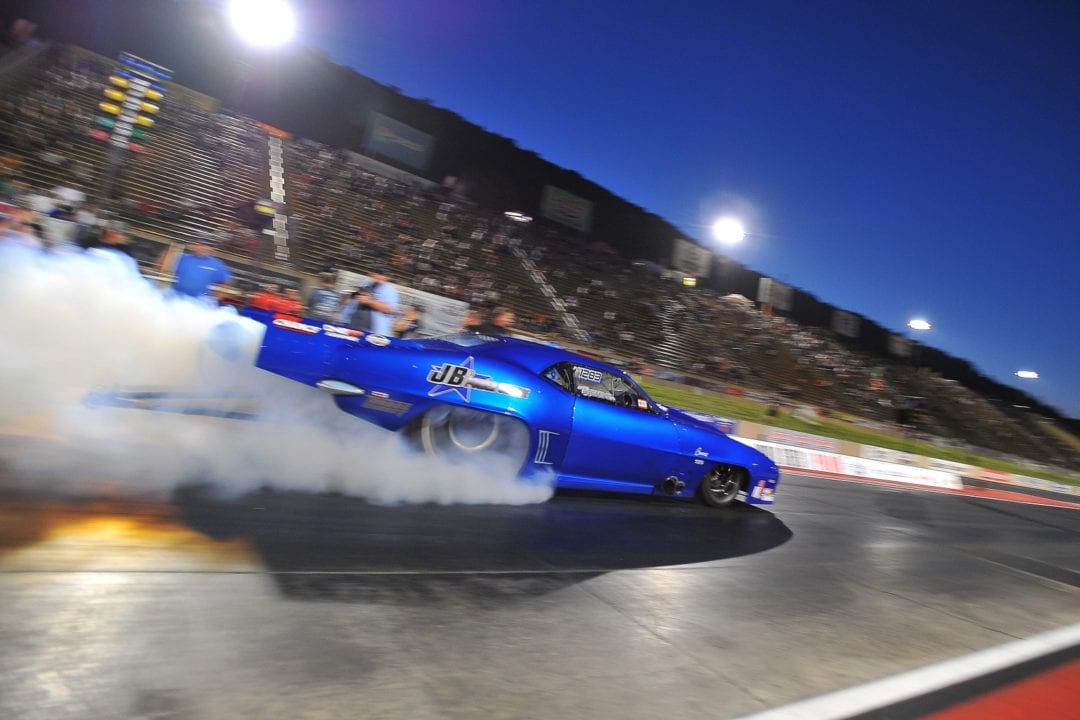 Click here to read Part 1 of our discussion with Wes Buck on the World Series of Pro Mod presented by J&A Service, Elite Motorsports, Big O Tires and benefiting One Cure in Denver.