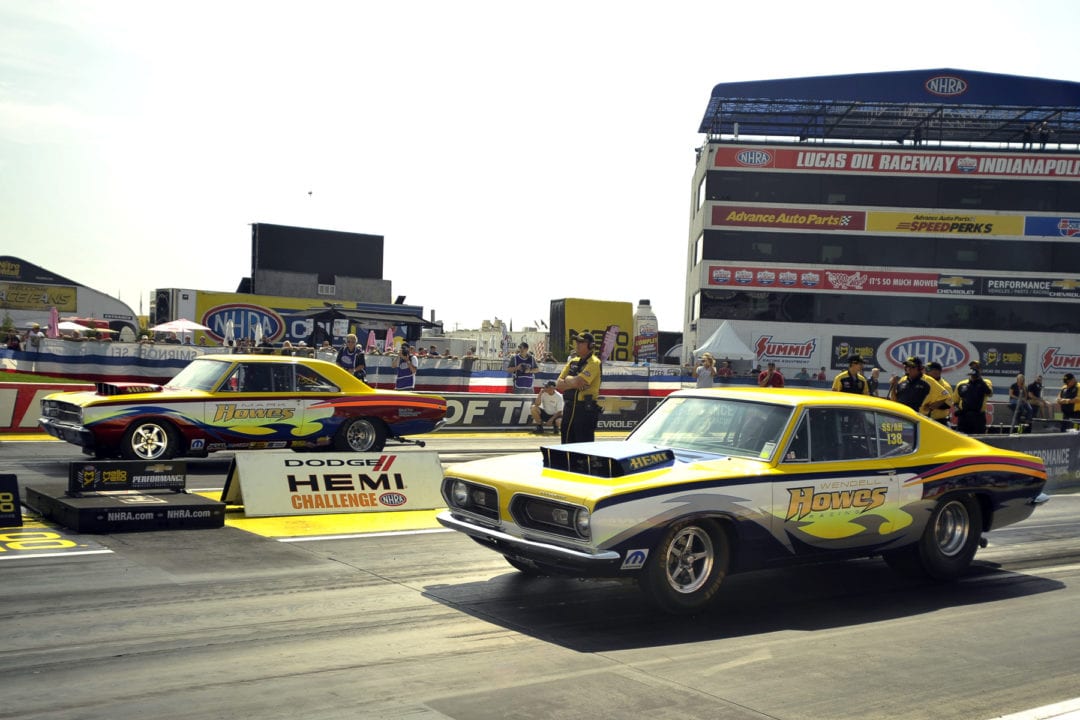 As the only father/son duo in the 2019 HEMI Challenge, it seemed almost unfair that Canadian-based racers Wendell Howes and his son, Mark Howes, had to run each other in round one.

Wendell’s ‘68 Barracuda and Mark’s ‘68 Dart are two standout cars that always draw in fans. Wendell is entering the race this year hoping to not end up a “bridesmaid” like he did last year when he got beat in the finals of the HEMI Challenge by Jimmy Daniels. Mark says they’ve worked all year for this race, and the reason they have their cars is for the HEMI Challenge. “We don’t get a lot of opportunities to race on this type of stage, and it really amps everything up a bit. It’s just like Christmas,” says Mark Howes, as he prepares for round one.

Mark says that the opportunity to race with his dad is really gratifying. His son, now 11 years old, is currently a Jr. Dragster driver, and he hopes he’ll be in one of these HEMI-powered cars one day.

“I grew up at the racetrack, so for us to come to this race year-after-year as a family is really gratifying. I want to support my dad. This has been his path since I was little, so anything I can do to help him to the ultimate end of this road is what I’m here for,” says Mark.

Wendell says that he’s been racing at the U.S. Nationals for about 20 years. Last year, he came up just short of the win after getting beat by three-time-winner Jimmy Daniels, but he says he’s heading into the race this year hopeful and with an open mind. “This is the biggest race of the year, and you always have to be prepared,” says Wendell.

Wendell beat his son in round one of the HEMI Challenge after Mark redlighted. He went on to win round two, but fell to Jimmy Daniels in round three.