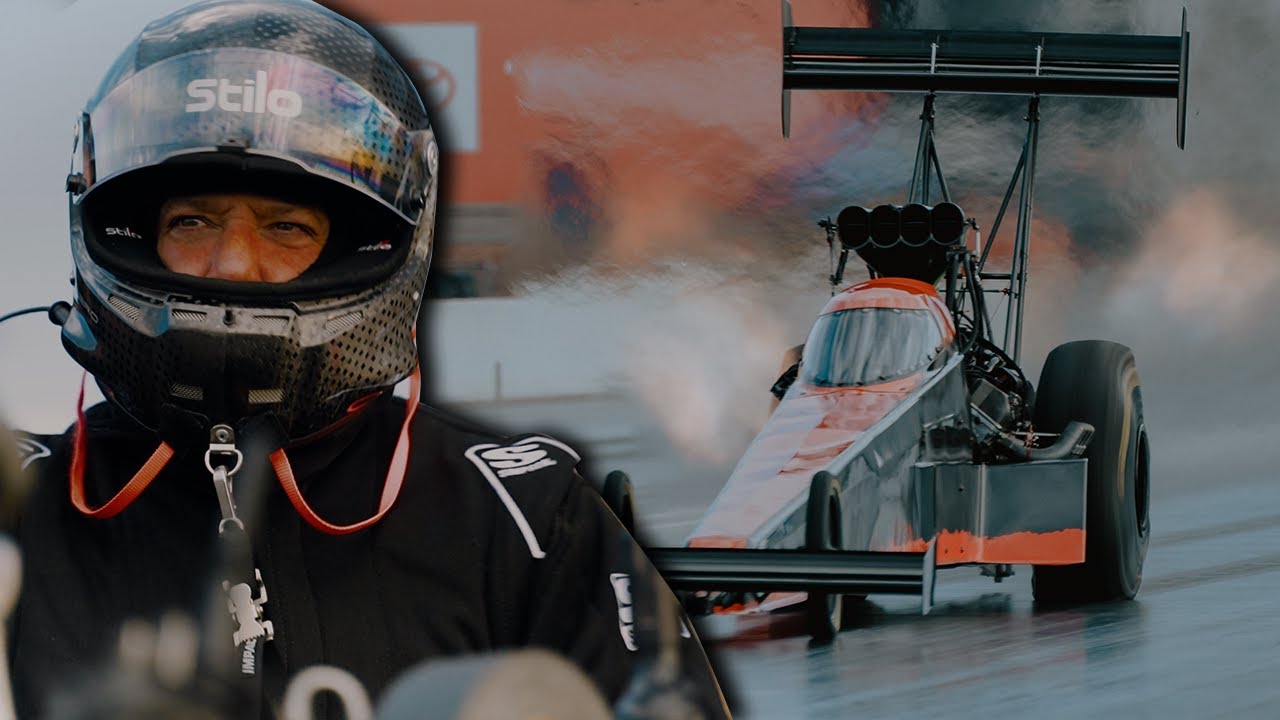 In a video shared on Stewart’s official YouTube page on Wednesday – after it was hyped considerably throughout the day — the former NASCAR star and world champ made passes in an 11,000-horsepower Top Fuel dragster at The Strip at Las Vegas Motor Speedway, with fiancé and Top Fuel star Leah Pruett watching intently on the starting line.

While he didn’t make a full 1,000-foot pull in the video — which was teased as the first part in what appears to be a multi-part series to get licensed in a Top Fuel dragster — it was huge progress in Stewart’s burgeoning nitro career.

It was just a few months ago when Stewart visited Frank Hawley’s Drag Racing School, making his first passes in drag racing. He made runs in Hawley’s Super Comp dragster and the school’s blown alcohol dragster at Bradenton Motorsports Park, but the leap to a Top Fuel dragster is a massive one from that.

Never one to back away from a challenge, Stewart jumped at the opportunity, which was first presented by Don Schumacher. Pruett has carved out a spot as one of the top and most popular drivers in the sport racing for Don Schumacher Racing, and it seems her fiancé may not be far behind.

“This is a huge, massive step beyond running Frank’s car. This was something (where) Don said we’ll take you and put you in a car, and you (can) go 300 mph. We put all the logistics together and here we are,” Stewart said in the video.

What made the experience even more enjoyable is his father, Nelson, joined Stewart for the experience in Las Vegas. Stewart joked he was taking his father on a road trip, letting him in on the surprise only when they arrived at the track.

“The expression on his face was priceless,” Stewart said in the video.

Not surprisingly, Stewart, regarded as one of the top and most successful drivers in motorsports history, appeared to take quickly to the dragster, despite the massive challenge of trying to control a 330 mph monster.

Getting plenty of advice from Pruett and Hawley, Stewart had a 60-foot time of .851, shutting off early — at least in this video — and before the 1,000-foot mark. Still, the thrill was apparent.

“It’s cool for me to get the chance to drive the car,” Stewart said. “I feel very fortunate. I’ve had a blast so far and the goal to get the end of the 1,000-foot before the end of this. We’re having a great time.”

Click below to watch the full video, “Part 1. Ready. Set. Launch. My 300 mph internship has officially begun…” as we impatiently wait for part two.