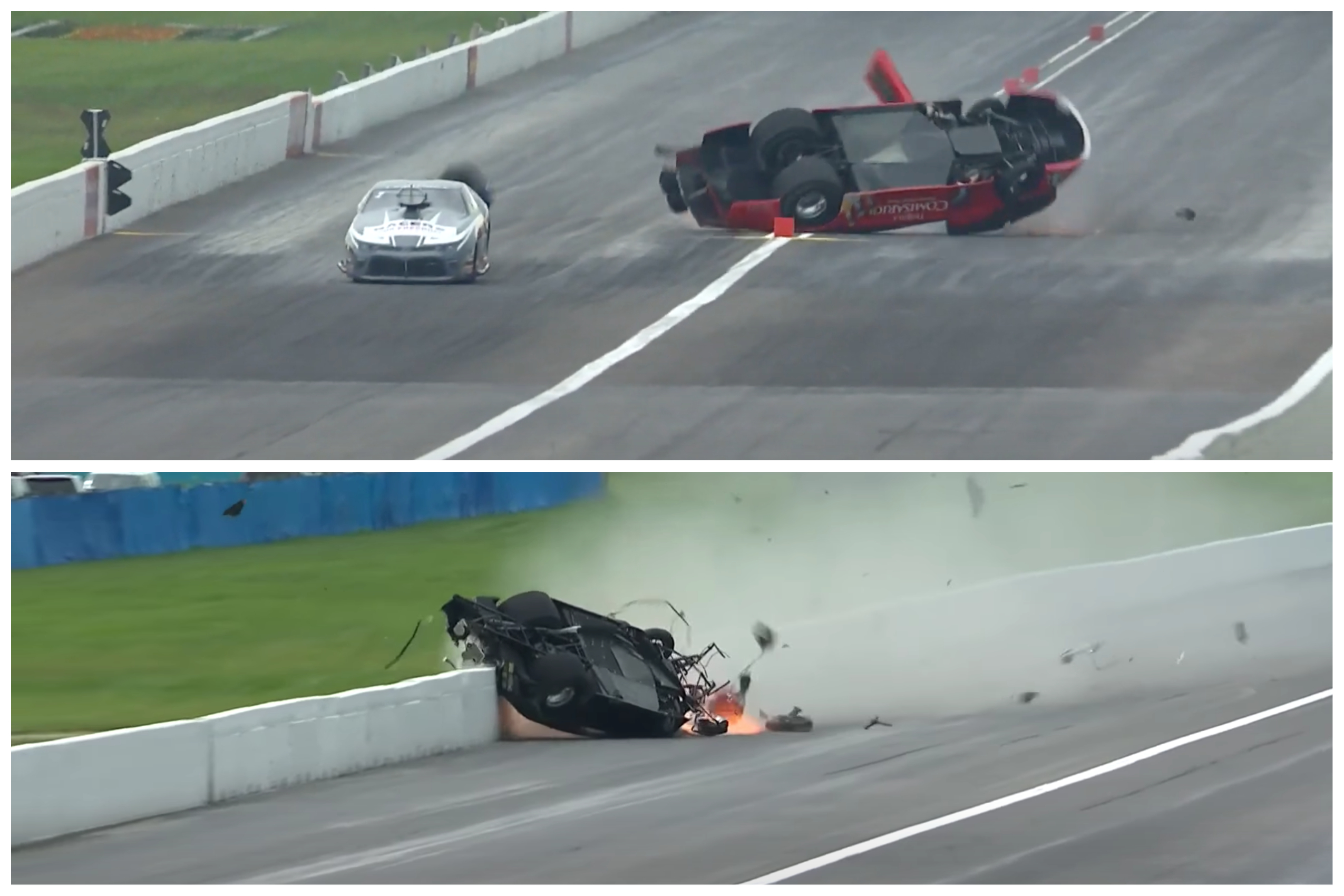 NHRA Pro Mod drivers Kris Thorne and Steve Matusek were both involved in separate crashes during a wild first round of eliminations action on Sunday at the U.S. Nationals at Lucas Oil Raceway at Indianapolis.

Both drivers ended up on their roofs following massive crashes, but both Thorne and Matusek escaped major injuries from the incidents.

Thorne’s came first and just past the finish line in his first-round race against No. 1 qualifier Jason Scruggs, turning a strong pass and upset into disaster in seconds. He slipped past Scruggs’ 5.757 with a 5.768, winning on a holeshot thanks to a spectacular .006 reaction time. But just after the finish line, Thorne got loose when his parachute didn’t function properly, sending him across the centerline and into the wall on the right side.

Thorne, who was the NHRA Pro Mod points leader coming into the event, careened out of control on his top and flipped over onto his roof, sliding all the way into the sand at the end of the track. He flipped over one more time in the sand before the car came to a stop. Thorne, though, was quickly out of the car and walking around, and reported no injuries in a crash that destroyed his turbocharged Camaro.

Just moments later, Matusek came to the starting line against Todd Tutterow. With the race well in hand, and Tutterow racing to the win, Matusek, who was racing in the left lane, crossed the center line. He tried to correct the car and move back into his lane, but the car got loose and ended up on its roof, skidding down the track before coming to a stop.

Like Thorne, Matusek was quickly out of the car and reported new injuries. But it was a frustrating turn of events for Matusek, who debuted a new sponsor, Tequila Comisario, on his turbocharged Ford Mustang this weekend.