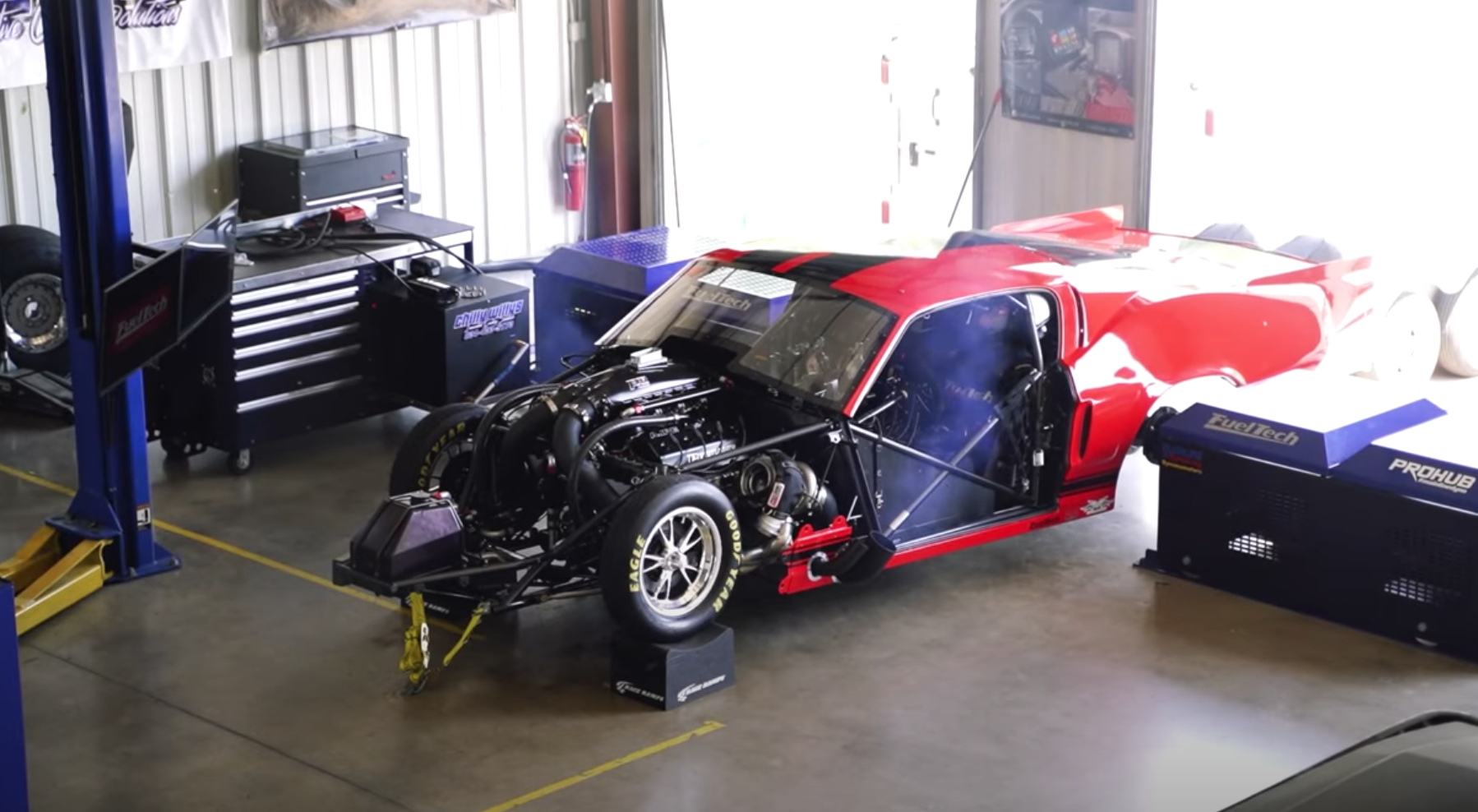 FuelTech’s in-house hub dyno has been home to some spectacular numbers over the years, but Ken Quartuccio’s “Serial Killer” ’67 Mustang may have taken sole possession of the most eye-catching moment with the dyno in 2020 thanks to a run that hit 4,822 horsepower.

The turbocharged Mustang from Jerry Bickel Race Cars paid a recent visit to the FuelTech shop and impressed almost immediately.

With FuelTech Technical Director Luis de Leon behind the wheel – something that’s become the norm for de Leon on the in-house hub dyno – and noted tuner Steve Petty also on hand, the Mustang, equipped with the FT600 ECU from FuelTech, was shown on video making a trio of passes.

The Radial vs. the World car reached 3,365 horsepower on the initial hit, and made a considerable jump a run later, making 4,564 horsepower.

After some further tweaking, the “Serial Killer” really did its damage, reaching 4,822 horsepower, giving the Mustang the biggest numbers on the hub dyno in 2020.

That impressive showing certainly bodes well for the talented Quartuccio, and like the caption says, the “Serial Killer” appears ready to hurt some feelings at the track.