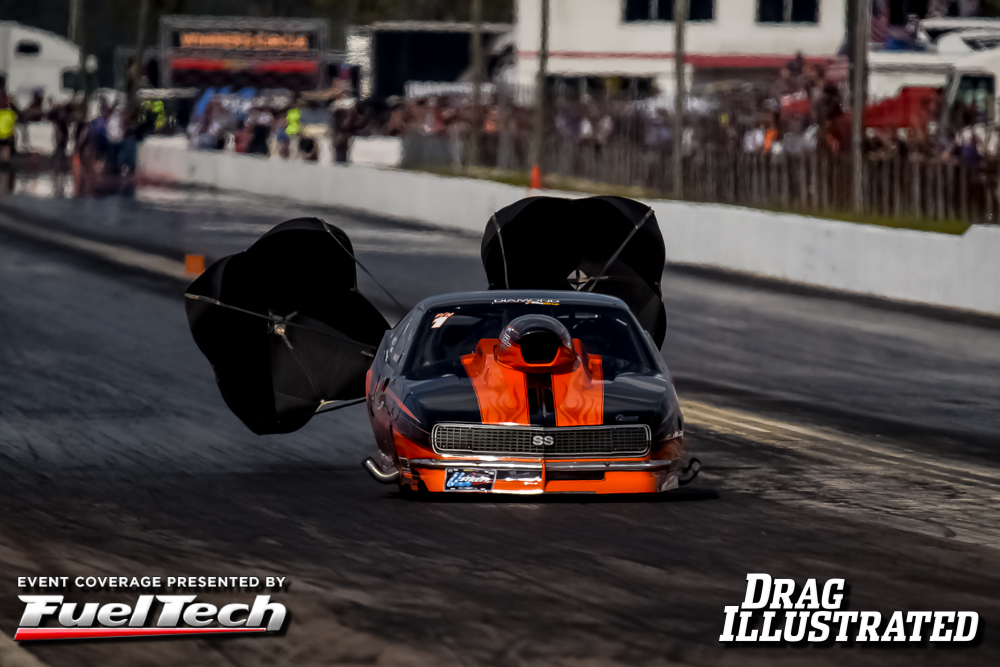 An incredible group of 38 Pro Modified drivers and teams converged on Bradenton Motorsports Park last weekend for the U.S. Street Nationals. After three qualifying sessions, Todd “King Tut” Tutterow locked down the No. 1 spot with a 3.582-second blast at 211 MPH in the Decker Salvage ’20 Camaro.

Watch in this Straight Line Media video as the 32-car field is trimmed down to the final two Pro Mods on the property. It came down to two of the best drivers to ever strap into Pro Modified doorslammers, with Tutterow taking on reigning PDRA Pro Nitrous world champion Jim Halsey in a screw blower vs. nitrous final round. Halsey left first and held on for a holeshot win, recording a 3.627 at 207.05 in his Brandon Switzer-tuned, Fulton-powered ’68 Camaro next to Tutterow’s 3.618 at 206.92.