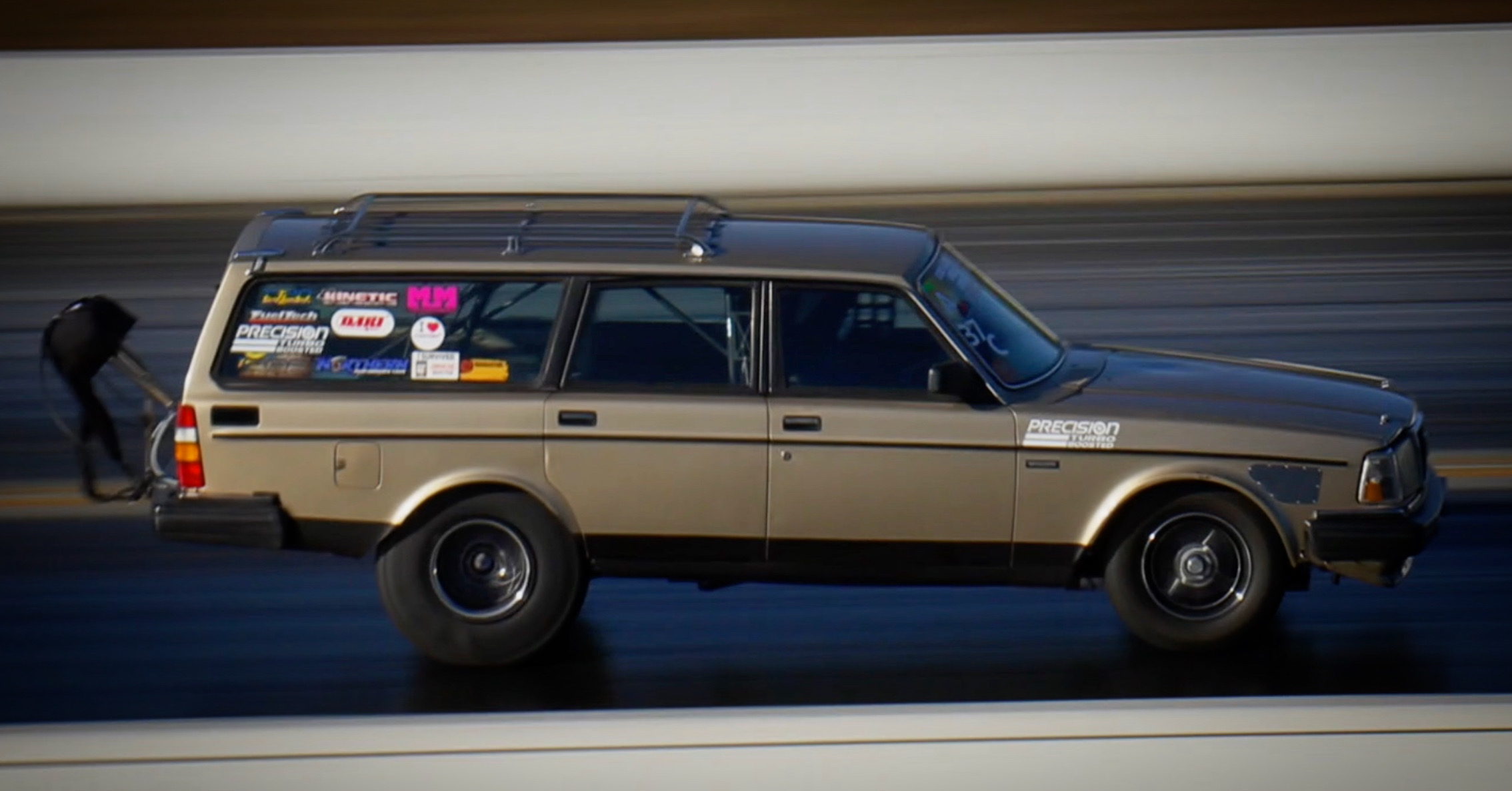 Sick the Magazine’s Sick Week rolled into Gainesville Raceway Wednesday morning for the third of five stops on the weeklong drag-and-drive tour of Florida (and South Georgia). A little early morning fog delayed the start time to 10 a.m., but once the fog burned off and the track heated up, racers were firing off impressive numbers left and right.

In this highlight video from Kyle Christ at Straight Line Media, watch as the quickest and fastest cars in the A class make laps down the legendary Gainesville quarter mile. One of the most impressive passes was Steve Morris’s 6.896 at 215.79 MPH in his SMX-powered “Boostmaster” station wagon. It’s pretty unbelievable to see this thing pull into the track from a 200-mile drive, then charge down the track at over 200 mph. Morris is the current leader in Unlimited Iron.

The current leader in Unlimited is still Stefan Gustafsson, who recorded a best of 6.836 at 218.55 in his turbocharged C4 Corvette at Gainesville. His average between Bradenton and Gainesville is 6.741 at 216.58, giving him the lead over the five other Unlimited drivers left in competition.

Sick Week continues Thursday morning at South Georgia Motorsports Park, with a scheduled start time of 10 a.m. After making passes at SGMP, racers will head South on I-75 for a car show and party at the Don Garlits Museum of Drag Racing.