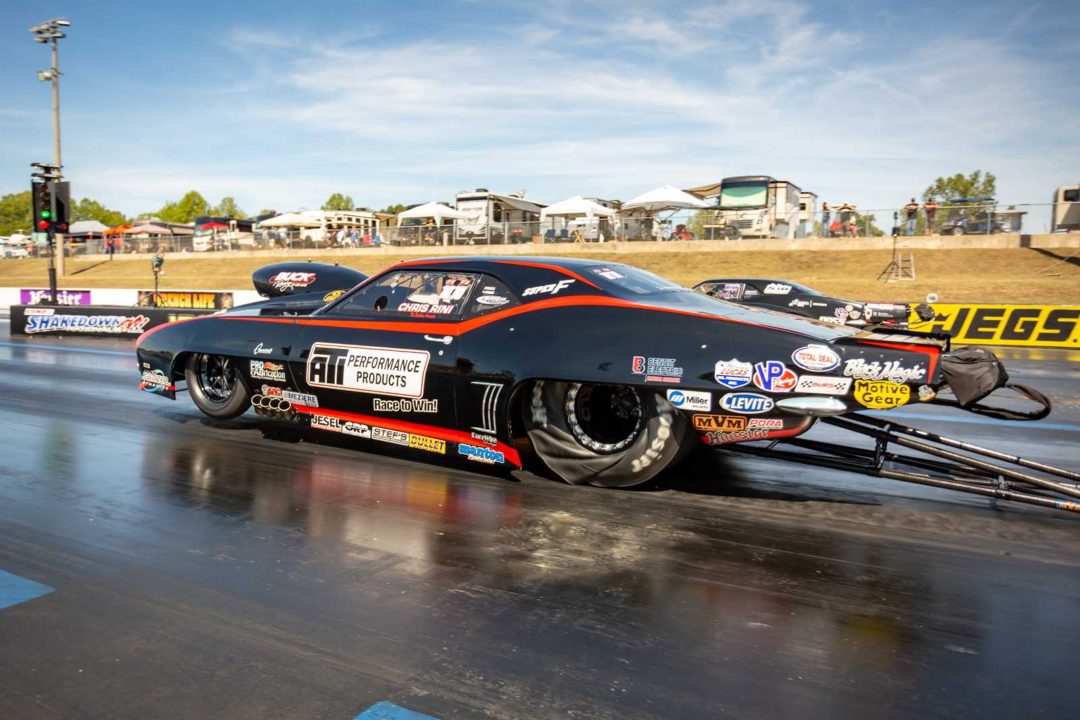 Chris Rini wasn’t initially sure he wanted to be part of the Pro Mod versus Radial vs. The World Judgment Day at the Shakedown Nationals XVII at Virginia Motorsports Park.

His team convinced him otherwise and it’s a good thing they did. Rini, one of eight Pro Mod drivers who qualified to compete against eight top RvW standouts, won his matchup, made a career-best run of 3.636 at 205.82 mph and helped the Pro Mod team rout their RvW counterparts 6-2 in the highly-anticipated matchup on Friday.

After considerable social media build-up leading up to the race, Rini and his teammates simply leaned on the philosophy of “walk softly and carry a big slick” en route to the impressive showing.

“I was kind of on the fence about doing the deal, but all my guys were amped up,” Rini said. “It was a good, fun deal. According to the Internet, we weren’t going to be able to compete. We did it in (RvW) conditions and their rules, and only one of their cars outran us. It was good for the sport, good for the fans and all of it turned out great.”

Despite a mind-blowing, record-setting run from Marcus Birt, who made the quickest pass in RvW history with his blast of 3.575 at 206.10, the team of eight Pro Mod drivers were simply too consistent in the one-sided affair. 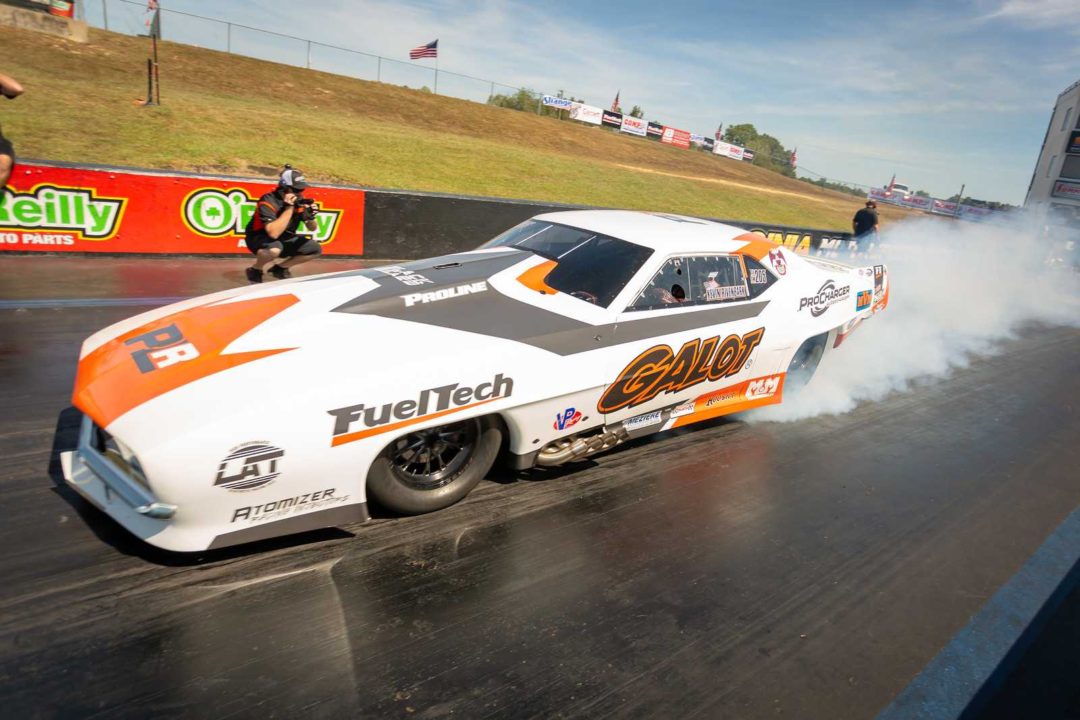 Rivenbark blew past Mark Micke for the final Pro Mod win of the night, while Birt’s magical run in his nitrous-powered Corvette finished the thrilling festivities. According to Rini, things went pretty much to plan for his team. 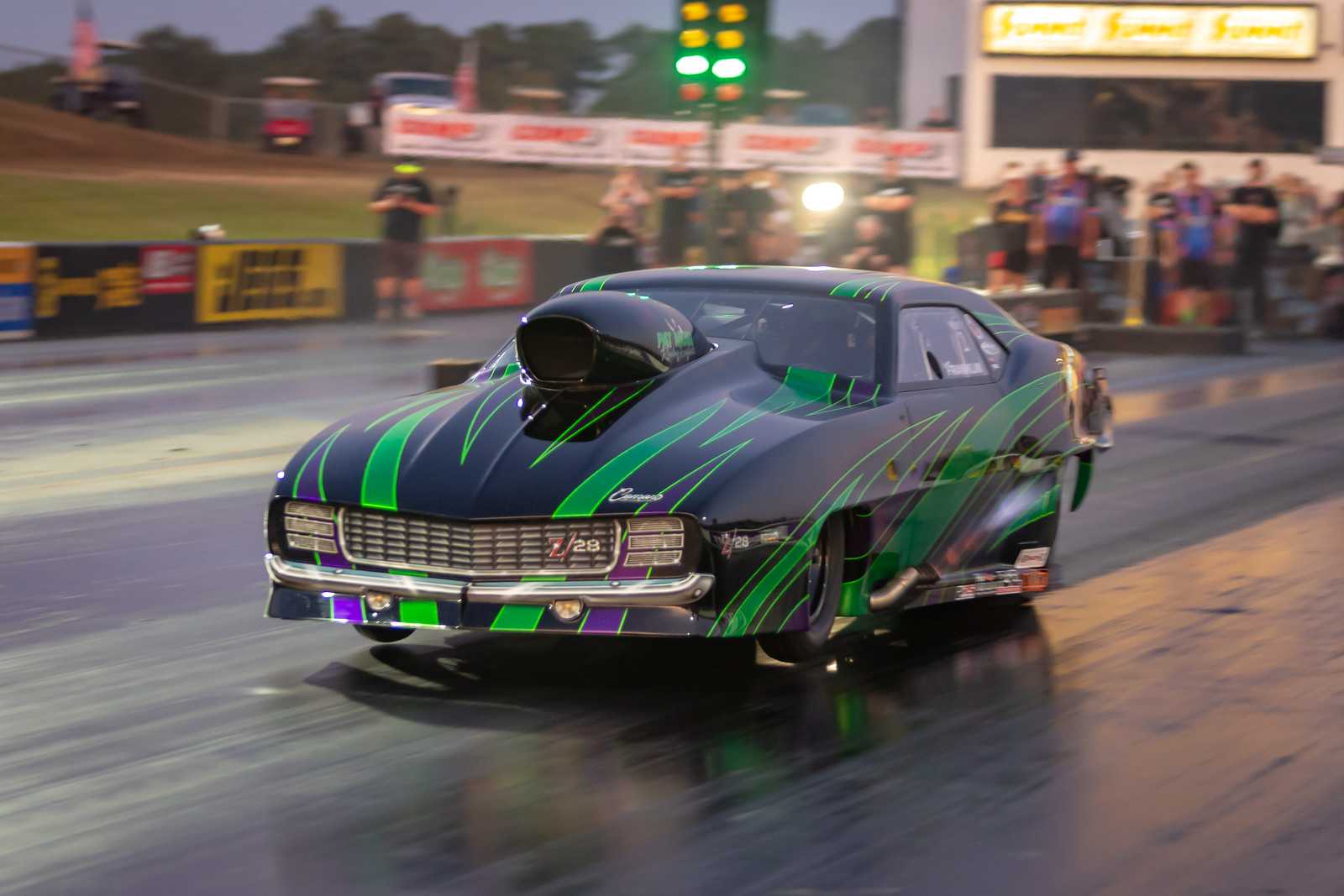 “We knew we were really going to have to work, but we were consistently in the low 3.60s, and we did what we set out to do,” Rini said. “When we got up there, it was like a final round, and watching six cars get wins made it all even sweeter.”

It was the perfect capper to what’s already been a career weekend for Rini, who qualified fifth for Saturday’s Pro Mod eliminations with a 3.640 at 206.67 in his nitrous-powered ATI Performance Products Camaro.

“The whole day has been a career-best,” Rini said. “We ran that .63 tonight and we didn’t try to push the mile per hour. But everything on the car is good, so we’re happy. We’ve got that Charlie Buck horsepower and Brandon (Switzer) has been doing a great job with our nitrous system, so we’re really happy with everything.”

He’ll have to be just as deadly on Saturday through five rounds of eliminations, but Friday’s excitement might be all the motivation the New York native needs.

“It’s going to be a long day, so we’re going to keep chipping away and then lean on it when we have to,” Rini said.