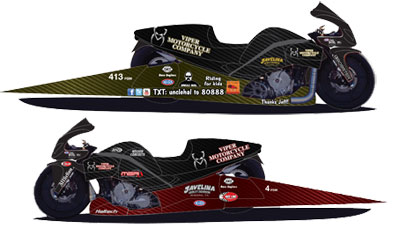 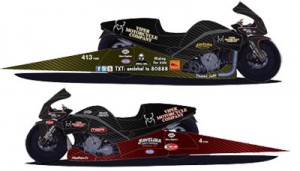 This is Ray’s first full season of NHRA competition, and Smith is the 2007 NHRA champion. Both riders will debut the Viper colors this weekend at the 5th annual O’Reilly Auto Parts NHRA Nationals presented by Super Start Batteries at zMAX Dragway in Charlotte.

“They have promoted Viper all season by using a Diamondback as a push-back bike along with a Viper display in their pit area, so it just made sense to expand our relationship with both teams during the Countdown to the Championship and continue to raise awareness for the Viper brand.”

“They build an awesome motorcycle that offers both style and performance. My goal this weekend and the rest of the season is to go rounds and hopefully win my first race.”

North Carolina native Smith also is looking forward to representing Viper Motorcycle throughout the remainder of this year, beginning this weekend in Charlotte.

“I have ridden a lot of bikes, but the Viper Diamondback is a kick in the pants,“ said Smith. “The Ilmor engine produces unbelievable power and performance. zMAX is my home track, so I want to put on a good show for both Viper and the hometown fans. We would love to be in the finals Sunday afternoon with Michael.”

John Silseth, CEO of Viper Powersports, added, “We want to show the world that the Viper brand is second to none in styling, performance, power, and reliability. Our relationship with Michael and Matt is only the beginning, as we are working with NHRA for type approval on a Viper/Ilmor-based Pro Stock Motorcycle.”