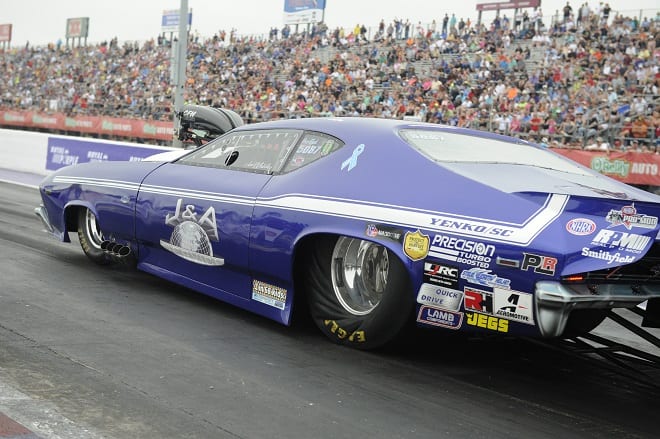 Jim Whiteley earned his first career win Sunday at the NHRA J&A Serviced Pro Mod Drag Racing Series portion of the NHRA SpringNationals at Royal Purple Raceway. This weekend’s Pro Mod racing is the second of 10 events on the season.

Whiteley, appearing in his first ever final round, defeated two-time world champion Rickie Smith to bring home the Wally trophy.

Whiteley’s J&A Service/Y-NOT Racing ’69 Chevrolet Chevelle shut off shortly after leaving the starting line, however, Smith’s late model IDG Chevy Camaro was disqualified after it shook and made an immediate right turn to cross into the right lane and hit the right wall before turning back across the lanes to hit the left wall.