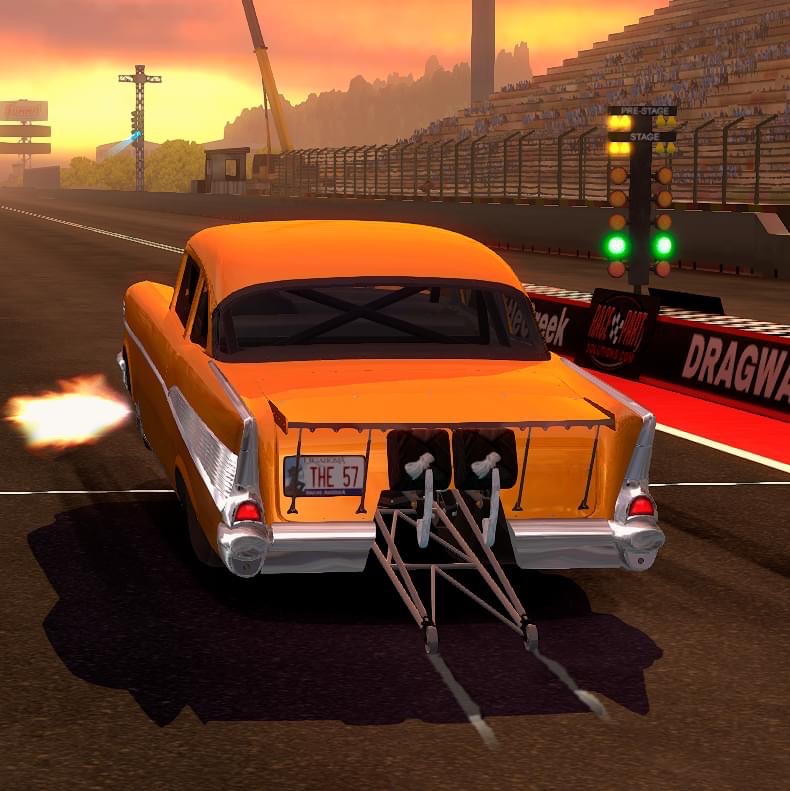 Young, tech-hungry fans of every major sport in the world have always had a wealth of options when it comes to video games focused on their sport of choice. Madden NFL andNBA 2K games fly off the shelves when they’re released, and their mobile versions on the Apple App Store and Google Play Store are similarly popular. NASCAR even has a mobile game where fans can race as their favorite drivers on their favorite tracks with super-realistic graphics.

Drag racing is in a much different situation. The last official, NHRA-licensed video game was released in 2007 for the PlayStation 2. Tony Schumacher has since added four Top Fuel world championships to his total, and Antron Brown has switched from Pro Stock Motorcycle to Top Fuel, where he’s won three world titles. The tech world has moved on to the PlayStation 5, and most games are downloaded directly onto the game console, not purchased from a physical store shelf. All this is to say a lot has changed since NHRA: Countdown to the Championship was released, and the sport has done a whole lot of nothing to keep up in the gaming world.

Sure, NHRA announced in May a new partnership with video game publisher GameMill Entertainment that suggests a new NHRA game is coming, but there’s no indication when that game will be released or what it will look like. Anyone who’s played the Street Outlaws: The List game, released by GameMill in 2019, probably doesn’t feel too excited about what the publisher has in store for NHRA fans.

Fortunately, independent developers on the mobile app stores have picked up the slack. Drag racing games have existed on the Apple App Store in some form or fashion since the beginning, from simple arcade games to realistic games that feature anything from street cars to Top Fuel dragsters and require users to upgrade parts and tune their cars. Door Slammers 2 and Pro Series Drag Racing are two examples of such games that have been on the market for a few years and have generated a sizable user base.

But a new game, No Limit Drag Racing 2, has taken over. In just a couple months, it’s become one of the top racing games on the Apple App Store. As of print time, it ranks #12 on the Racing list (Mario Kart is #4) and nearly 6,000 reviews have given it a 4.5-star average. Fans of all ages play it, from young kids yearning for a Jr. Dragster to baby boomers with actual race cars in the garage. Even stars of the Street Outlaws shows have been known to stage up against unknowing fans in online multiplayer races.

This is exactly the kind of game the drag racing world has needed. For young racing fans without the ability to get out to an actual track with an actual car, this is an entry point to learn more about the basics of the sport. For kids just looking for a fun game to play on their iPad or Dad’s iPhone, it’s an addicting way to kill time, and maybe, just maybe, they’ll find it fun enough that they’ll ask their parents to seek out the local dragstrip. For a generation with an ever-decreasing attention span, a great drag racing app like No Limit 2 is perfect: in less than 10 seconds, you know if you won or lost.

The game, developed by Zach Smith, is appealing for diehard enthusiasts, too, though. Players can purchase classic muscle cars or brand-new showroom models and build them up from bone-stock street cars to full-blown race cars capable of running deep into the 5-second zone in the quarter mile. Numerous parts upgrades are available, and players can design their dream car with custom graphics and sponsor decals from industry-leading manufacturers. Racers can test-n-tune, race against computer-generated racers, or compete against fellow gamers around the world in online races.

The online racing part of the game has taken on a life of its own, with racers setting up shootouts and class races in categories ranging from Pro 275 to Factory Stock Showdown. The “Factory Stock Shootout NO LIMIT 2.0” group on Facebook has 40 members that gather on Monday and Wednesday nights to pair up for qualifying and 16-car eliminations. The group’s founder, Dan Green, even has a custom trophy and championship ring for the points champion. Short of a check and a jacket, that’s the same prize package you’d get for winning the actualFactory Stock Showdown championship.

In just a few short months, this app has given drag racing fans what they’ve been asking for in a video game for more than 10 years. NHRA – or any other large organization whose future relies on a steady stream of new fans joining the sport – would be wise to get involved. No Limit 2 fans can already race using Lizzy Musi’s “Aftershock” Camaro or “Daddy Dave” Comstock’s “Goliath” Nova. Shouldn’t they be able to race Antron Brown’s Matco Tools Top Fuel dragster or Troy Coughlin Jr.’s JEGS.com Pro Stock Camaro, too?

Sports organizations ranging from the NFL to PBA Pro Bowling have catered to video gamers with great success. It’s time for drag racing to take the gaming world seriously as well. No Limit 2 is a huge step in the direction. The forthcoming NHRA game is also promising, but there’s still so much more potential for growth.