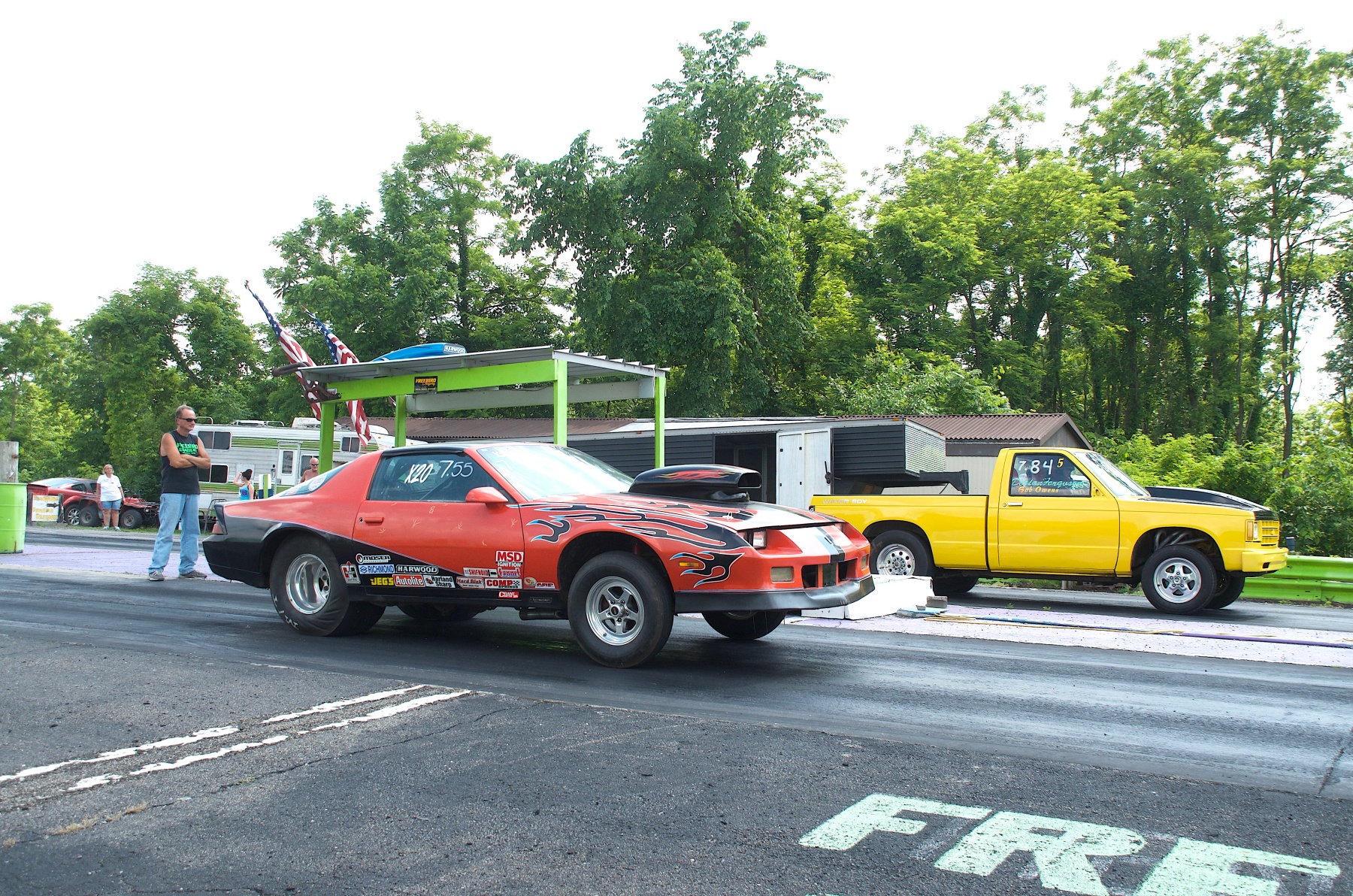 Free Bird Dragway is the kind of place you can go and enjoy virtually unlimited amounts of runs on your car in a single day, while also spending an afternoon socializing with racing friends and family. Amazingly, fishing rods and camping gear also come in handy when visiting this unlikely combination of drag racing and outdoor adventure park.

Among the best-kept secrets in eastern Ohio is Friendship Park, which is a scenic getaway with everything you’d expect along the lines of the great outdoors, and it’s also home to a unique dragstrip known as Free Bird. Each weekend, scores of race car haulers tow past multiple lakes, campsites and hiking trails in order to arrive and race at Free Bird Dragway, a cozy little eighth-mile track nestled just outside the tiny village of Smithfield, and located inside Friendship Park.

Track owner Ed Glover has been a racer here since the track opened in 1994. He bought the lease four years ago and puts special emphasis on running a family-oriented facility, with lots of opportunities to make as many runs as you please. “I don’t care if you hot lap!” he smiles. “We’re a small group that races here, and you can just about make as many passes as you want, including test runs between elimination rounds.”

George Cassidy is a racer who takes full advantage of the testing opportunities at Free Bird. Over the winter, he did extensive work to his beautiful 1968 Camaro and in June he came out to show off his new creation. “I’ve owned this car for decades,” Cassidy says. “It was originally a street car that I bought off my sister. I performed a lot of updates on the car recently, so I was anxious to see how it ran. I love coming to Free Bird because I can literally make 30 passes a day here!”

Jeff Marlin is another veteran racer who’s been coming to Free Bird since the day it opened. Marlin retired from construction work this year and enjoys racing with his family each week at Free Bird. “I started racing here with a 1966 Chevy II that my wife now drives,” he says. Marlin replaced the Chevy II with a hard-hooking 2003 Camaro, which is a 5-second, tube chassis car that he races weekly.

Marlin’s son, Jeff Jr., was the most recent member of the family to show a desire for drag racing, so they built him a great-running Chevy Vega. Marlin’s great-nephew, Cody Lish, wheels a gorgeous 1966 Chevelle SS, which is the fourth car campaigned by this one family. “We’ve got four generations out here racing at Free Bird. I live three hours away and have raced at just about every track in the eastern part of the country and it’s the people that keep me coming back here to race…they’re top notch!” says Marlin. 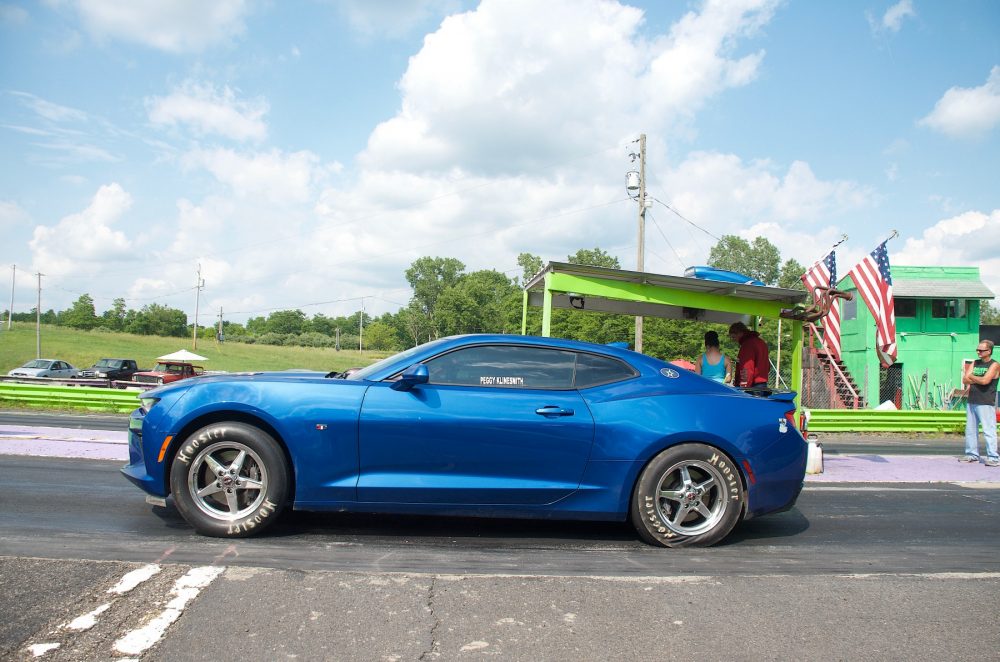 Incidentally, it was Lish who faired the best in this family on the weekend that Drag Illustrated stopped by, going all the way to the finals, but he fell just short to Peggy Klinesmith, who took home tops honors. Klinesmith and her husband, Bill, are regulars here and race a pair of Camaros at Free Bird.

At a glance, this is a perfect blend of nature and racing, but the one thing that makes this track so unique is also the very thing that’s causing concern regarding the dragstrip’s future, and that unfortunately is the park itself. The dragstrip’s lease is up at the end of October and the park board is stalling in terms of negotiating a new one. “I’ve heard they want to put a swimming pool where the dragstrip is located,” Glover says.

The board has also made comments that campers are complaining about noise, but the track says they have obtained signed papers from the campground stating that zero complaints have been made. 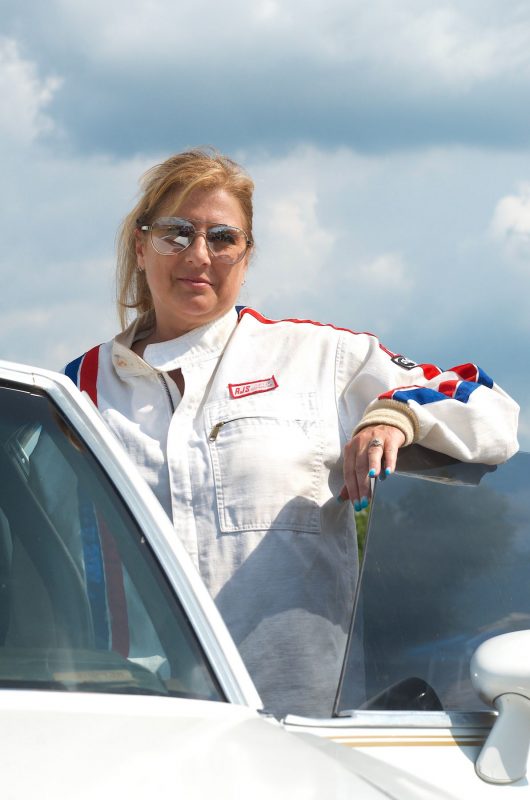 “They’re not willing to talk to us mid-year about making improvements to the track, and that’s been a source of concern,” says Robin Heald, who’s been racing at Free Bird for the last 15 years along with her husband. “At least one park board member has even gone on record by publicly stating he would prefer the track not be here.”

Heald has taken it upon herself to spearhead the effort to save the track by rallying folks together and encouraging a large group of a racers to attend every board meeting and present their case.

“So far, the only thing the park board agrees with us about is when I pointed out that the track is in better condition now than it’s ever been!” says Jeff Marlin, who credits Glover’s dedication with improving the facility. Glover used his own money to install metal grandstands, patches of asphalt and plenty of paint, and wants to make many more updates for the racers.

A bright spot for the track is realizing they’ve got the support of the county commissioners who actually own the land, but the racers fear the growing opposition from the park board might be enough to be the deciding factor regarding a future lease.

“This land was given to Jefferson County for the purpose of being a park as well as various motorsports venues, but the dragstrip is all that remains along those lines. We’re going to continue going to the meetings and let our voices be heard and hopefully we can come to an agreement,” concludes Heald.

As the October lease renewal draws near, the unity among racers has never been stronger, and they vow to continue making a strong stand to preserve their beloved dragstrip.