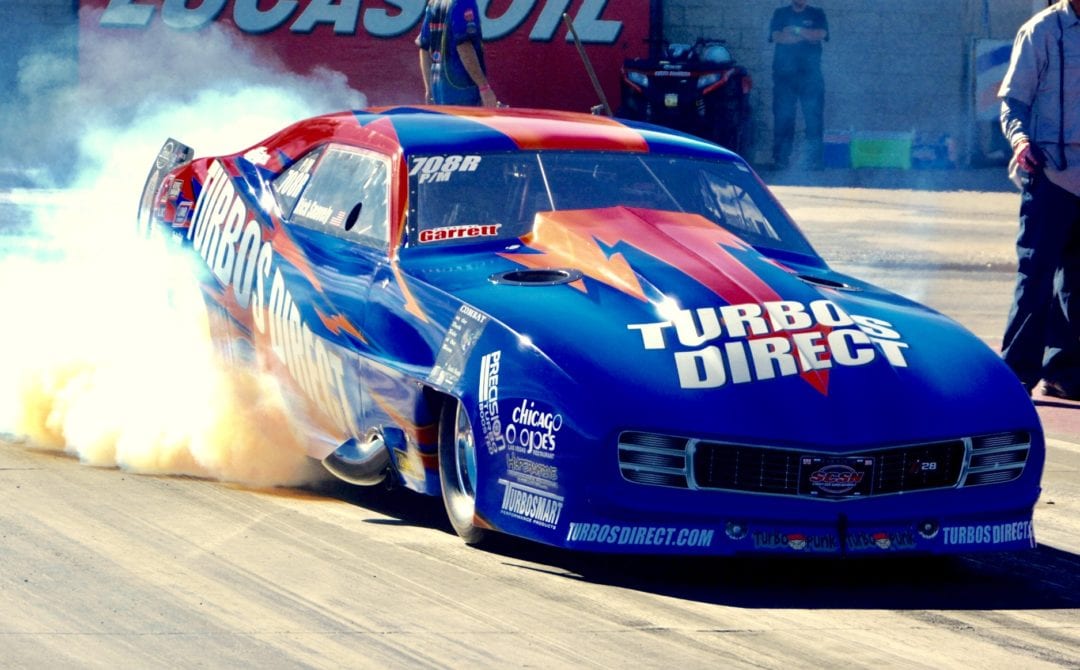 Rick Snavely knows all about thriving in the underdog role and he has a U.S. Nationals win to prove it.

Snavely will race his turbocharged Turbos Direct Camaro at Bandimere Speedway for the first time, but the Los Angeles-based driver is ready to pull off a few more surprises this weekend.

“This is it. You have to come here to this race,” Snavely said. “This race has been a major attraction. The truth is, we don’t go anywhere to lose. This would be an incredible race to win.”

Snavely knows how to perform during the high-pressure moments of big events, as evidenced by his win in Indy in 2015.

He’s raced sporadically since then – and the WSOPM will be his first race of 2019 – but Snavely feels good about his chances.

The team tested on Wednesday, putting to use a couple of theories they wanted to try for the race. They used a new tire and once they were able to get the Garrett Advancing Motion turbo to spool, Snavely was satisfied with the results.

The team put together another respectable run Thursday morning, which has only added to the confidence level of the team.

“It’s an awesome facility and we’re getting the hang of how things work here. We’ve made some good progress,” Snavely said. “Both areas we were testing were much better than when we first started. We saw some big improvements. The track is incredible and it’s just incredible to be part of an event like this. To be here, really it’s just the next level.” 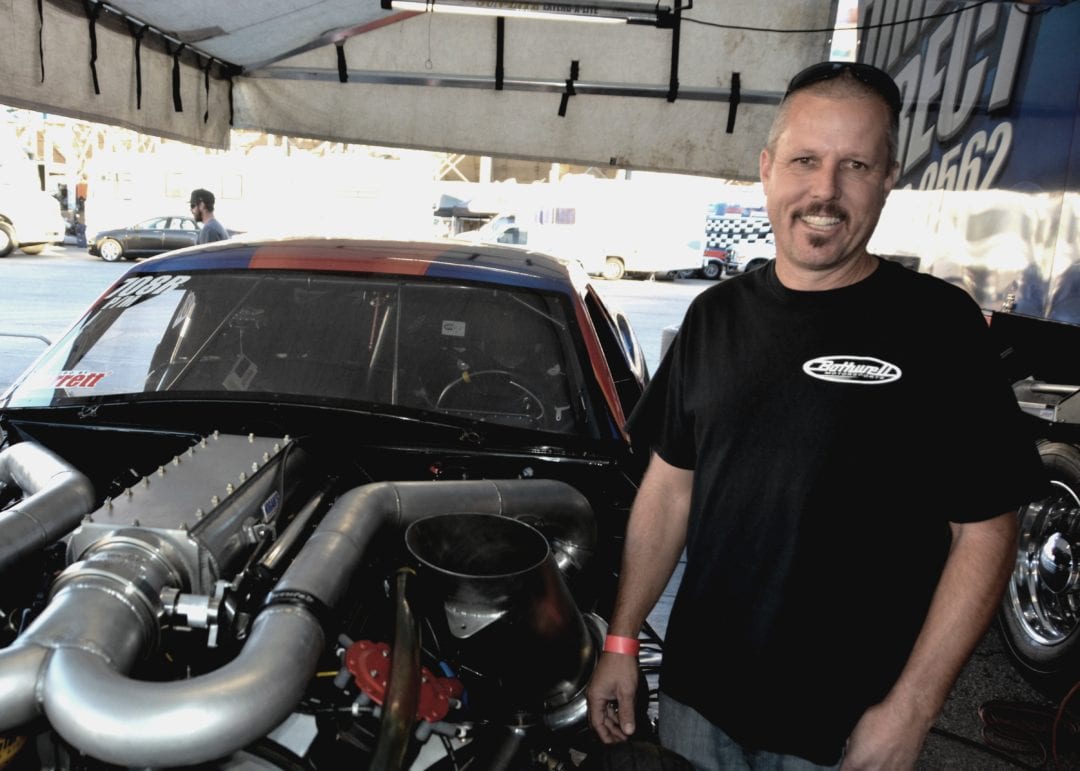 It’s a team effort for Snavely and Scott Rakestraw, the owner of Turbos Direct.

The company is on board as a sponsor for the WSOPM and after wanting to be part of the race the first two years, both jumped at the opportunity to join the participant and sponsor list in 2019.

“It’s been pretty exciting,” Rakestraw said. “Our guys have been working really hard the last six weeks and this is a race we’ve wanted to come to since they announced it. It’s a challenge racing at this altitude, but I’ve always liked this place. It’s a great track with great people, and after our second run (on Wednesday), we’re feeling a lot more confident.”

It’s great visibility for Turbos Direct, which is based in Glendale, Ariz., but Snavely prefers to do his talking behind the wheel.

He does believe the West Coast scene of racers is underrated, a point Snavely hopes to drive home this weekend, but there won’t be any grand boasting coming from the soft-spoken veteran. That comes from what he calls his “no talk, all show” attitude, and it’s a mindset that lends itself well to the high-stakes moments that will be apparent this weekend on Thunder Mountain.

His laid-back demeanor may be where the cool under pressure vibe may resonate from, as Snavely feels right at home when the pressure mounts. With $100,000 on the line, he hopes to keep a similar locked-in mindset this weekend.

“My personality lends itself to being as calm as I can,” Snavely said “I got here and I’m just so happy to be here and be part this. Plus, when eliminations start all of that pressure goes away. You just try to get into your routine.

“Everybody thinks about how great it would be to win, but to be honest, you try not to think about it too much. Scott has given me a great opportunity and I hope to represent him well. The turbo has responded great.” 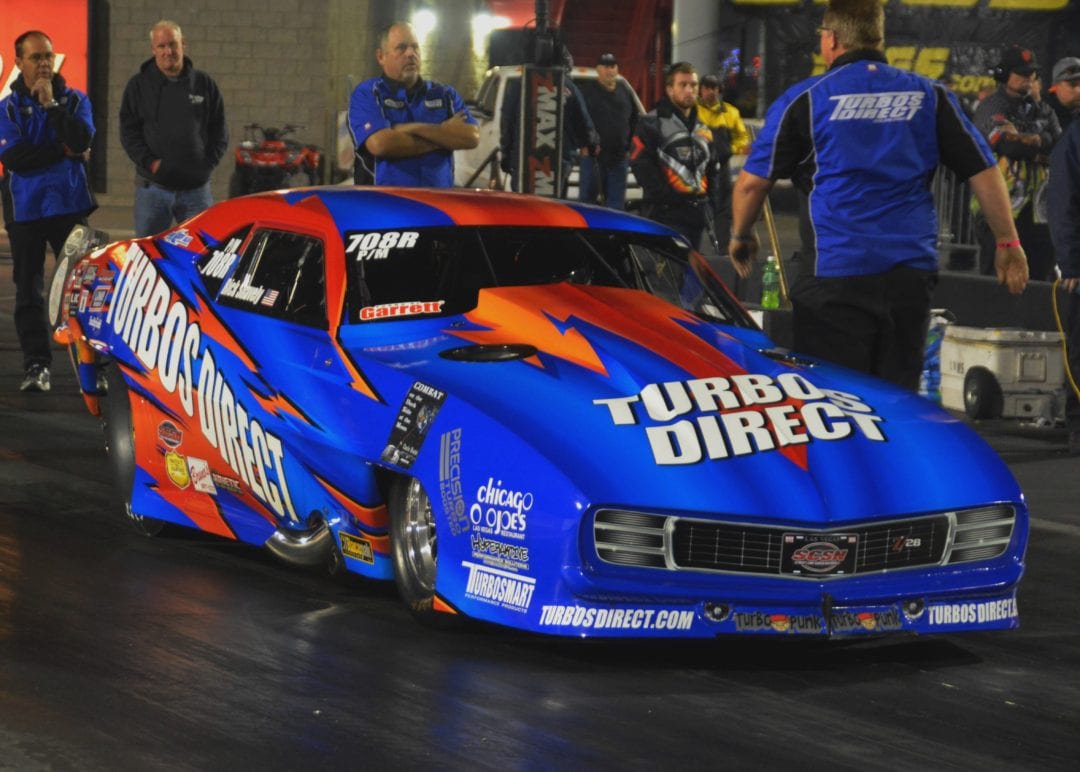