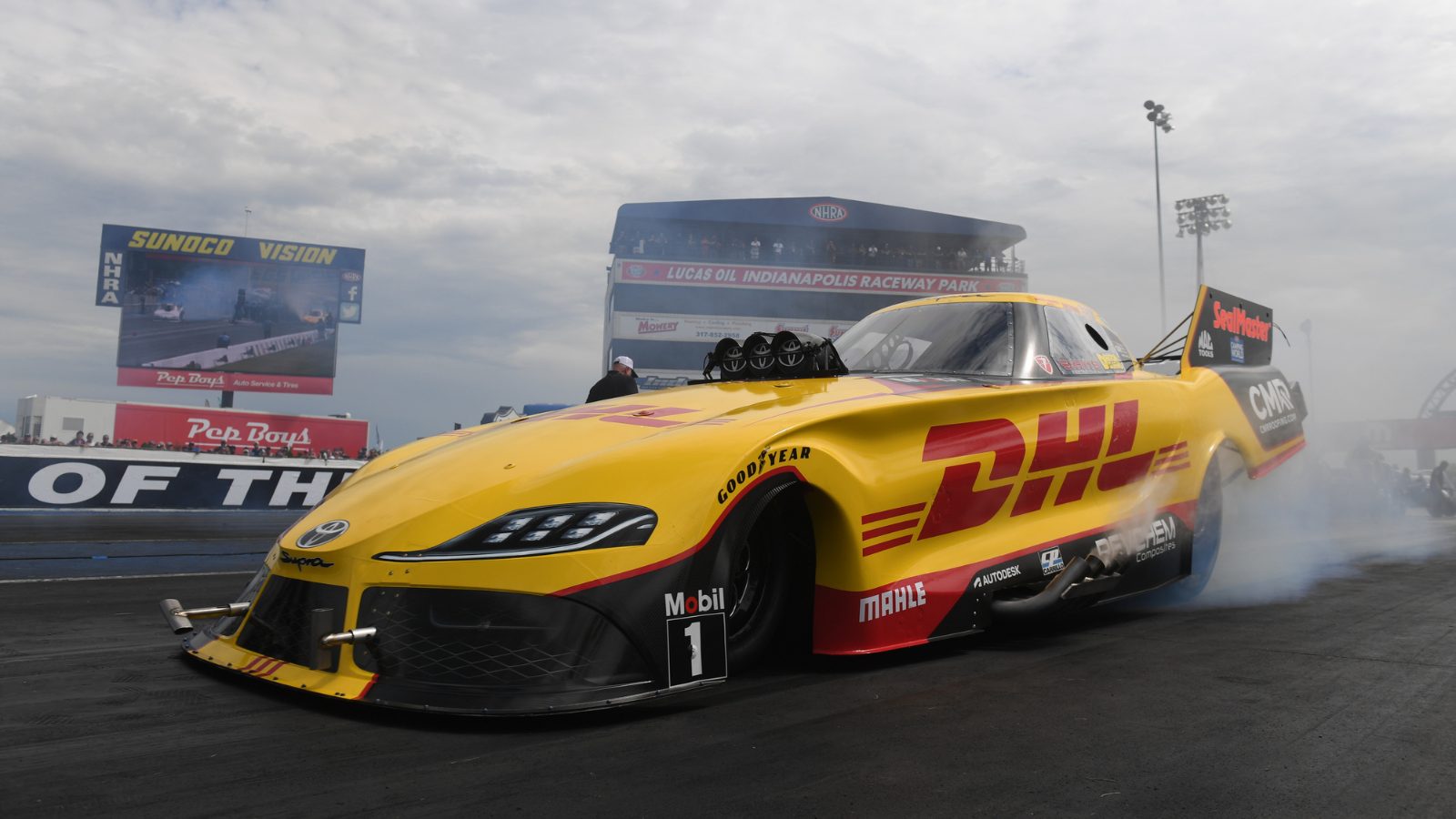 J.R. Todd and the DHL Toyota GR Supra Funny Car were racing for their third win at the NHRA U.S. Nationals and with points and half on the line they were looking to hold off any pursuers as the regular season ended today. Over three days of qualifying Todd’s Supra Funny Car steadily improved and established themselves as a car to beat on race day. In the third and fifth qualifying sessions Todd posted the fourth quickest elapsed time picking up qualifying bonus points and positioning the team in the top half of the qualified field.

Entering the first round as the No. 8 qualifier Todd faced two-time Funny Car world champion Cruz Pedregon. This was the third time the pair had squared off this season with Todd holding a 2-1 edge in the races. It was Todd’s day once again as his Todd Smith and Jon Oberhofer tuned Funny Car blasted down the track with the quickest Funny Car run of the event, a monster 3.856 second pass at 330.88 mph in front of a tire smoking Pedregon. Todd never trailed in the drag race with a .036 to .043 reaction time advantage.

“That was a great run by these DHL yella fellas,” said Todd, at the top end. “Todd and Jon have been working on a run like that for a while. We knew we could put up a good number based on what we had done in qualifying. This is the kind of race car you want for the Countdown.”

In the quarterfinals Todd drew No. 1 qualifier Ron Capps with the chance to race to his fourth semifinal of the season. Once again Todd was first off the line with a .063 reaction time and Todd was pulling away from Capps when he had to give his 11,000-horsepower Funny Car a quick pedal to maintain traction as the finish line closed in. Capps was beside him and did not have any issues sliding around Todd for the win in a Supra versus Supra match-up.

“We were right there with Capps and I had to give my DHL Supra a quick pedal,” said Todd. “The biggest take away from this weekend was how good our DHL Supra is running. I have a lot of confidence going into the Countdown and anything can happen over those six races. We just need to be at the top of our game.”

Todd will be in sixth place at the conclusion of the regular season and will trail the Funny Car points leader by 60 points when the playoffs begin, and the points reset at Maple Grove Raceway.