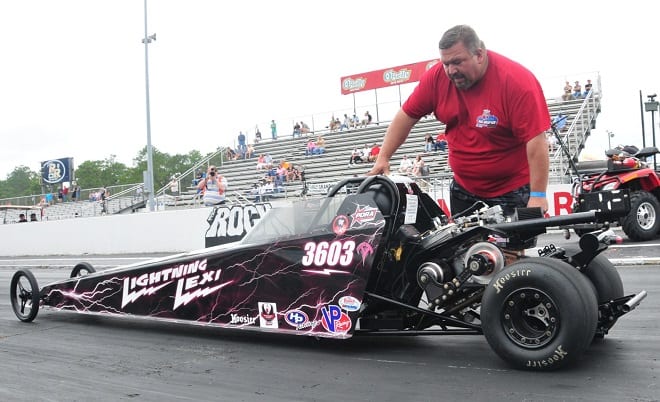 Automotive racing is one of the few sports in which male and female compete directly against one another. In the Junior Dragster ranks, female competitors are as common as male competitors, marking an increase in female participation in the sport. PDRA drivers such as Lizzy Musi and Melani Salemi continue to pave the way in the professional ranks, but this year only in Junior Dragster will you find females vying for a championship. In Top Junior Dragster (TJD) the championship has been narrowed down to two ultra-competitive, incredibly talented racers, who both happen to be female.

Alexis ‘Lexi’ Tanner is currently sitting atop the points after winning the PDRA’s most recent event, Dragstock XII in Rockingham, N.C. Sitting in second is Mia Schultz, who has two runner up finishes to her credit this year. With less than two rounds of competition separating the two, the TJD Championship is far from over.

“It’s been an amazing year,” told Lexi. “Last year I had a good start and a not great finish. This year I had a rough start, but hopefully I’ll have a good finish. Every time I get in the car I think of the things that [God Speed Ministry Chaplain] Renee said at church on Saturday. Somehow it just calms me and then I get really focused.”

Lexi’s brother, Preston, has already sewn up the championship in Pro Junior Dragster and Lexi would love nothing more than to win a championship alongside him. The siblings have never won championships in the same year before, but right now the odds are in their favor.

“We’ve been friends since we were eight,” Mia began, “but it’s not really hard to race against people I’m friends with. I just forget that I’m friends with them and just focus.”

Lexi agreed that it no longer bothers her to race against a good friend, “Every time I’ve ever been in a points championship normally Mia was right up next to me. So I’ve kind of gotten used to it.” 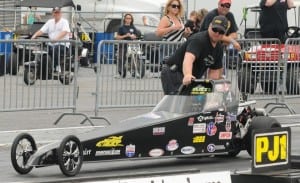 Mia already has nine championships to her credit. This level of success early in her racing career has given her big dreams and she hopes to one day compete in Pro Stock. Mia has had a great deal of support in reaching those nine championships including sponsors Huddleston Performance, Spark Plugs.com, Simpson, Lucas Oil, Jegs, Nasty Boyz Fabrication, Pit Posse, Interstate Specialties, Sandblast America, Patriot Electric, Thornton Construction, Bolt Construction, Axcel Sports, Baumbach Plumbing. “I say a special thank you to my family, especially my uncle, my parents, sister, and Jimmy the Chef,” added Mia. “Thanks to the PDRA owners and staff for such a great series, and to God for keeping me safe.”

She says she goes into each race trying to win. At the PDRA Brian Olson Memorial World Finals presented by Mel Bush Motorsports, she’ll be trying to win it all and round her championships out to an even 10. If Lexi has anything to say about it, however, she’ll be hoisting a trophy up next to her brother when the PDRA Banquet rolls around. Win or lose, however, Lexi says, “I’m very proud of my whole family, of what they’ve accomplished this year. I’m really excited and kind of nervous [for the race], but I just try to stay focused. To win a championship with my brother would be really cool.”