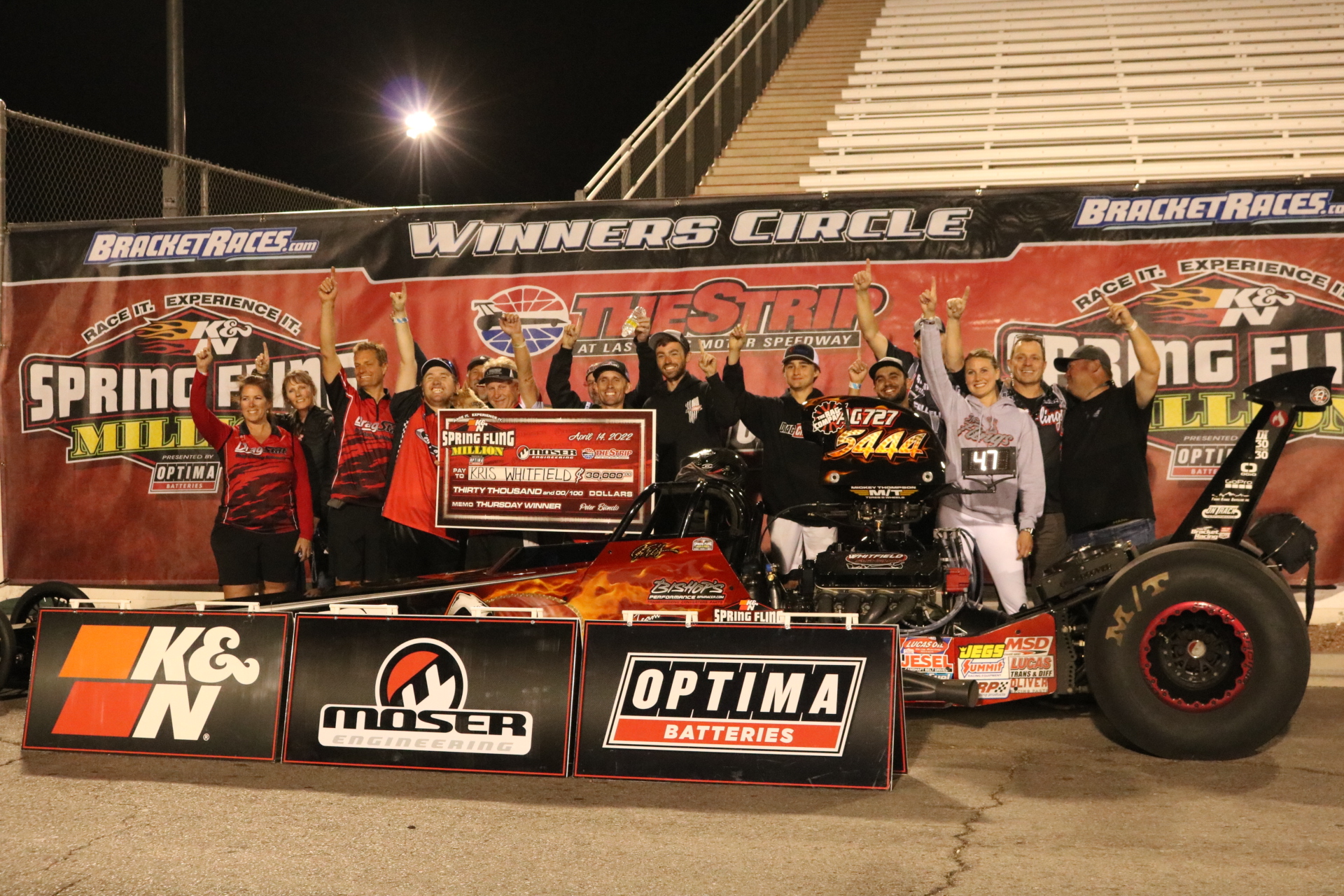 Double the celebrations were in store for Moser Engineering $30,000 Thursday at the K&N Spring Fling Million presented by Optima Batteries. While 561 racers went down the track for the first round, three drivers still remained from Wednesday night’s $30,000 Silverstate race.

As several thousand dollars in prizes were dealt the field eventually dwindled down to 16 cars and the Laris Motorsports Insurance Pro field had narrowed to two Super Stockers — the Cobalt of Justin Lamb and the El Camino of Dennis Paz. Lamb used a nearly .050 head start at the tree to secure the $1,000 bonus and a place at nine cars. He would join Chris Gulitti, Rick Milinazzo, Vinny DiMino, Gary Williams, Tim Markoglu, Justin Lamb, Kris Whitfield, Chris Northup, and Marco Abruzzi.

Five drivers came out of the other side of round seven for the quarterfinals. Markoglu had the bye after a perfect light the previous round, and Whitfield used an .011 advantage on the tree to advance past Lamb to the semifinals. Williams was .005 taking .006 to be dead-on seven to knock out Gulitti, earning himself a solo shot.

Although Markoglu held a .009 advantage on the tree, Whitfield took just seven ten-thousandths  to move on to the final. Williams locked down lane choice with a perfect light in his bye run.

Whitfield was .011 total on Williams to score his first ever Fling event win on Moser $30,000 Thursday after coming close over the years, particularly his runner-up finish in the 2021 Spring Fling Million final against Bo Butner. The victory follows his NHRA Division 7 Super Comp win just five days prior at LVMS.

Then it was time to finish off Silverstate $30,000 Wednesday, in which Laris Pro winner Lucas Walker enjoyed a bye run and Rodger Sauder ensured it would be an all-door car final after a .007 bulb and running just two thousandths under on a double breakout against Jeff Serra.

Sauder turned it .002 red to the .004 of Walker who would become the second-ever driver to come up from the Pro category to win a $30,000 event at the Spring Fling Million. An off-track incident before the semifinals resulted in Walker switching vehicles from Kevin Pollard’s Chevy Luv to the Camaro belonging to Raider Campbell. 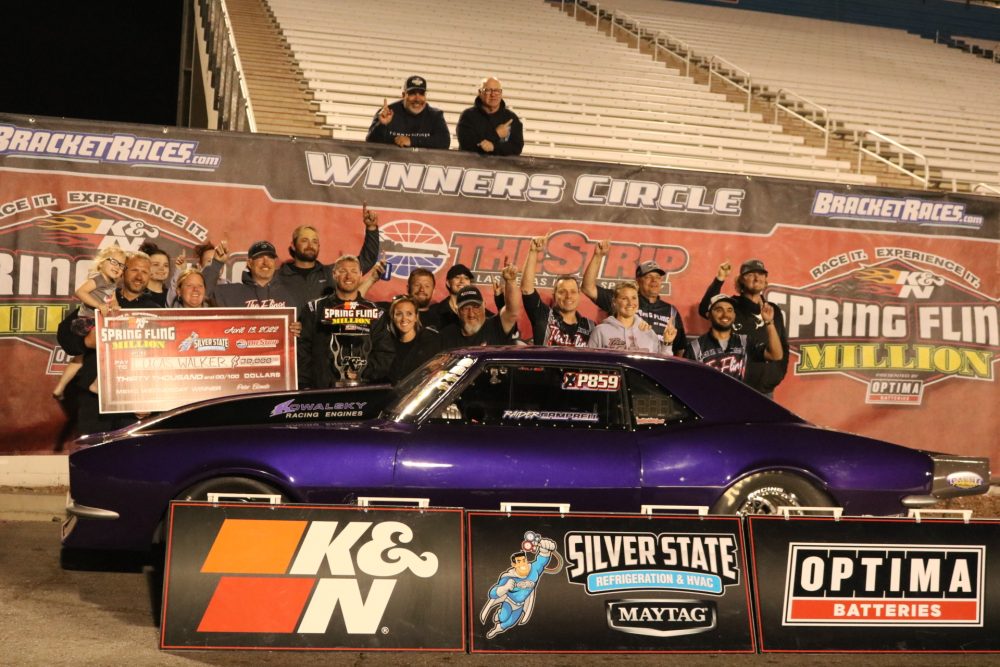 “I did it for Kevin… that’s all I could think about. I wanted to turn these win lights on for him, mainly the last one. I wouldn’t be here without Raider or Kevin. I can’t thank those guys enough,” Walker said of the win.

First round of the Silverstate Million Dollar main event will follow the Brodix Run for the $50,000 Friday morning. For $50 any driver on property can buy in — regardless of whether they run the Million — for a chance to win $50,000 for a perfect run. Best package awards include Brodix SR20 cylinder heads, $2,000, and a 2023 Spring Fling Million entry. If a perfect run is not made during the time run session, the driver with the first perfect run during the Million will win $10,000.

Event coverage will be more enhanced than ever with the addition of live timing by DragRacer.TV, a finish line instant replay camera, exclusive interviews, and in-car footage streamed live on the BangShift.com free to the viewer courtesy of Hoosier Tire and JEGS Performance.