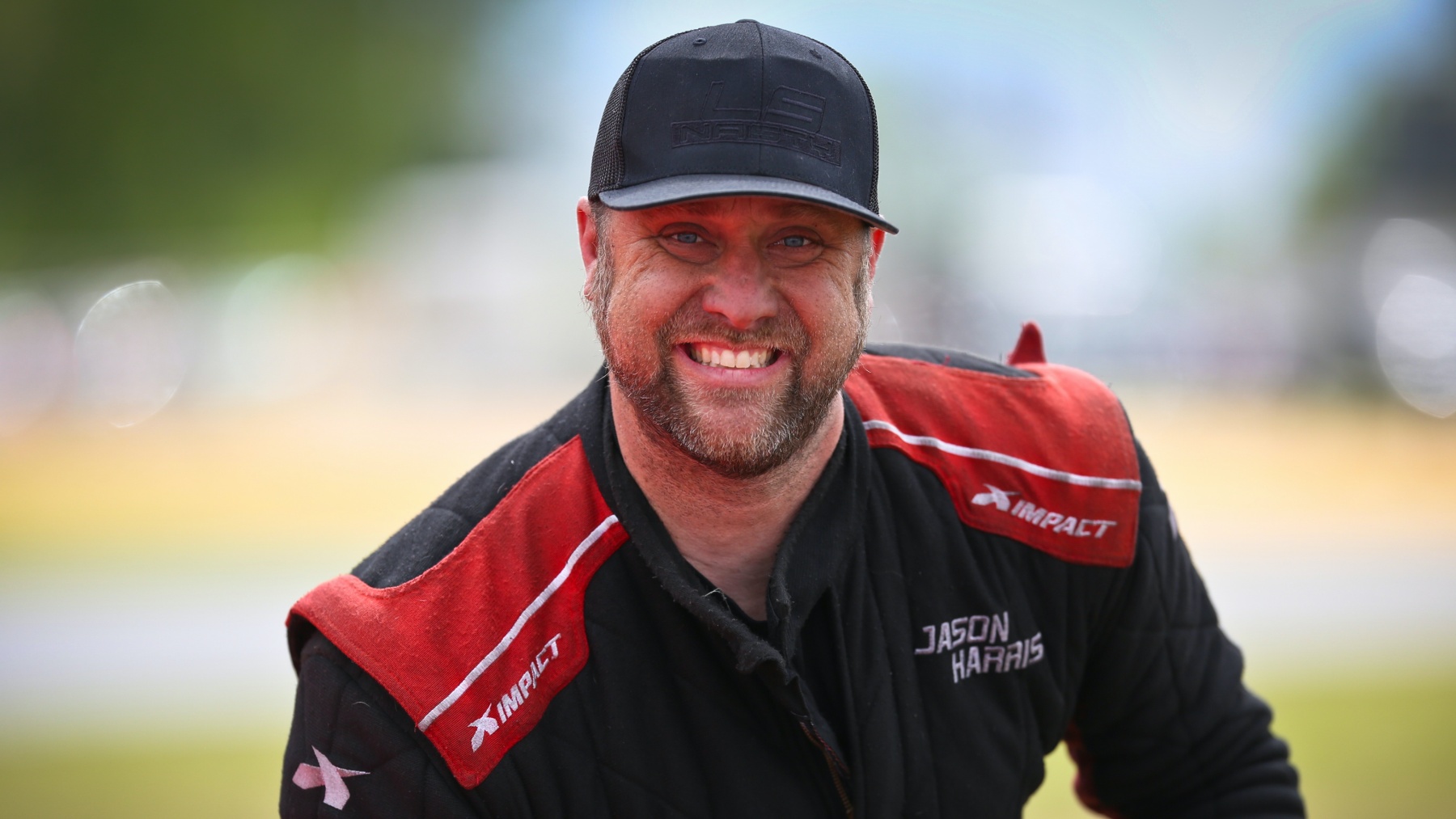 PDRA Pro Nitrous and Pro Boost superstar Jason Harris has accepted his invitation to the 2023 Drag Illustrated World Series of Pro Mod, March 3-5, at Bradenton Motorsports Park. The invite came as a bit of a surprise to Harris after he reflected on his 2022 season.

However, he’s excited nonetheless to compete for the winner-take-all prize of $100,000. Harris compared getting the call from Drag Illustrated’s Founder and Editorial Director, Wes Buck, to being one of the last girls getting asked to the prom.

“I get this text from Wes while I’m in the shop working on a race car saying, ‘hey can you talk?’ I’m like, ‘oh yeah, I can talk,’” Harris explained. “I’m super excited. This is great for the sport. The sport really needs some pizazz. Don’t even put the money in play; let’s say we’re racing for the most prestigious baddest drag racer there is.

“This is going to be the baddest drag race ever,” Harris finished.

Buck shared his enthusiasm while explaining how Harris’ name adds to the stout competition that’s to be had at the WSOPM.

“Drag racing needs the World Series of Pro Mod bad,” Buck said. “We need something that everybody can count the days until, and Jason Harris is a perfect fit for this. I genuinely appreciate Jason sharing the excitement of this with us.”

Harris compared the excitement of winning two PDRA Pro Nitrous Championships to getting invited to the WSOPM. “I can’t explain what it feels like to be recognized and invited to something this spectacular,” he continued. “This is going to change drag racing for the long haul, and it’s something that needed to be done.”

“We are going to show up with a boost car,” Harris added. “I feel like I’m going to be the most dangerous with a boost car. They’re fast, they react fast, and they’re more of an attainable goal when you want to go fast and try and win.”

Harris threw a curveball and said he’ll have his Pro Boost car and Pro Nitrous car at the WSOPM. “I may test both of them and whichever one I feel like at the time is the better car will be the one that I race,” he stated.

Harris is the latest to join the coveted WSOPM list. Visit www.WorldSeriesofProMod.com to stay updated on the latest news ahead of the event on March 3-5 at Bradenton Motorsports Park.