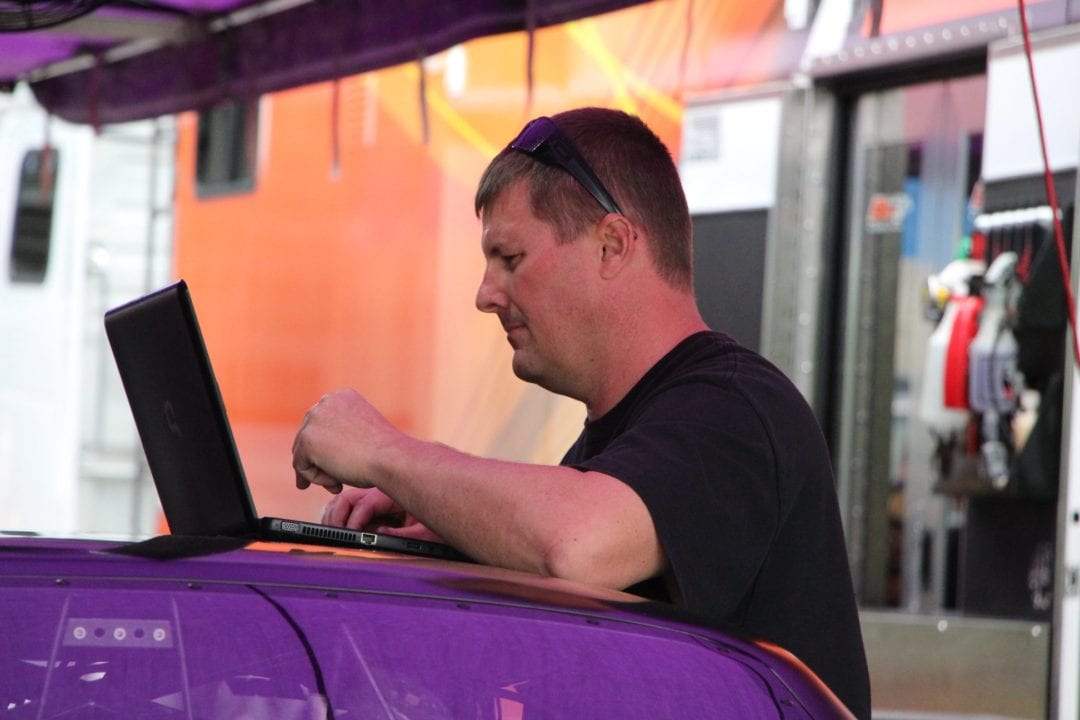 “Shame on me, I guess,” said Personett, referring to what came next – a stunning 5.717 at 256.89 blast under the lights at zMAX Dragway during the second session of Pro Mod qualifying that would reclaim the number-one qualifying position for Dubai-based al Balooshi.

“We’d run the .75 in the middle of the day, so with the air coming to us and a 100-degree race track, I knew we could really get after it,” explained Personett. “Plus, he’s [al Balooshi] always on me to try and run at the front. ‘Full boost, full timing,’ he says all the time. It’s funny and we laugh about it, but he’s dead serious – he wants to stick his chest out, he wants to go low ET and go fast.

“Typically, I’m the one who has to pull the reigns back,” he continued. “I treat this stuff like it’s my own; I don’t want to blow someone’s shit up. But on a weekend like this – where we’re running a second car and have twice the data – you’ve got the opportunity to learn fast and really get after it. When Justin [Bond] went 5.75 in the Mustang, I knew I could step on Balooshi’s Camaro and it’d take it. He clicked off that 5.71, and that’s basically when shit hit the fan.”

Besting the field by nearly three-hundredths-of-a-second, especially after a mid-season rule change that reduced turbocharged Pro Mods to 33- from 36-pounds of boost, drew the attention of the NHRA’s technical department and, according to Personett, a several-hour-long teardown ensued.

“From one end to the other – they tore the car apart,” said Personett. “They print out everything; they look at basically every run the car has ever made. No issues with the firmware, nothing out of the ordinary with the data.” 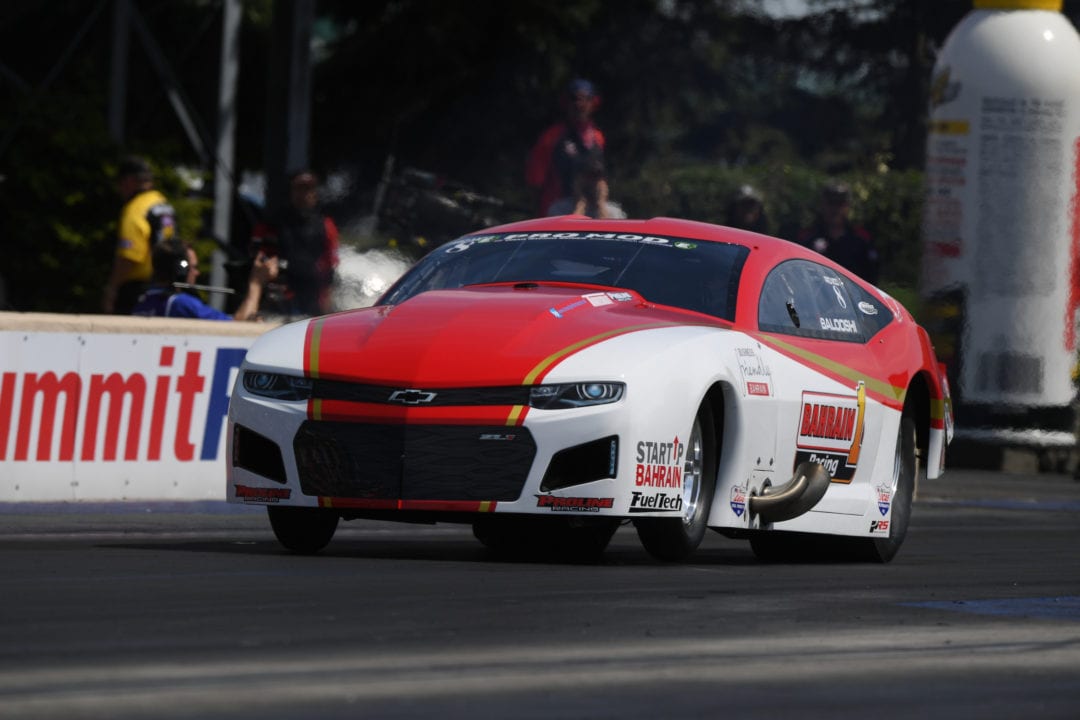 However, NHRA technical officials did identify an oddity of sorts – an air line ran to the atmosphere-side of the turbocharger waste gate, which they took issue with. While data from the FuelTech FT600 engine control software and the Hyperaktive Performance Solutions Hyperkontrol both indicated boost pressure numbers that fell within the normal, legal range, the effort made by the team to create more consistent boost throughout the course of a run by way of the aforementioned air line was interpreted by NHRA technical officials to be illegal.

According to Section 6, page 4 of the 2019 NHRA Rulebook, “No other boost controller or form of boost control is permitted” – a point continually made by NHRA technical officials as the reason al Balooshi’s pair of number-one qualifying runs were disallowed and, ultimately, the team disqualified from competition for the weekend.

“What they didn’t like is that there is plumbing on the atmosphere side of the waste gate that they don’t understand the reasoning for,” explained Personett. “That’s the big issue, but like I told them, it’s not anything I’m doing to cheat or make more power or make more boost or anything like that. I’m just trying to make the car work and be raceable; I’m working with what we have.

“The real issue here is that the turbos are too big; the wastegates are too big,” he continued. “Now that we are running the boost so low on these cars, the turbos are so far out of their happy zone, so far away from where they’re designed to work and be efficient, that this is the only way to make the car run. It’s not like the old days when we were running a clutch, leaving the starting line with the wastegates wide open. We’re racing with a torque converter; it’s just a completely different deal.”

Personett further explained that he made the effort to bring as many interested parties as possible from the Pro Mod pits over to the Bahrain 1 Racing trailer to show and describe the setup that had been called into question. More than one of his fellow competitors identified the situation as nothing short of an innovative solution to a well-known issue with maintaining consistent boost levels with twin-turbocharged Pro Mods.

“I’m not sure people really understand how far down on the efficiency level we are with this engine and turbo combination at the boost level we race at now,” Personett said. “These turbos, basically, are in a constant surge – it’s like an airplane going into a stall. The boost gets up to the maximum limit – 33 psi – and the turbo starts to get happy, then the wastegate opens up and it drops 1 to 1.5-pounds below max boost level before the electronic boost controller will turn around and let the boost go back up. It’s constantly chasing itself. You start doing that multiple times during the course of a 5.8-second pass down the drag strip and you’re just giving up so much – we might as well be pushing the brake. All I’m trying to do is manage how violently the wastegate opens up, try to minimize that surge. That’s it.”

At this point, though, it’s a situation that’s not up for debate. Personett, Balooshi and company will have to move forward and put the situation behind them.

“Of course, I’m not thrilled with the situation,” said Personett. “I don’t want there to be any perception or belief out here that I’m a cheater and I don’t want that reflected on Bahrain 1 Racing or Balooshi. I’d rather not race than cheat – it goes against everything I believe in. I’ve worked on this stuff for too long to throw it away just to try and qualify No. 1 out here. Personally, I don’t believe we were doing anything against the rules; I don’t think you can find anything in the rules that says what we’re doing was explicitly illegal. But, I guess it is what it is.”