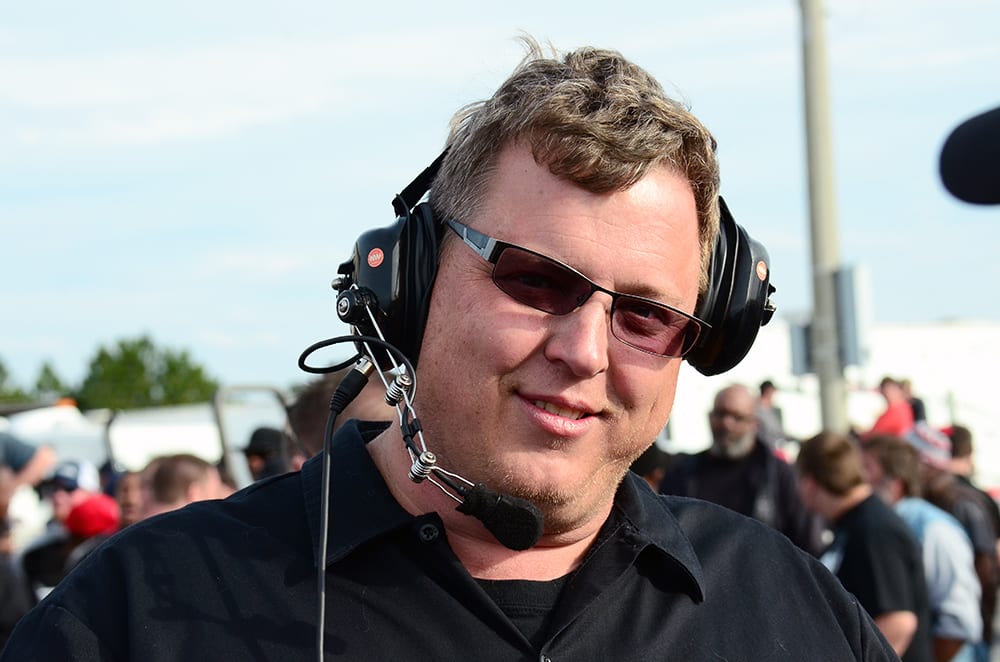 After graduating with a Bachelor’s degree in Mathematics from the University of Texas at Austin, with majors in deaf education and audiology, Billy Stocklin briefly taught at the Austin School for the Deaf. He went into the construction field after that, but these days he’s most often seen at the race track serving as crew chief on practically any power combination that tackles the eighth- or quarter-mile strip.

This February, at the big Lights Out 6 drag radial event at South Georgia Motorsports Park, Stocklin was calling the shots for Jason Michalek, who qualified number one in the marquee Radials vs. the World class before bowing out with a spun thrust bearing in the quarter finals. Afterwards Stocklin admitted a mechanical failure like that may not have immediately stopped him in his younger years, but he’s come to realize his driver’s safety trumps all other calls.

“There are a lot of ‘what ifs?’ in these cars and a lot of guys might think about the expense of the parts and stuff, but for me, I just don’t want to get anybody hurt,” Stocklin stressed. “I’ve been down this exact road before and it ends with all the parts outside. It just makes a mess and then you mess the racing up for the other guys behind you. It was just time to stop.”

Regardless, Stocklin still got a taste of victory, as the man he’ll be tuning throughout the PDRA Pro Nitrous schedule this year, “Stevie Fast” Jackson, ended up winning the race in a screw-blown ’93 Mustang owned by good friend and Schumacher Racing Top Fuel crew chief Phil Shuler.

Stocklin recently sat down with DRAG ILLUSTRATED to discuss his career so far and his approach to tuning in multiple disciplines.

Why do you continue to tune different combinations? Why not specialize?

I like being diverse. There are lots of guys around that are really, really specialized, and I see that there’s merit in doing one thing and just getting that combination very, very worked out. For me, I like the challenge of jumping around; it just makes it more fun. It’s always a new challenge, and not just a challenge to make things work, but to challenge myself to succeed in different venues.

Is it all cumulative knowledge in the long run?

Absolutely, one-hundred percent. When I went racing Pro Stock, I thought, ‘God, this is really not much fun; they don’t have a lot of power.’ It was a lot of physical labor and a lot of taking transmissions apart and rear gears and working on that stuff. But then it grows on you. And then you get to where you enjoy that very much. And then when I move on to a different experience, you realize the experiences that I gained there really help in the other things. Lessons I learned in small-tire racing I applied to Pro Mod so when I jumped into the Pro Mod racing I kind of hit the ground running.

My first kind of bigger experience with the Pro Mods was in 2010 when I helped Doug Riesterer and Frankie Taylor and we won the championship with Frankie and we ran real good with Doug’s car. It was fun because the micromanaged philosophy I had from the Outlaw 10.5, ORSCA, Texas King of the Hill stuff that I started out from, I was just applying that kind of micromanaged mentality into the big-tire cars that some of those guys weren’t doing as much and it worked.

Back in those Outlaw 10.5 days, did you have any aspirations then of becoming a professional crew chief?

No, not at all. I was running my car and I took it down because I wanted to do some updates and the class was kind of spiraling away from my economic limit of what I could handle. That’s when a very good friend of mine, Cory Wheat, he asked me for some help when the guy who was helping him at the time, Scott Walter, who used to be Tony Christian’s crew chief, he couldn’t make it so I went with him and we won the event and he paid me and I thought, ‘Wow, this is great!’

What about the future? Would you like to follow your friend, Phil Shuler, into nitro racing someday?

I think anybody that’s a tuner and says that they don’t want to race Top Fuel is a liar. But Phil is probably also one of the smartest individuals I know. He is really, really detail oriented and just a really good guy. He’s very on top of everything, very intuitive and I don’t know if I’m the quality or caliber of person that could do that, but it sure would be fun to try. It’s the top of the heap, like trying to control the uncontrollable.

What do you think makes a good crew chief?

There’s a tremendous amount of people skills involved, too. You have to manage the people. You have to manage the relationship between the owners and the guys on the ground. You have to know when to put them together and went to keep them apart. Keeping up with inventory and parts and staying abreast of current technologies. Knowing when it’s time to move out and start moving into new technologies. It’s multifaceted, like trying to solve a Rubik’s cube but the colors on the dots are always changing. So even every time you get close, you’ve got to kind of start all over again because it’s an unsolvable riddle.