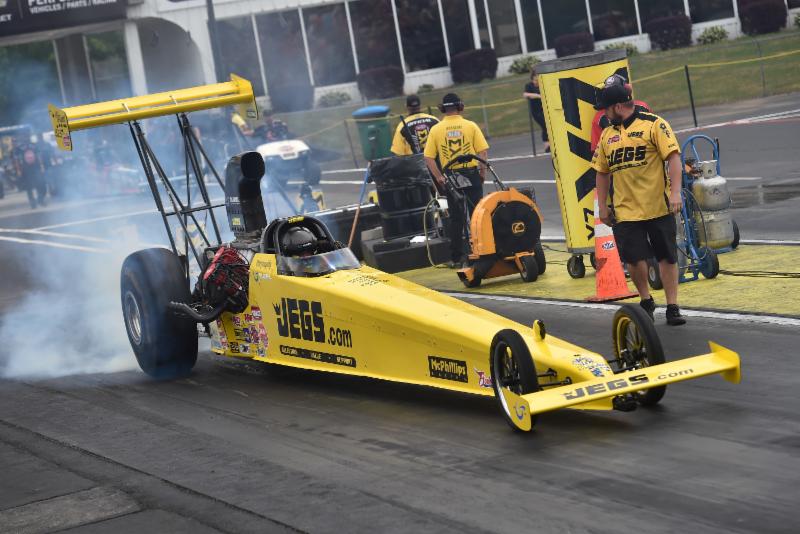 Only a few races into his Top Alcohol Dragster career, Troy Coughlin Jr. drove the JEGS.com McPhillips Racing rail to the winner’s circle by dominating the Cavalcade of Stars presented by Budweiser Sunday in what was clearly the best car of the meet.

“Winning this race in this car with this team, right here in the great state of Ohio at this track, it just doesn’t get any better,” Coughlin said. “To be the No. 1 qualifier and convert that into a race win is very satisfying. I’ve known from the start this McPhillips Racing team was capable of winning and dominating like this and to have it come together after just a handful of starts says a lot about this tenacious crew.”

It’s the 13th victory for the Delaware, Ohio native but his first in the Top Alcohol Dragster class. He’s previously won races in Super Comp, Super Gas and Super Pro, and also has competed in Top Fuel and Pro Mod, where he was rookie of the year in 2015.

“Rich McPhillips and his son Rich Jr. are phenomenal tuners,” Coughlin said. “My crew guys, Duke Roney, Andy Good and Charlie Wrotten on the dragster and Justin Beaver on my other racecars, they are all top-notch mechanics. My dad (three-time and reigning Pro Mod champ Troy Coughlin) and my fiancé Brenna (McCullough) give me all the support I could ever need. Racing with my Uncle Mike (Coughlin) and my sister Paige (Coughlin) also is fun because we can share in things like this together. 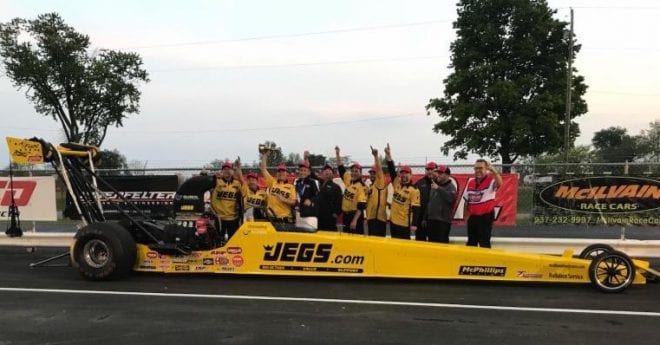 “We also welcomed Global Electronic Technology as one of our sponsors. They were with me last year when I was running Top Fuel and they wanted to support this effort so we’re happy to add them to JEGS, McPhillips Racing, Boninfante, Audubon Service and ford8and9inchrears.com.”

Troy Jr. qualified No. 1 with a best pass of 5.303 seconds at 276.52 mph and beat John Paul Gutierrez, Mike Kosky and Brandon Greco to score the trophy.

Although they ended the day in the winner’s circle celebrating Troy Jr.’s amazing day, Mike and Paige both exited in Round 1 at the same event, Mike in Top Dragster and Paige in Super Comp.

At the 30th annual Menards NHRA Heartland Nationals presented by Minties in Topeka, Kan., it was a similar fate for six-time world champion Jeg Coughlin Jr., who left the starting line -.005 seconds too early to lose on a red-light start to Elite Motorsports teammate Matt Hartford.