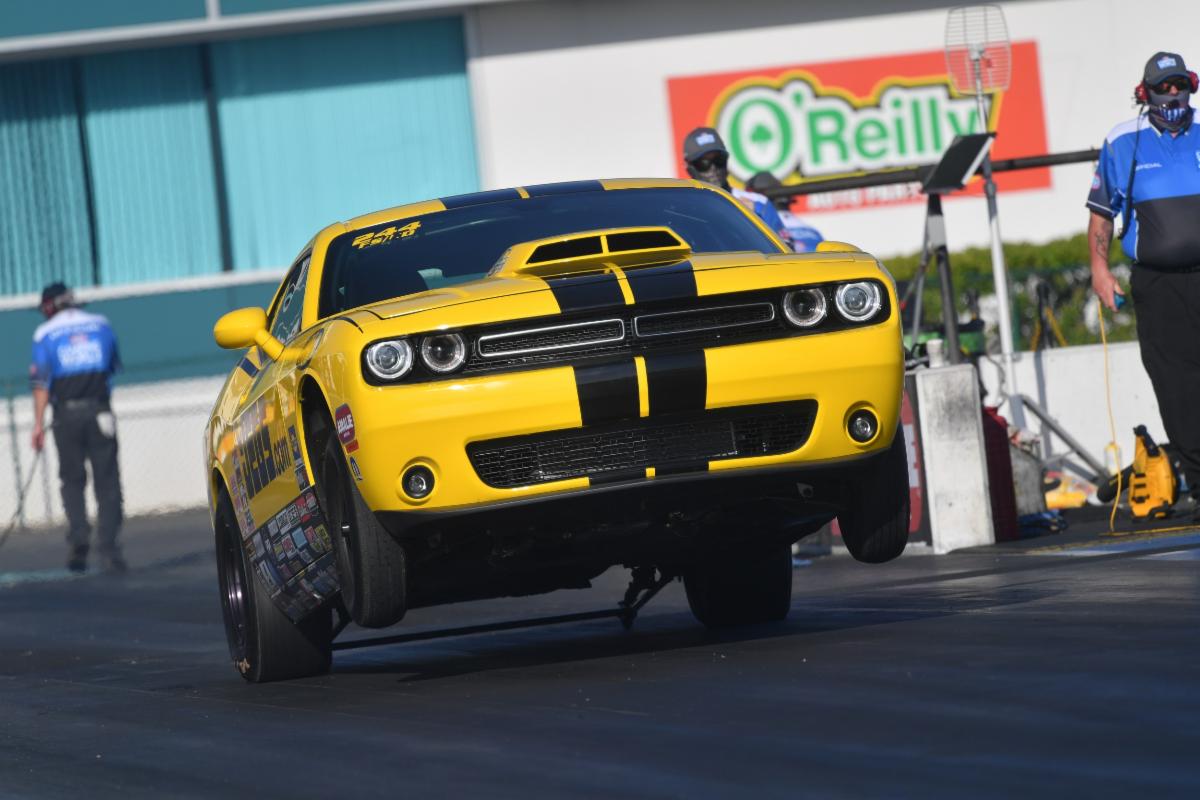 Hailed as the grandaddy of them all, the U.S. Nationals is a must-win for straight-line racers. Those lucky enough to have won in the past — like Troy Jr., Mike and Taylor — simply become hungrier for more in an effort to further cement their names in history books.

“Indy is where the magic happens,” said Troy Jr., a two-time U.S. Nationals winner, having won Super Comp in 2010 and Super Gas in 2014. “It’s such a historic place and the list of past winners includes all the bigs. Plus, you know all the best drivers are there every year so it’s incredibly hard to win. If you’re a drag racer, you have to earn a Wally from the U.S. Nationals. It’s a must. 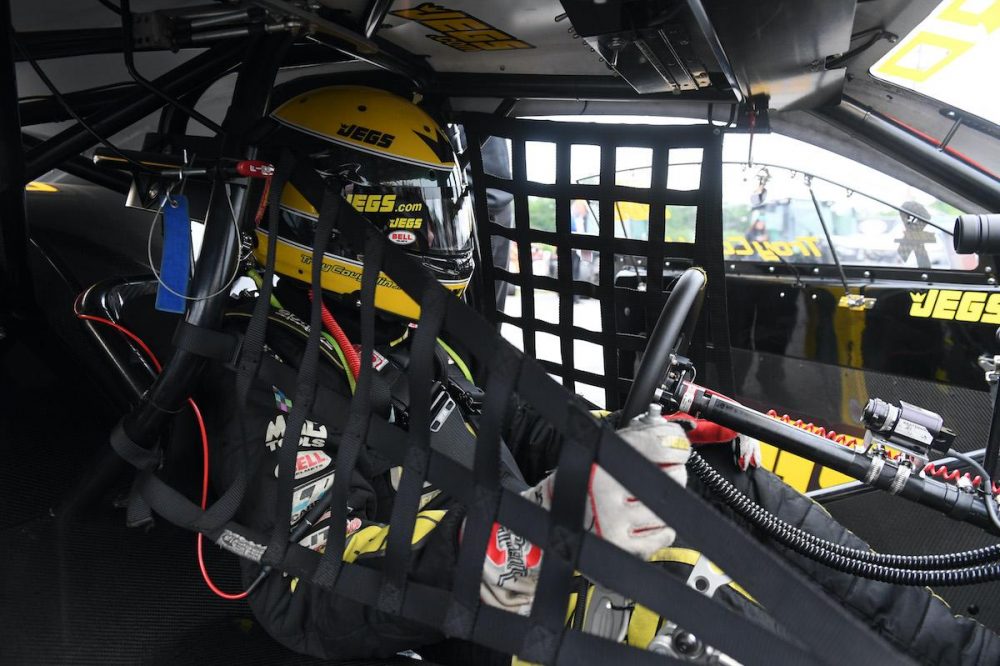 Currently seventh in the Pro Stock rankings with a pair of final-round showings, Troy Jr. needs another solid weekend in his JEGS.com Elite Motorsports Chevrolet Camaro to secure his spot in this year’s Countdown to the Championship.

“This is the final race before the playoffs so we’re looking to continue the momentum we’ve gained and make a great run at the championship,” Troy Jr. said. “If I can get off the pedal when I’m supposed to then I know we can contend because Mark Ingersoll (crew chief), Kelly Murphy, Steven Hurley, Eric Luzinski, and Kyle Bates always give me a great racecar. They are so efficient and professional, it’s exciting to be around them.”

When Troy Jr.’s not racing himself, he’ll be taking in all the action in the JEGS Allstars event, a special race for the top 80 sportsman racers drawn from the NHRA’s seven geographic regions.

“As big as the U.S. Nationals are for professional racers, the JEGS Allstars are absolutely huge for Sportsman racers,” Troy Jr. said. “To have the Allstars race at the U.S. Nationals is almost too much to take in. Our director of racing at JEGS, Woody Woodruff, had already made the Allstars a huge deal, and now that he’s got it moved to Indy, it’s become a dream scenario for these racers. I hope to catch all the action I can.”

Aside from the Allstars, Troy Jr. also will be rooting for his Uncle Mike, who is racing in Top Dragster, and longtime family friend and three-time Indy champion Taylor, who is racing in both Stock and Super Stock. 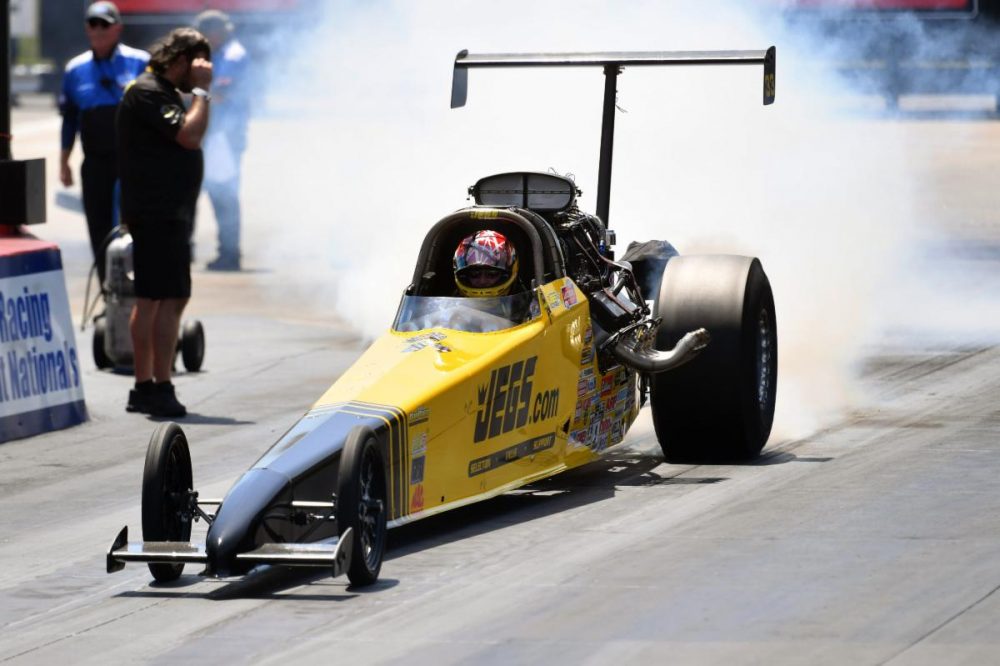 “It’s so great to be racing the U.S. Nationals again,” Mike said. “After we won in Truck back in 1999 and 2001, we switched classes and missed out on coming here because they weren’t contesting Top Sportsman or Top Dragster. Now they are again and it’s been a thrill these last few years to have a chance at another U.S. Nationals title.

“I feel about as good as I have all year. I’ve been struggling a bit with my driving so I took my niece Paige’s dragster to the Fling bracket race and learned a whole lot about myself. I really feel I regained the discipline and focus it takes to win and I credit last weekend’s attitude adjustment for that. It was a big confidence booster.” 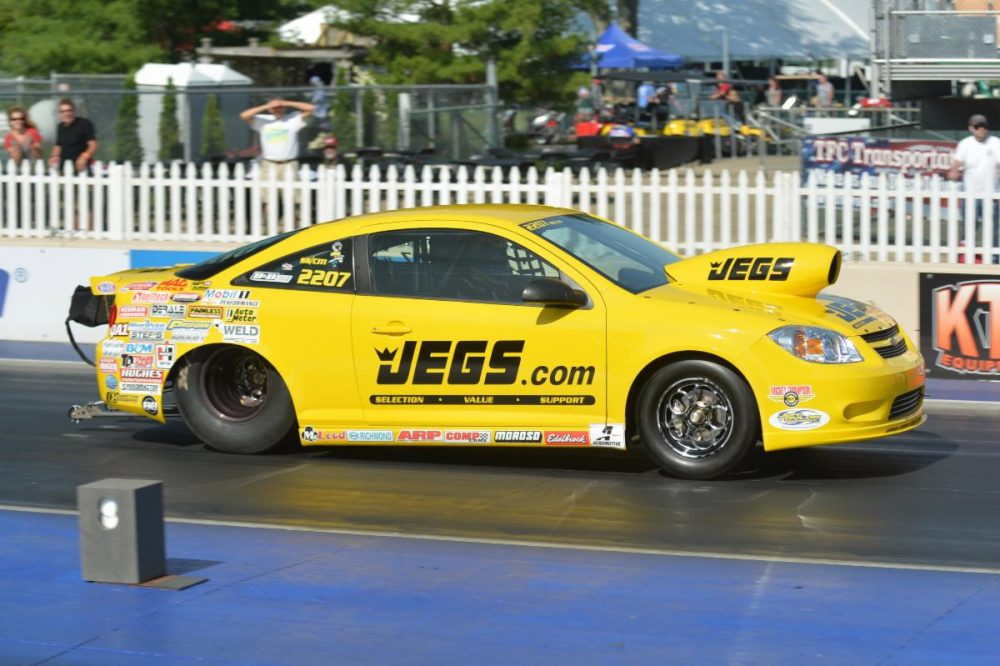 “Now I’m only two wins away from my 50th one so why not make it happen this weekend in Indy, the biggest race of them all?” Taylor said with a laugh. “Sounds like a good plan until you factor in the 127 other drivers in each category that don’t care one bit about my feelings.

“It’s super special to be in an elite group of racers who have won Indy. I always call it an endurance race because for the Sportsman classes you have to be here Tuesday through, hopefully, Monday night, if you want to win. The key to winning here is to stay focused for that long. A lot of people tucker out after three, four days and start thinking about home and work. It can be mentally draining.

“I’d love to get another win for the Coughlin family. It’s always a pleasure to race with the entire JEGS team. These guys know what it takes to win, they make sure you have it, and everyone is pulling in the same direction. It makes it a lot of fun.”