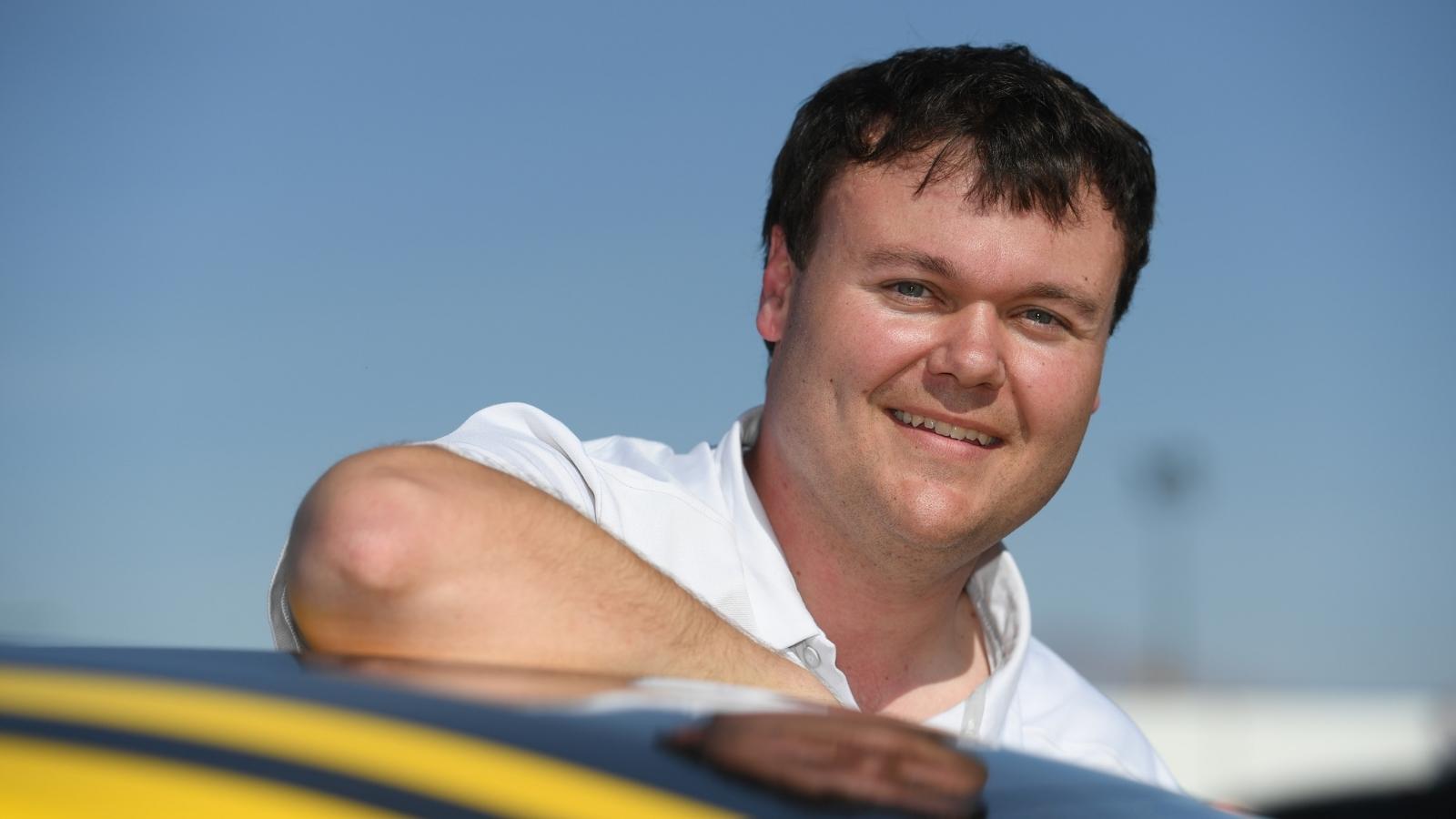 NHRA Pro Stock driver Troy Coughlin Jr. finally got his first win at the Flav-R-Pac NHRA Northwest Nationals in Seattle, Washington. It’s a win that’s been alluding the 32-year- old for a couple of years. A Pro Stock Wally was always just a tick away. However, Coughlin Jr.’s black and yellow Camaro was running at top performance, plus with a bit of luck, he was on the right side of the finish line during the final leg of the Western Swing.

Coughlin Jr. was brutally honest about the struggles he faced before driving to his first Pro Stock win. “There were dog days,” he admitted. “There were lots of dog days. There were days that I thought, ‘man is this going to come, or is it a day of bad luck.’”

It looks like luck was on Coughlin Jr.’s side, as well as a stout support system of Kyle Bates and Kelly Murphy. “It’s more than a team – it’s a family. It’s very exciting,” he said, explaining that his team is what makes Coughlin Jr. the best he can be. “It’s very majestic to win for a group like that. It’s beyond winning for yourself. There’s more to it than wanting to turn on four win lights for your own gratification.” The Ohio native explained that there’s more to it than just racing and winning for yourself. Bates and Murphy give him the tools to compete and win. “It’s an absolute blast for the passion they have and for the love they share for each other and the game of drag racing. I can’t wait to go to Topeka.”

The Menards NHRA Nationals Presented By PetArmor in Topeka, Kansas, is right around the corner. Coughlin Jr. explained that he’s not changing up much, if anything, as he enters the race on August 12. “I think you approach every race the same,” he said. “You stay calm and stay focused.”

That doesn’t mean he’s not ready to win another race, and quite frankly, there’s no “honeymoon” phase to his first win. “You want to win them all and absolutely want to crush them, especially being on Team Yellow,” Coughlin Jr. confessed. “We call Kelly Murphy ‘pitbull’ for a reason. He’s tough, and we need to turn on win lights to keep our ‘pitbull’ happy. We want to keep going.”

The NHRA Pro Stock class competition is tough, and Coughlin Jr. knows there’s no time to give up. “There’s definitely no give me’s in Pro Stock whether you’re making a qualifying run or making a run in the third round. You have to be completely on your game, ” he said. Speaking of being on his game, Coughlin Jr. has one of the best drivers in current Pro Stock times on his Elite Motorsports team – Erica Enders. The Jegs.com pilot had to drive around Enders in the finals and another great in the class,

Greg Anderson. “Wow – to run Erica, your teammate, is just a true testament to how awesome the group is and how fantastic the engine shop is at Elite Motorsports,” he said.

With his first win in Pro Stock, Coughlin Jr. has been able to do something many drivers won’t. He is now a winner in four NHRA classes – Pro Stock, Top Alcohol Dragster, Super Comp and Super Gas. However, it’s Pro Stock that Coughlin Jr. feels he’s found his place. “Pro Stock is home,” he stated. “It doesn’t feel like home; it is home. I grew up around it and followed it. I was a fan for so long at the fences. I’m one of those nerd- geeks that loves to be there and wants to compete.”

When Coughlin Jr. returned home to the Jegs Headquarters, he was welcomed with “a lot of nods and a lot of ‘atta boys.’” His family is no strangers to winning. Between his uncles, father and grandfather, the Coughlin family has wracked up close to 130 National event wins. Coughlin Jr. knows you can’t get too high with the highs or too low with the lows. “Not only is drag racing a humbling sport, but Pro Stock is an extremely humbling class,” he stated. “That’s something my Uncle Jeg, my dad, and all of my uncles have gone over and over with me. It’s a humbling class, and it’s not for the weak. It takes a lot of focus, and you have to get into it and dig deep.”

That’s what Coughlin Jr. intends to continue to do – not only for himself but his Elite Motorsports team. They collectively won nine out of the 11 races this year. When asked if the team could maintain the wins, Coughlin Jr. proclaimed, “I know they can.” He continued, “The guys are going to keep making music in the dino room. As far as driving goes, I’m going to stay focused and relaxed. I’m going to do my job and do my best to bang gears, let the clutch out and turn on win lights.”