The NHRA Traxxas Nitro Shootout for Funny Car, scheduled for Saturday’s rain-delayed completion of the Mac Tools U.S. Nationals presented by Auto-Plus, has been postponed until the AAA Texas NHRA Fall Nationals at the Texas Motorplex on Sept. 22. Heavy overnight rains in the Indianapolis area forced NHRA officials to delay the start of racing and didn’t allow enough time to run the $100,000 specialty race. 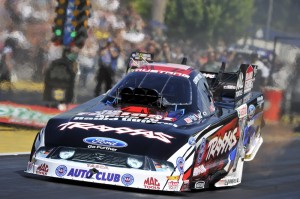 “We are disappointed for the fans at Lucas Oil Raceway that they aren’t able to take part in the NHRA Traxxas Nitro Shootout for Funny Car,” said Graham Light, senior vice president of racing operations, NHRA. “We are excited that the Texas Motorplex can host the event which will now take place in the shadow of the Traxxas company headquarters and in front of the many Traxxas employees in the area.”

Traxxas, the fastest name in radio control, is based in Plano, Texas, just north of Dallas.