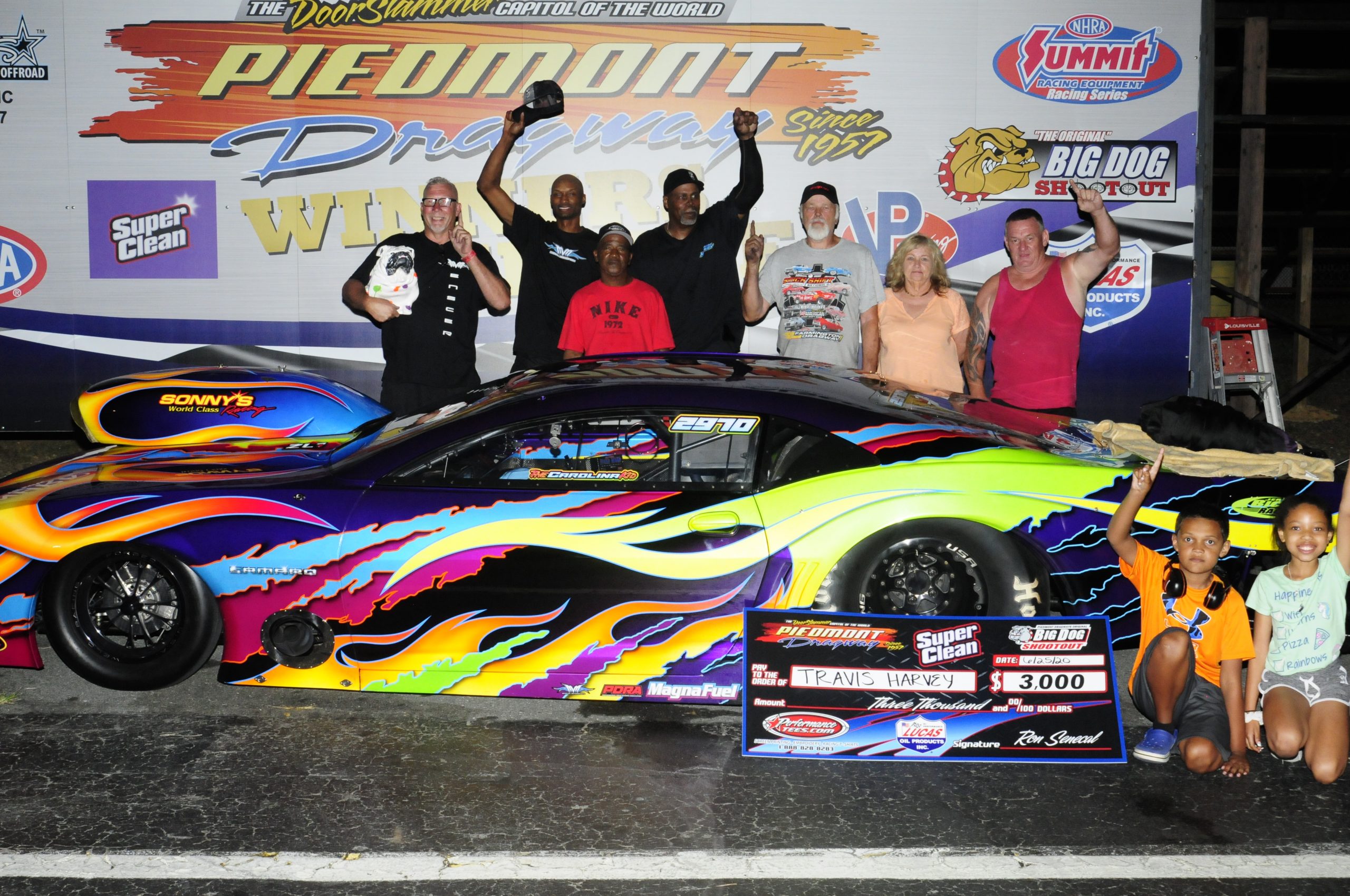 The second event of the 2020 season for the stars and cars of the Piemont Dragway Big Dog Shootout was held on a humid evening in June due to the events of the year. The fact that Travis Harvey and Jason Harris met in the finals was like old times. But we need to look at qualifying and the runs made during the evening. With $200 up for grabs for low qualifier, all caution was thrown to the wind and Harris ended up with the award of $100 from M&M Transmission and Lee’s Collision, each.

With Jason Harris’ Wine Racing ’69 Camaro in the #1 slot, and $100 in each hand, second was Travis Harvey, in the Miles Trucking Camaro. Harris’ 3.968 was just a tick faster than Harvey’s 3.987. New motor tuning may have deterred most but the Harvey team rose to the occasion with a sub-4-second run in the heat, as did Harris. Position three through seven were all 4 seconds or above with Cam Clark third at 4.030, Robbie Keziah next at 4.069. Fifth was 2019 Champ, Brian Shrader, himself with a new motor combo from Gene Fulton, at 4.071. Sixth was Justin Wall, on a mission to go fast or use up parts with a 4.121 and Bubba Turner was seventh at 5.731.

Eliminations were set up according to a draw of the chip from General Manager Kevin Shipmon, with Harris and the Wine Team getting the bye. First out was a huge race with Harvey taking on Shrader with a 4.02 to Shrader’s 4.06. Next up was Robbie Keziah with a 4.05 over Turner’s 4.60. Next up was Justin Wall unloading a 4.06 to defeat Cam Clark’s holeshot .008 light and a 4.14. Then Harris ran a statement run with a 3.949 at 185.33 mph.

Second round was Harvey at 3.97 to defeat Keziah 4.02. Then Harris used a 3.94 to defeat Wall’s 4.53. This set up a familiar duo for the final. Both young men grew up at Piedmont, each in their own way, and have become tremendous competitors in fast doorslammer racing, no matter where they are competing. With that said, Harvey put a holeshot move on Harris with a .017 light to a .054 for the win, even though the Harvey Camaro went 184 mph to Harris’ 185.5. 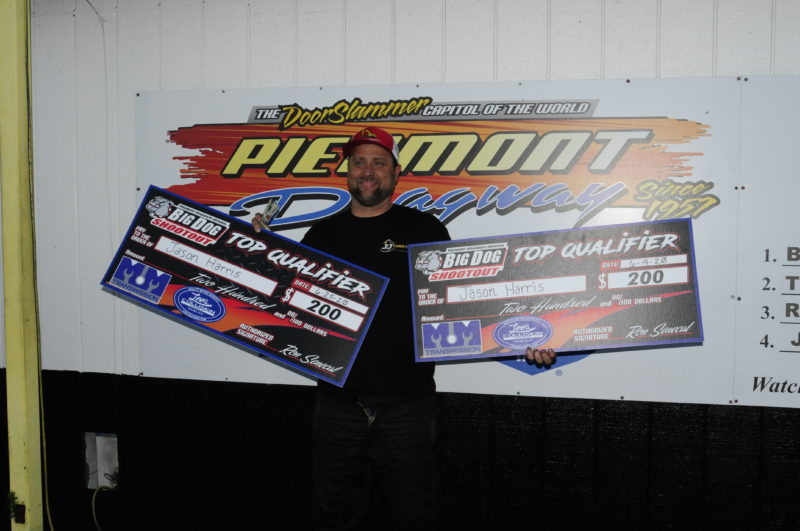 Stay tuned to round three of the Big Dog Shootout, with all sorts of new cars on the horizon. With new motors everywhere, and pictures already floating around of finished products, the rest of the season shapes up to be the best yet in the history of the “DoorSlammer Capital of the World”.

Next on the schedule is July 16, when the Big Dog competitors will again try to tame the tricky track at historic Piedmont Dragway, providing the best in “cow pasture racing” since 1957.