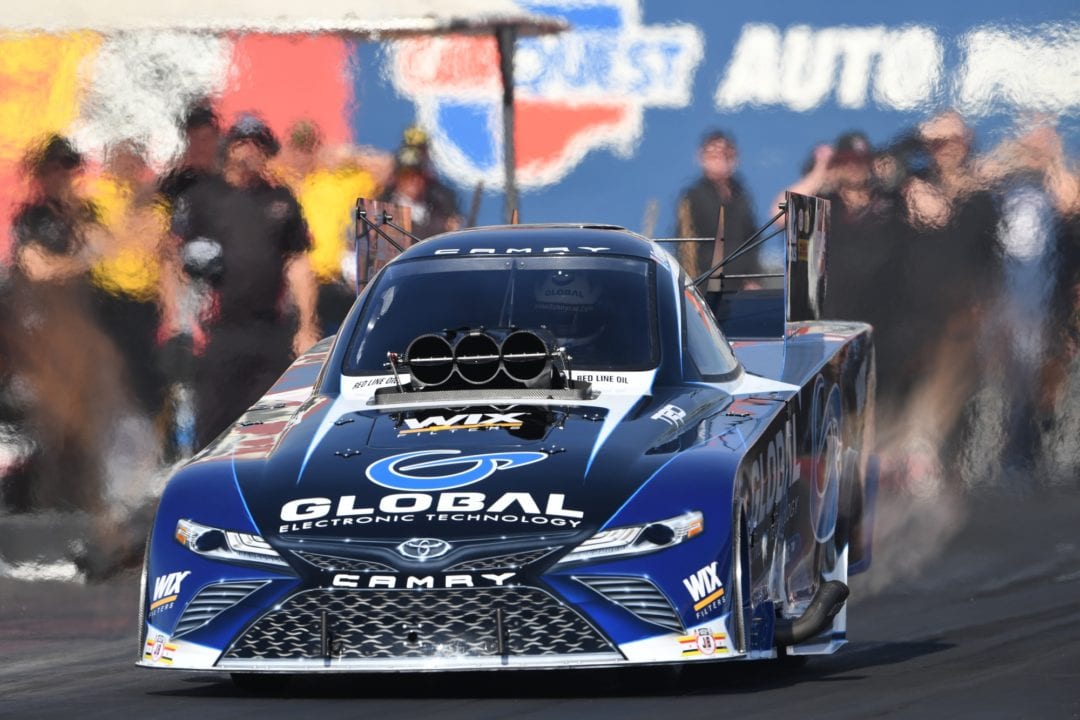 GLENDORA, Calif. – Toyota has extended its agreement to serve as the Official Car of NHRA. As such, the distinguished automotive brand will have a season-long presence at NHRA Mello Yello Drag Racing Series events and will be featured prominently in NHRA’s television broadcasts.

“As NHRA continues to grow, it is an absolute pleasure to have Toyota extend our partnership,” said Brad Gerber, chief development officer for NHRA. “As we continue to push the limits within NHRA drag racing, we will continue to push with Toyota as our partner in new initiatives like the recent Unfinished Business competition.”

“Toyota is looking forward to extending a relationship with the NHRA that dates back to 2002,” said Laura Pierce, General Manager, Motorsports, Toyota Motor North America. “Having served as the Official Car of the NHRA since 2014, it’s provided a platform to work with our local dealers and regions, as well as being able to promote our Toyota product lineup to a very loyal NHRA fan-base across the nation.”