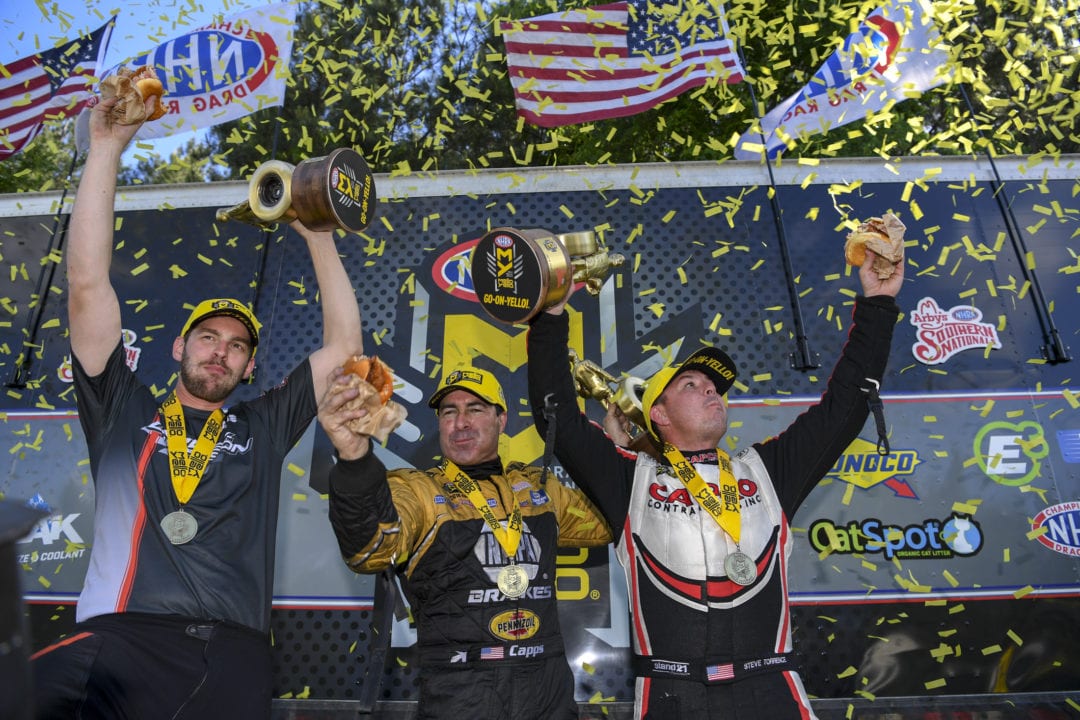 Torrence, whose first career Top Fuel win came in Atlanta in 2012, used his 3.863-second pass at 320.20 mph in his Capco Contractors dragster to defeat Brittany Force’s 3.989 at 274.00 in a final round matchup that featured the top two qualifiers of the weekend and the two most recent Top Fuel world champs. It is the 29th career win for the Top Fuel points leader and third at the track.

Torrence, who became the first repeat winner in the class this season, also picked up round wins against Luigi Novelli, Scott Palmer and Shawn Reed to earn his second victory in three years at Georgia’s House of Speed.

“When you have a group of guys that sticks together and that continuity is there, that’s the reason for success,” Torrence said. “As a driver, I need to do my job and give them the best driving ability I possible can because they’re giving me the best race car they possibly can. My guys are second to none and I would put them up against anybody out here. We went down the track every time we needed to and we’ve had a really good car. It’s really cool to have Arby’s out here and be the first guy to ever win the Arby’s Southern Nationals.” 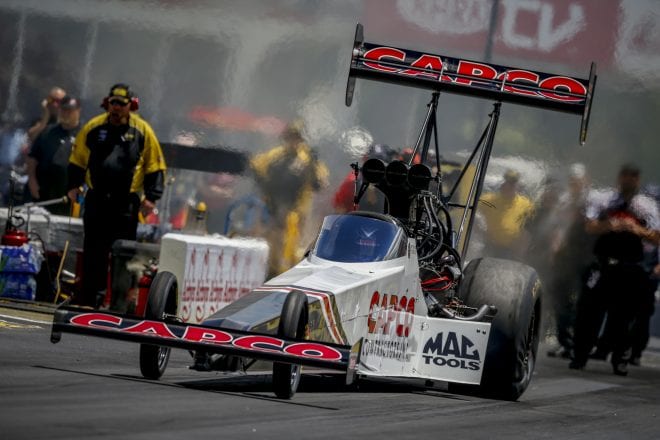 Force, the No. 1 qualifier, reached the final round with wins against Cameron Ferre, Antron Brown and Jordan Vandergriff.

In Funny Car, Ron Capps secured his first win of the 2019 season in his NAPA Auto Parts Dodge Charger SRT Hellcat, going 4.068 at 315.34 to win on a holeshot against Tim Wilkerson’s 4.052 at 310.05 in the final round. It also gives Capps his 62nd career victory, continuing his impressive string of 11 straight seasons with at least one win.

“An average race car driver could have probably won in that car today,” said Capps, whose first win with crew chief Rahn Tobler came in Atlanta in 2012. “This was a car you dream about driving. Rahn Tobler pulled out the vintage Rahn Tobler, and that just gave me more and more confidence. It was just amazing and to get a Hellcat win was huge.”

Five-time Pro Stock Motorcycle world champion Hines earned his second straight victory, third overall of 2019 and 51st in his career after going 6.865 at 195.05 on his Screamin’ Eagle Vance & Hines Harley-Davidson to defeat Jerry Savoie in the final round. It also marked the 100th career win for Harley-Davidson in the class, a streak that Hines started with his first career victory in 2004.

It was another noteworthy accomplishment for Hines, who became the first rider to claim 50 wins in the class last weekend and has three victories in four races to open the 2019 Pro Stock Motorcycle season. The class points leader beat Melissa Surber, Ryan Oehler and Hector Arana Jr. to reach the final round.

“It was a good day and my motorcycle is nothing like I’ve ever had in my career,” said Hines, who now has three wins at Atlanta Dragway. “It’s working really well and doesn’t do much wrong. All in all, it was a fantastic day. To get 100 wins for Harley-Davidson, it’s monumental. It was a very big struggle at first, and there’s been trials and tribulations, but it’s really nice to get the 100th.”

The Mello Yello Drag Racing Series continues May 17-19 with the Virginia NHRA Nationals at Virginia Motorsports Park in Richmond, Va. 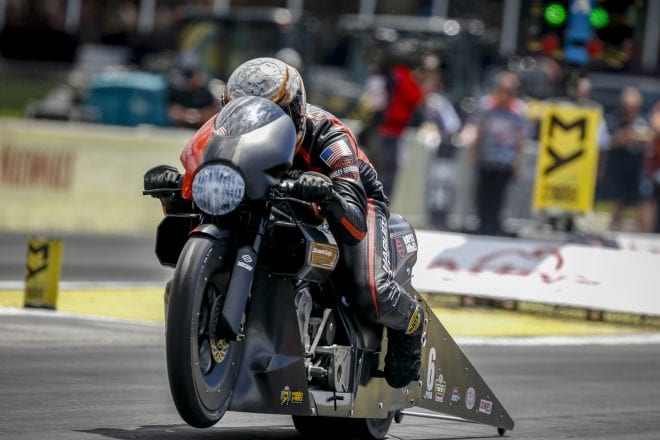