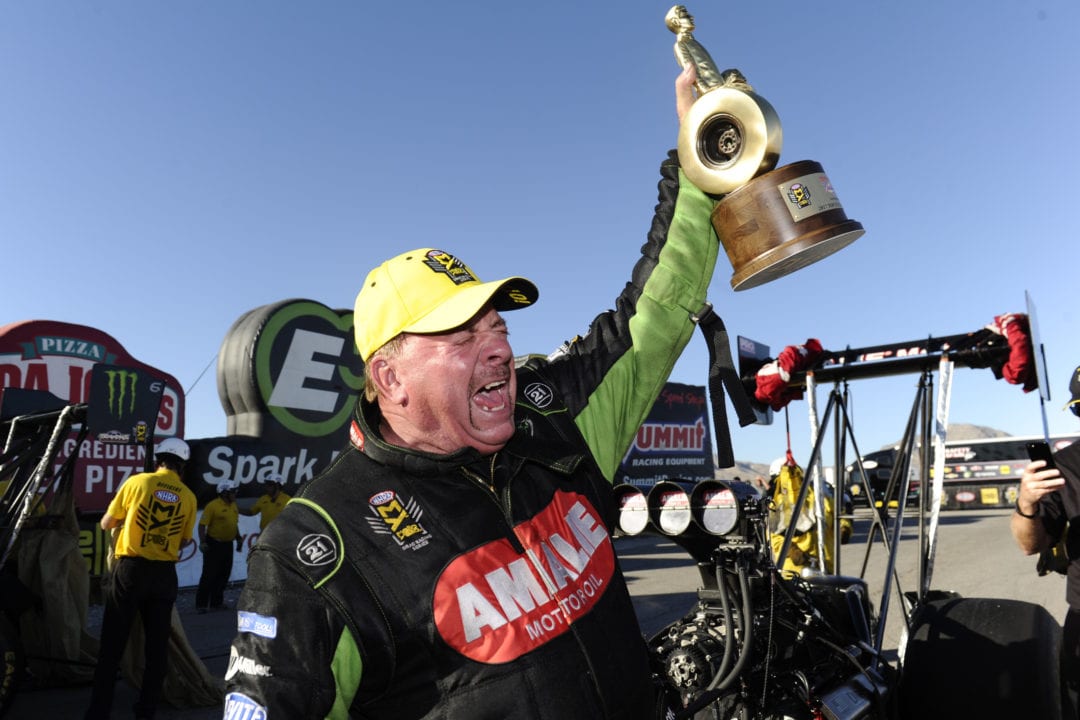 Terry McMillen put together a memorable weekend to win a historic race a year ago at Indy, and the Top Fuel standout is now trying to add another one at the 50th anniversary of his sponsor’s race, this weekend’s AMALIE Motor Oil NHRA Gatornationals at Gainesville Raceway.

On a weekend that will include some of NHRA’s biggest legends, the pinnacle of the NHRA Legends Tour and the “Unfinished Business” event with eight legendary NHRA figures facing off in a head-to-head competition, McMillen knows what a Gatornationals win in his 10,000-horsepower AMALIE Motor Oil XTERMIGATOR dragster would mean. He has come close before, finishing as runner-up to Brittany Force in 2016 in a battle of first-time finalists, but this weekend would mark the perfect time to finish the job.

“This weekend will probably be one of the biggest races in NHRA history,” McMillen said. “Being the 50th anniversary, it’s just amazing the people we’ve run into that are heading down there. It gives me goose bumps just thinking about it and how many people are going to be there. To represent Amalie at the 50th Gatornationals is amazing and a dream come true. You couldn’t script it any better. We’ll have a ton of customers, friends and family there, so it’s an exciting time and we want to end up on top.” 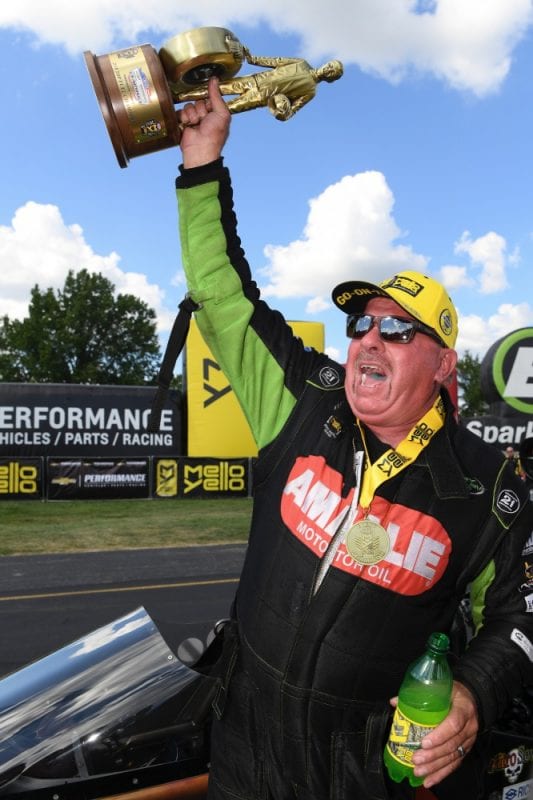 Richie Crampton (Top Fuel), Jack Beckman (Funny Car), Tanner Gray (Pro Stock) and Eddie Krawiec (Pro Stock Motorcycle) were last year’s winners of the must-see event that will be televised on FOX Sports 1, including finals coverage on Sunday, March 17 at 7:30 p.m. (ET). It is the third of 24 events during the 2019 campaign and the legendary weekend will be one of the can’t-miss races of the season. More than 20 NHRA Legends will be on hand for special meet-and-greets and autograph sessions, while Don Garlits, Don Prudhomme, Shirley Muldowney, Ed McCulloch, Warren Johnson, Joe Amato, Kenny Bernstein and Terry Vance will compete in the “Unfinished Business” race to help make the event a truly colossal weekend.

McMillen will have a large spotlight as well, but he’s comfortable finding that balance of enjoyment and focus. While the spotlight will be ratcheted up because of the historic nature of the weekend, McMillen and his team, led by crew chief Rob Wendland, maintain they’ll have no trouble staying locked in when it’s time to perform.

“You definitely want to be there and take it all in, but ultimately we’re here to do one thing and that’s win the race,” said McMillen, who is currently fifth in Top Fuel points. “We don’t want to let anybody down. Once the car starts, I’m in my zone and when that happens, the race is on. The key is to stay extremely focused on the job at hand and if everybody does their job, we have as good a chance as anybody to win.”

Coming off his first win in 2017 and his victory at the Chevrolet Performance U.S. Nationals a year ago, McMillen has been impressive to open 2019, advancing to the semifinals in Pomona and qualifying second in Phoenix with a career-best pass of 3695 at 330.96 mph. He’ll face major challenges from the likes of points leader Billy Torrence, defending world champ Steve Torrence, Antron Brown, Force, Leah Pritchett, Doug Kalitta and Clay Millican, but McMillen likes where his team sits heading to Gainesville.

“Rob has given us a great tune-up, and the car is running well and following his commands,” McMillen said. “Rob continues to bring innovations to the team, and he’s constantly thinking. We’re learning what this car wants and it’s reacting the way it’s supposed to. As you find a car that becomes consistent, everything else starts falling into place. We’ve managed to put ourselves in a better position than we’ve ever been.”