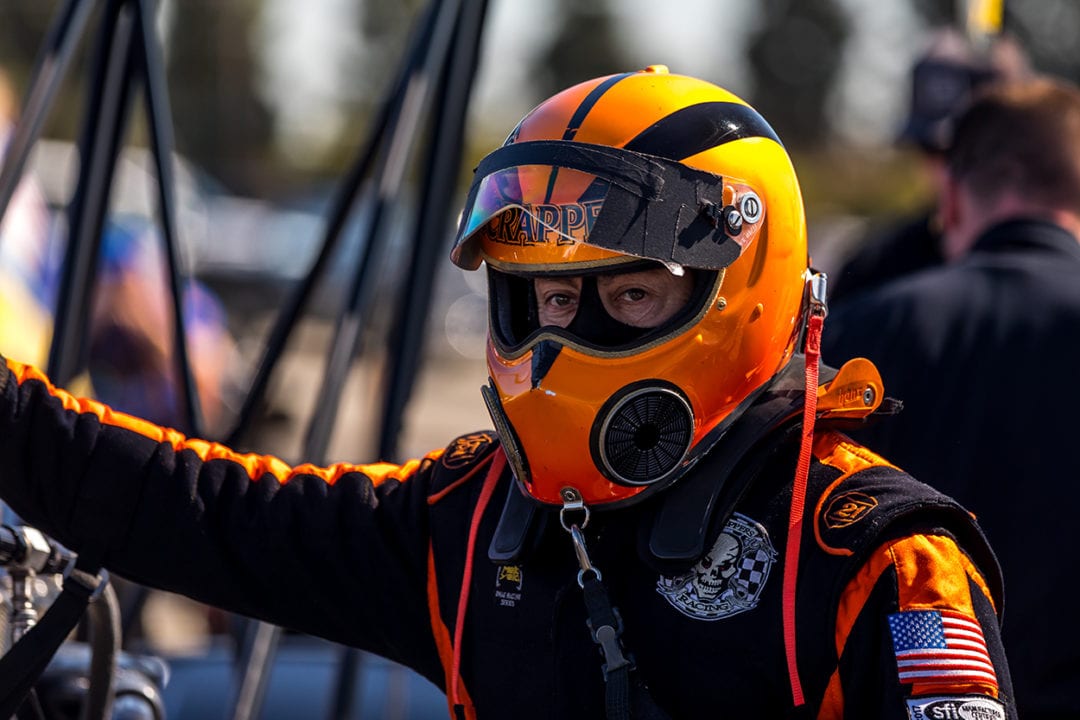 It wasn’t idle talk when Top Fuel driver Mike Salinas said he wanted to be a standout performer on the starting line this season.

So when he had a performance that didn’t live up to his high standards during the semifinal round of the NHRA Winternationals, Salinas did something about it. His friend Mono Jimenez, who owns Rods & Racing, Inc., went to work on a full practice tree and race simulator, putting together an extensive piece for Salinas. 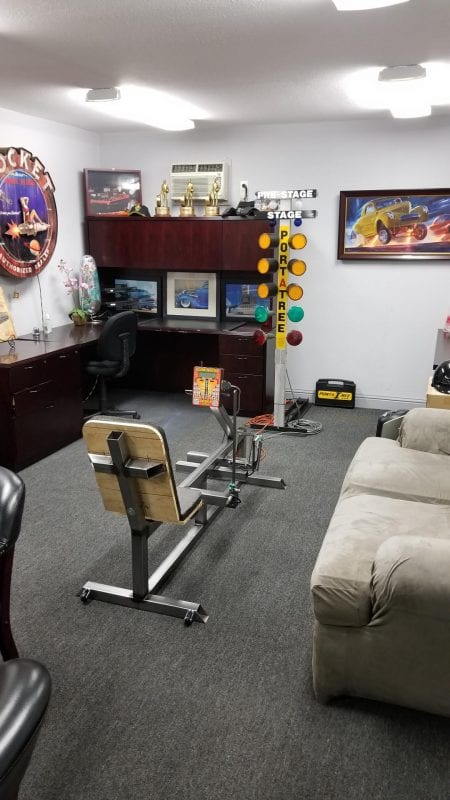 It is far more comprehensive than any handheld practice tree, as it includes a life-size tree and racing simulator that mimics the set-up of Salinas’ Scrappers Racing dragster. It further emphasizes Salinas’ dedication to the sport and he’s intent on his reaction times being a major strength starting at this weekend’s Magic Dry Organic Absorbent NHRA Arizona Nationals at Wild Horse Pass Motorsports Parkin Phoenix.

“He knew what I was going to do and he knew I would be upset with that .077 before I even called him,” Salinas said. “It has a brake handle, gas and you can sit in it. It’s pretty awesome. But I should have cut a better light.

“We all need to produce and I don’t want to be the weak link. I’m going to practice until I get to where I’m supposed to be. I’m very conscious about what I’m doing and I want to prove to our team we can all do our jobs on the highest level.”

There were plenty of bright spots for Salinas and his standout team in Pomona, including setting career-best marks in E.T. and speed, with a race-best 334.40 mph showing and an impressive pass of 3.682.

That helped Salinas advance to the semifinals against defending world champion Steve Torrence, but after getting beat on a slight holeshot, Salinas wants more in Phoenix, including a shot at his first career Top Fuel victory.

After watching his team, led by crew chief Brian Husen and tuning advisor Alan Johnson, perform at a high level at the first race of 2019, Salinas is even more excited to get to Wild Horse Pass Motorsports Park, where the team put together strong results in testing earlier this month.

“These guys are amazing and we have a pretty good gameplan of what we want to do,” Salinas said. “I’m just happy to be part of this. We’re trying to be as perfect as possible and there were a couple things we can improve on. We all know we could have done better. I need to be better at my lights. I need to be in the .040s or better. But everybody on the team, we’re very structured and we have a good gameplan. We all expect to do our jobs on a high level.”

Salinas believes that will again be apparent in Phoenix, but he’s also pleased with how his team has come together. Global Electronic Technology and Pleasanton Ready Mix are on board as sponsors, his team is headed in the right direction after career-best performances and Salinas is confident he is on the winning track.

“We’re just trying to get better and better,” Salinas said. “We’re not going to tell everybody what we’re going to do, we’re just going to go do it.”