Less than one month after setting the Top Fuel Motorcycle world record at 5.60 at 263 mph at Rockingham Dragway, 19-time champion Larry “Spiderman” McBride stunned the drag bike world again with a pass of 5.50 at 264 mph in pre race testing for the Man Cup Finals at South Georgia Motorsports Park. 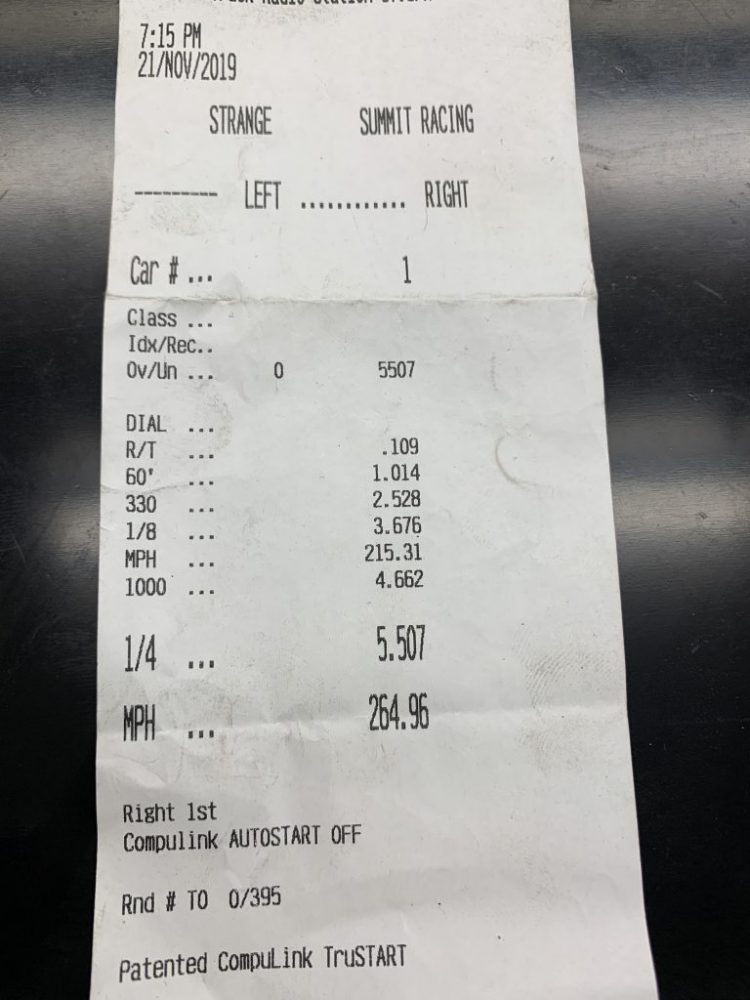 “I felt like I was going faster than I have been before. I knew we were on a pass,” McBride said. “My team and all of the great people who help me have really helped refine the motorcycle. We have put a lot of work into the chassis over the past few months and it has really made the difference.”

McBride says his on-board data indicated the pass was not without its flaws. McBride says he didn’t have the throttle locked for the entire run.

“I told my crew I let off a touch early and got a little limp wristed at one point,” McBride said. “We may have left a couple more mph on the table.”

McBride’s back-half was a staggering 1.83. Even the 19-time champ has never seen a time that quick in the second 660 feet of racetrack.

McBride’s team hurt a motor on the run and made a change heading into official qualifying.

With only a 23 point lead over Dave Vantine, and a potential 20th championship hanging in the balance for McBride, the team says the focus now shifts to being consistent and winning the race.

“We have to figure out how to slow this thing down,” crew chief Steve McBride said.

In drag racing it’s a great problem to have.

Enjoy a full behind-the-scenes video on the epic run.