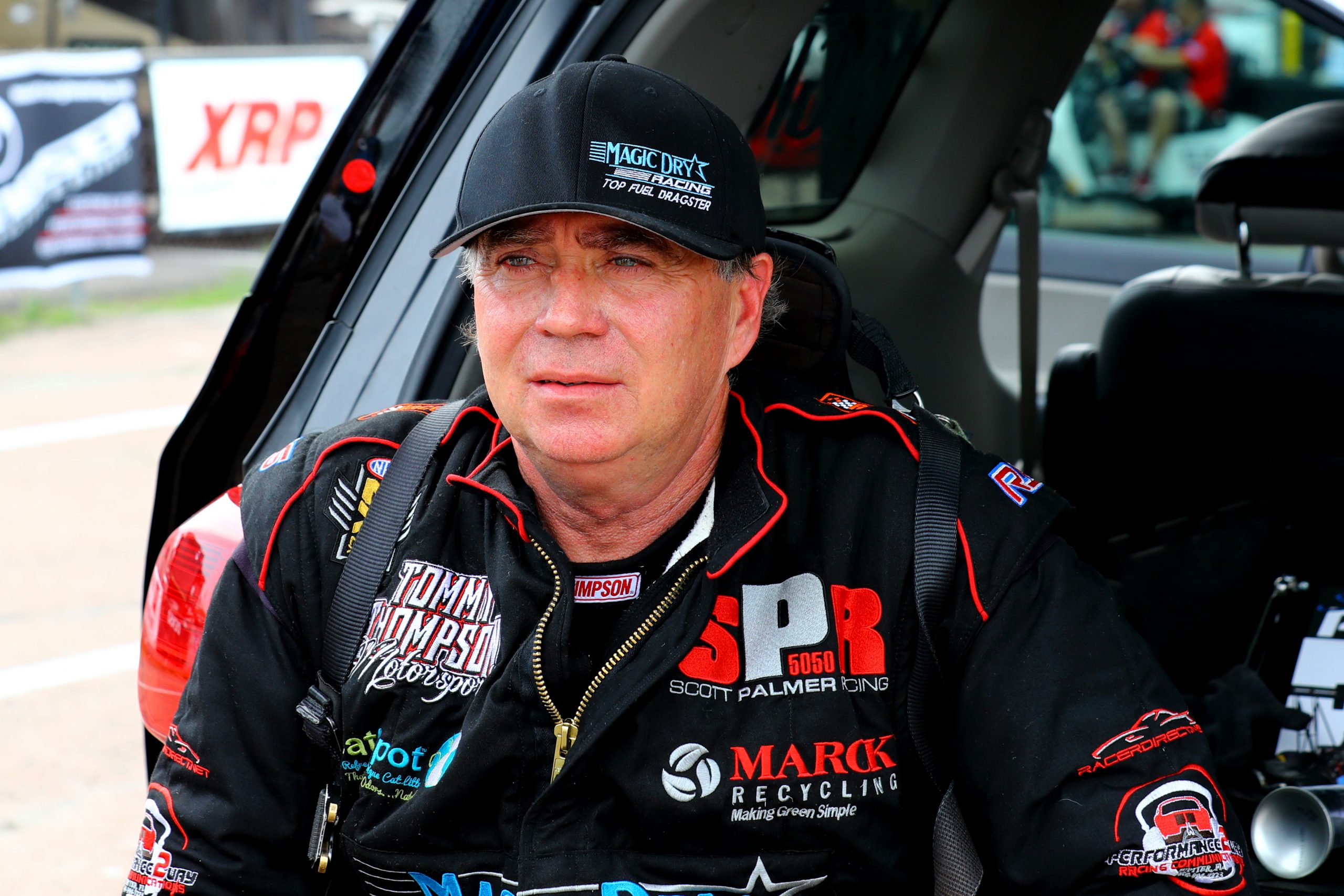 The first – and only – race Scott Palmer attended as a spectator was a NHRA national event at Heartland Motorsports Park in Topeka. He recalls sleeping in the parking lot in his truck, but a sizeable impression was left on him that weekend. “After that, I knew what I wanted to do,” Palmer says.

Palmer, though, never expected it to be on this level. He’s now campaigning a full-time Top Fuel ride with Tommy Thompson Motorsports and Magic Dry Organic Absorbent, in the midst of his third straight full-time season. Palmer has been to one final round, advanced to the Countdown to the Championship two straight years and become a genuine threat in the class. Less than five years ago, this all seemed like a pipe dream for Palmer. “You never think you’re going to get the opportunity,” Palmer says. “Now I have to back it up.”

As Palmer prepared to race at Heartland Motorsports Park this year, he talked to DRAG ILLUSTRATED about the incredible ride he’s been on, adjusting expectations and not changing who he is.

It’s amazing how much things have changed. What has this ride been like?

I don’t know how this happened. I tell someone it’s like watching your puppy grow up. If you’re there every day, you don’t realize your puppy is grown up in a year. But if you don’t see it for 2-3 months and you walk in and see it, you can tell it’s grown. It’s kind of just happened.

I’m set up (in Topeka) and I’m right across from Kalitta’s pit, directly beside Steve Torrence’s pits. We have hospitality and I just look around and say, ‘Wow.’ This is just us. This is not someone else doing this. Somehow this has worked out. I’m just lucky I get to do it.

So what did Tommy Thompson see in you and this team?

Times were tough and I had a bunch of worn-out Top Fuel parts. I was just to the point where I knew I had to step this up or just be content being someone in the lanes. I didn’t have the parts to run it any harder, but I had a chance to run the Lucas Oil Top Fuel Hydro Series. I circulated my parts through the boat and I kept buying better stuff for the car. But the main thing was Tommy Thompson walked down in the pits and talked to me. He knew my story and we got to be real good friends. Where everybody goes around asking Tommy for money, I never did.

We’re just friends and I was just fighting my fight, and I was content with that. One day he just said, ‘We need to do something together.’ I said no, initially, but he kept on me about it and I never saw anyone want to race that bad. He’s made it so much easier and nicer for us. None of it is work for me. I tell him, ‘I’ll spend your money like it’s my money.’ I don’t really have a budget, but we’re learning how to win as we go. The car runs good, but we’re learning. 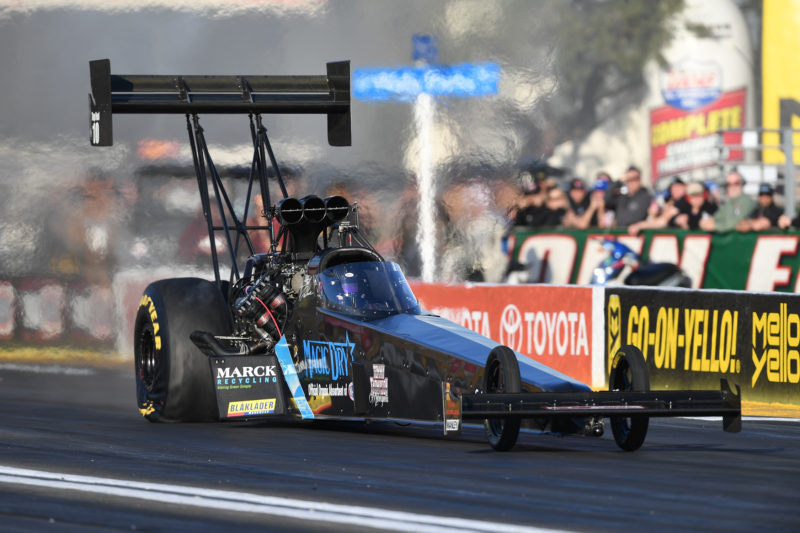 You’re now a team capable of going rounds and winning races. What’s that adjustment been like?

It’s a whole new mindset. You have to turn your mind around and say we want to win this race. It’s hard when you qualify and not say, ‘Well, we did it.’ Before, if you qualified the celebration was on Saturday night. My rule this year has been to be aggressive no matter what first round. It’s hard to break that cycle of being conservative. But we have to do that.

What’s the road been like to get to that point?

Blocking everything out is hard. If you’re mechanically involved on the car, I can’t block everything out. But I like that side of it, too, and I’m not willing to give that up. Of course, Torrence has helped us and we have guys helping us, but we still have to do things on our own and I like that part.

That’s the good thing about this deal. I want to show everyone you can be a competitive Top Fuel dragster and do it this way. I want to show them you can still have a normal life and have a Top Fuel car.

Is there piece of mind for you knowing you’ve done things the right way?

This story originally appeared in DI #146, the Interview Issue, in July of 2019.