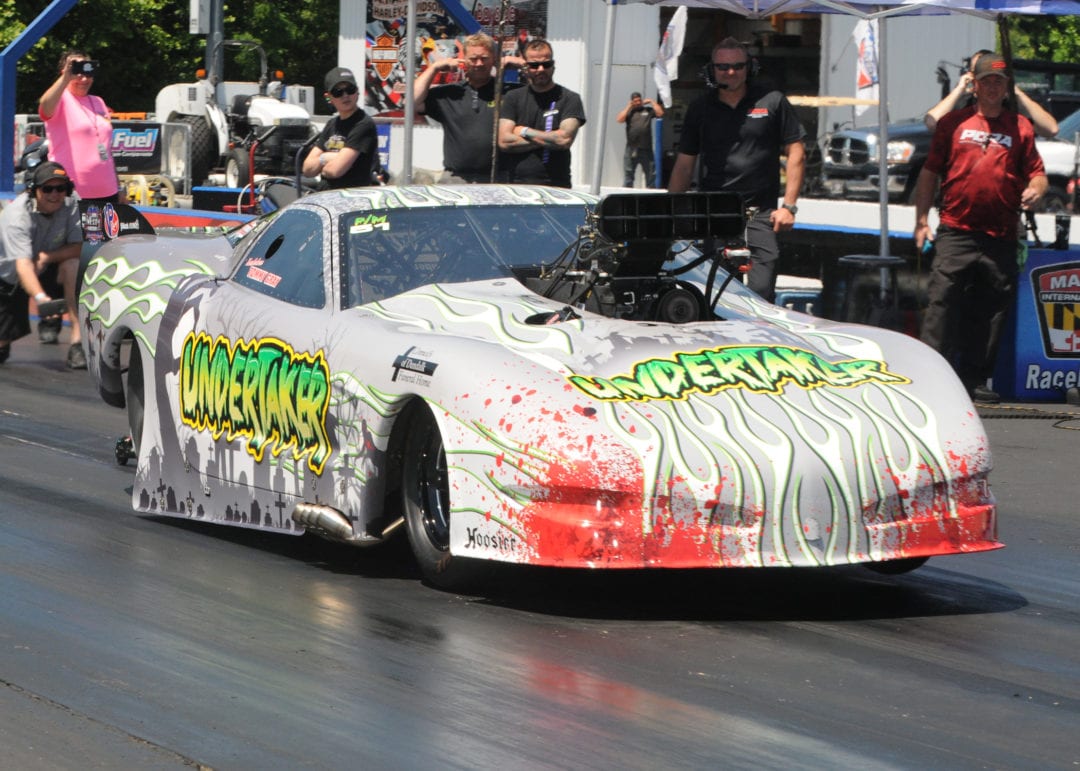 His new 2018 Corvette is being built by Jerry Bickel, but won’t be done until August. Gray went into full attack mode to find a backup. Fortunately, there was a good fit to be found.

“The new car was supposed to be done last month, but now it won’t be ready until August,” told Gray. “We sold the old car to a guy in Alabama. I ran an ad the other week on Facebook saying I needed a car. I had a few offers, but they weren’t good cars. So the guy that bought my old car called me and asked if I wanted to buy my car back.  We had to completely redo the whole thing, wiring and everything. We got it done Friday night of the Northeast Outlaw Pro Mod race.”

The previously-owned Corvette is now ready and Gray will return to the PDRA schedule in time for his home stop on the tour, the North-South Shootout at Maryland International Raceway. Gray hints that there could be some good news forthcoming for the team.

“We’re planning on running the rest of the series. We’re hoping to get some backing. We’re talking to a partner now, so hopefully that’ll work out and we can run the whole series for a championship.”