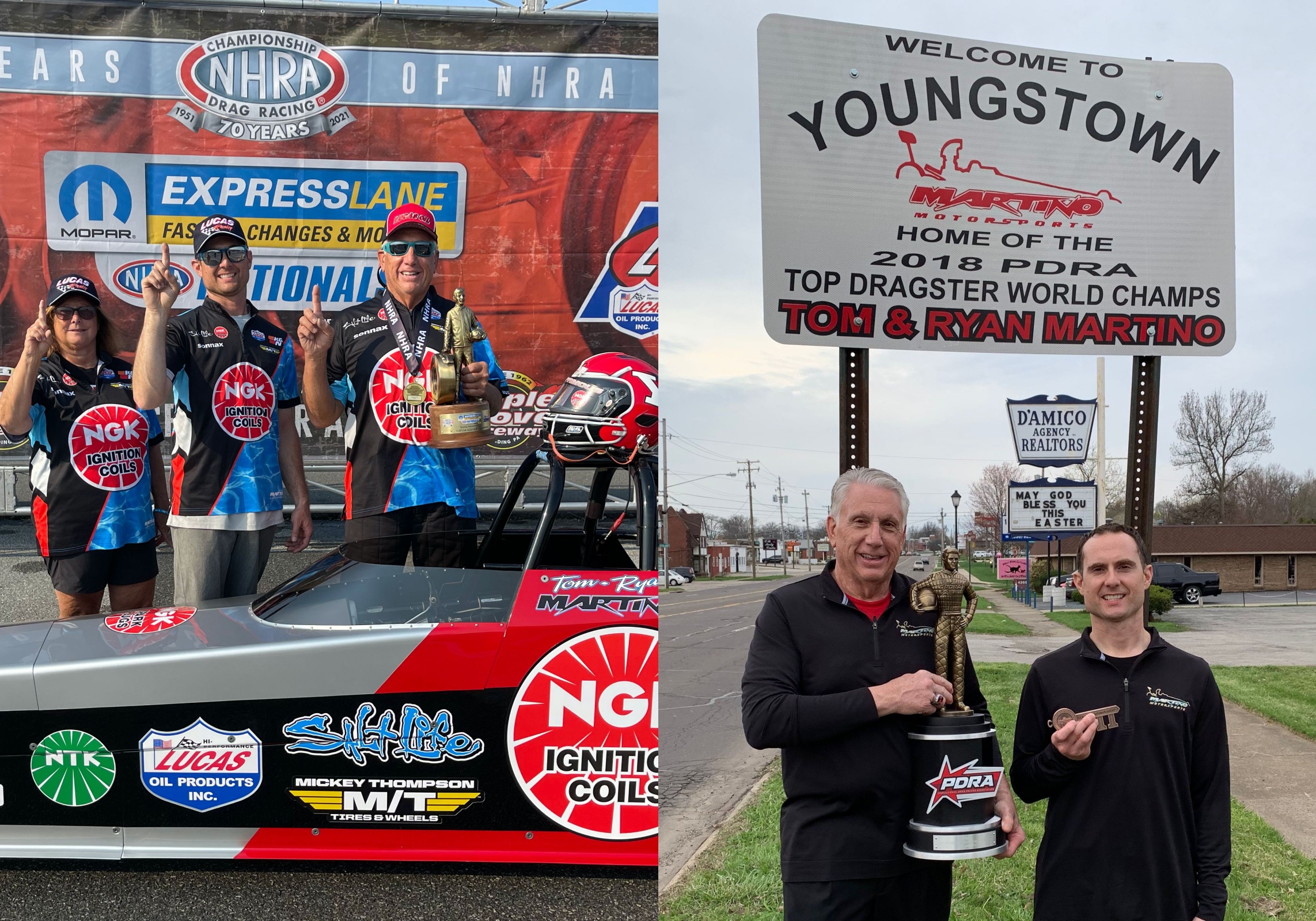 The father and son duo of Tom and Ryan Martino have long held the belief that providing value for sponsors is about far more than just slapping decals on the race car. They’ve built a reputation for their community outreach efforts, which include supporting local Boy Scout troops, attending library reading events for children, and using the racing platform to highlight their hometown, Youngstown, Ohio. Sponsors and partners like Sonnax have taken notice.

“For me, it’s not about ROI dollars,” says Gregg Nader, performance product line manager, Sonnax. “At Sonnax, we have a somewhat limited sponsorship program. When the Martinos first approached us, they were trying to solve a durability issue with their transmission that we were able to help with, and for us that is always the cornerstone for any partnership.

“It was clear they had a professional and competitive program, but what has consistently impressed us the most is the frequency and length to which their team goes to engage with the community,” Nader adds. “They are the ones investing time representing the sport, and we are proud to support them in that effort. As far as I am concerned, every racer could look at the Martinos and ask themselves how they can also take their sport and their passion and share it with others. Nobody loses and it helps perpetuate awareness of drag racing and motorsports.”

The Martinos are also extremely active on social media, using those tools to further provide value for sponsors by developing authentic connections with fans around the world. From frequent race updates on Facebook and Instagram to creative videos featuring sponsor products on TikTok, Martino Motorsports has figured out what it takes to engage with a growing audience.

It’s not all about looking good online for the Martinos, though. They’re also serious about their on-track activities as well. With Tom driving and Ryan calling the shots, the Martinos have been on a roll lately. The 2018 PDRA Top Dragster world champion scored a win in Elite Top Dragster at the PDRA Summer Shootout this summer, helping secure a No. 4 finish in Top Dragster points. The sportsman racing veteran also scored his first-ever NHRA Wally when he won the Mopar Express Lane Nationals at Maple Grove Raceway in September.

At the end of the season, Drag Illustrated caught up with Ryan, the team manager, content creator and crew chief, to talk about the team’s approach to sponsorship activation, chasing success in fast bracket racing, and more. 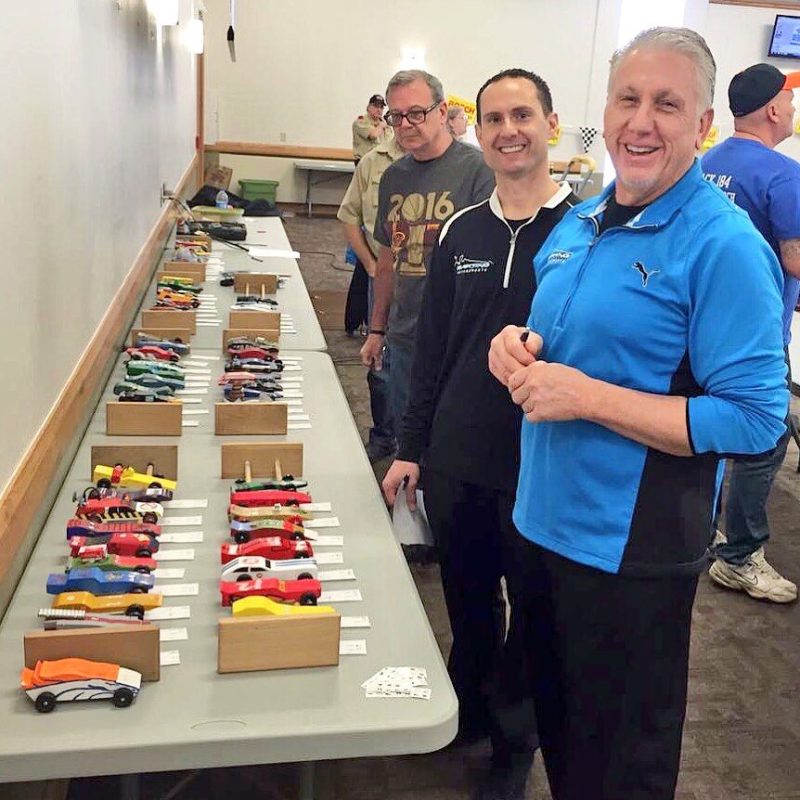 When did you guys first start making community outreach efforts a part of your racing program?

Since my dad started racing. He was a Boy Scout and when he started racing and winning, he’d donate his trophies to the Cub Scouts and Boy Scouts for the Pinewood Derby. He had so many trophies in his trophy room, and they only look good in the trophy room when people come over to the house or shop to visit. So he donated almost all of his trophies that actually meant something to him to the Cub Scouts and Boy Scouts and they gave those trophies away to Pinewood Derby winners.

You’ve clearly made it a priority to engage with the community, whether it’s the Pinewood Derby events, Right to Read week at the library, or teaching an engineering materials course at the local university. What would you say to other racers considering these opportunities?

I encourage everybody to get involved with their communities. Even if you can make an impact in one person’s life, it’s worth the effort. We meet these kids and young people at these events and you may inspire them to go to school to be an engineer, go to a trade school and learn a trade in particular, or even get a Jr. Dragster to start racing themselves. So it’s important to get involved in your community. It does make an impact. It does make a difference and we saw that a couple years ago when the mayor of Youngstown gave us the key to the city.

What did it mean to win the team’s first NHRA national event at Maple Grove?

That’s something that we’ve always strived to do, to get one of those big national event Wallys. We’ve only ran eight or so NHRA national events in my dad’s career just because it takes a week-long commitment. It’s cool that he got to do that and we were able to be together for that experience. We won the final round and it was like, wow, this is pretty special. We’ve won on every level and that just kind of sealed my dad’s legacy with his racing career. I mean, we won the championships, we won races here and there, but I guess everybody in their drag racing career strives to win a national event. At race eight or nine out, we got it done.

How do partners like Sonnax fit into your program?

First off, a lot of our sponsors have been very generous to donate posters, banners, and other promo items to give away at these events, so we really appreciate their support there.

As far as the racetrack, we utilize the Sonnax big input shaft system with our Rossler Transmissions Powerglide. As soon as we switched over [to Sonnax], we won our first race out with Sonnax and we’ve been on an incredible path ever since. We’ve always had success on the dragstrip, but Sonnax was the missing link we needed to get our new converter program going. We made the switch and picked up over a tenth and a half and didn’t have any problems. We went A to B first pass down the track and came home with the trophy at the end of the day at Kil-Kare Raceway’s Quick 16 race last year.

An interesting fact about Sonnax is that most people that race an automatic transmission, whether it’s a Rossler or whoever else, USA or worldwide, have Sonnax components. Anybody that has a Powerglide could open it up to find at least one Sonnax part inside.