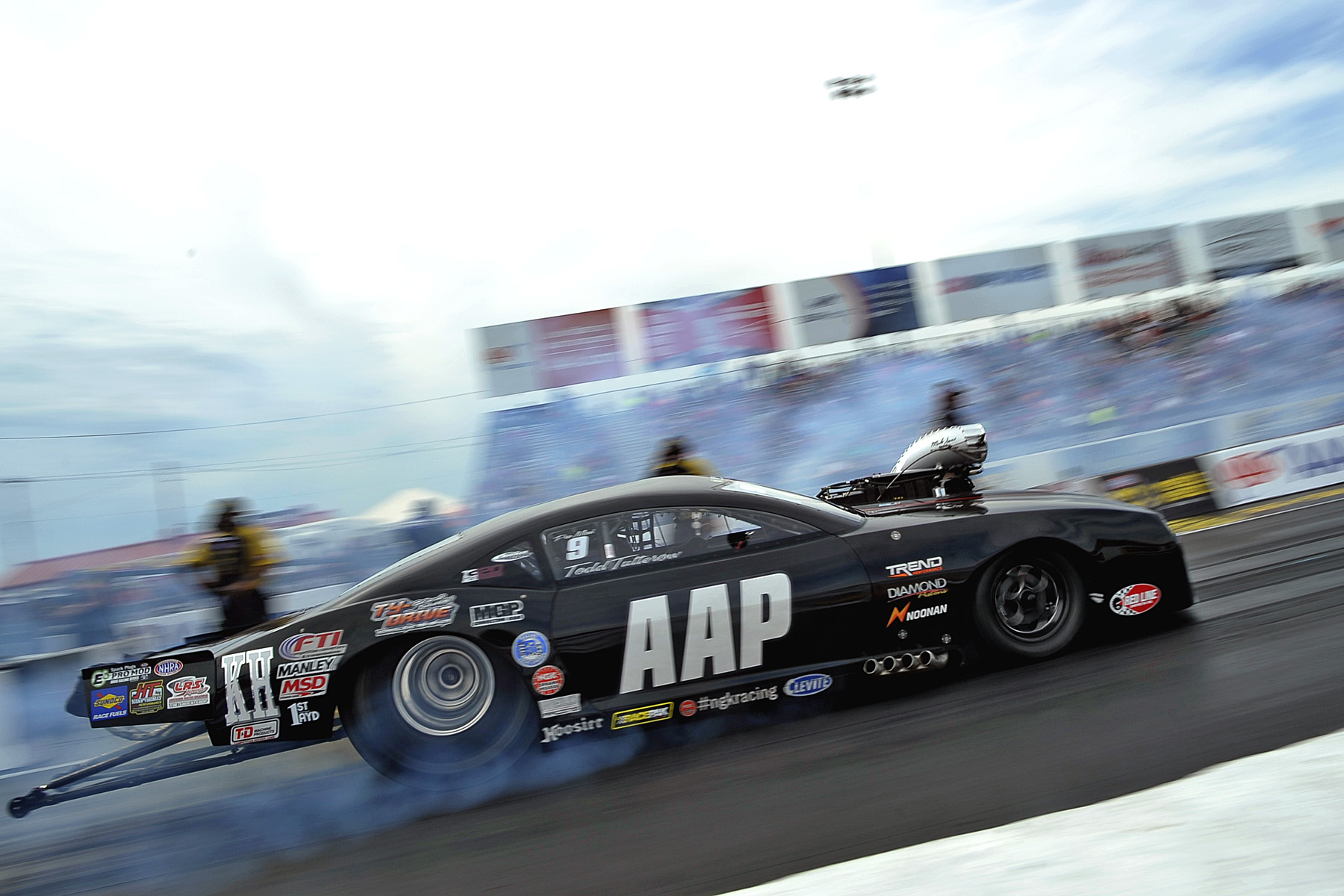 The latest and greatest in technology can often come with plenty of hype but little in the actual way of substance or data to back it up.

With the new integral blower drive Super Damper from ATI, Todd Tutterow has the incredible numbers to back up just how revolutionary this product could be. Facing a litany of crankshaft problems and breakage, Tutterow went to ATI, who developed a damper to use on his blown Pro Mod Camaro.

The results since then have been remarkable.

“You’re talking about a $4,500 crankshaft and I was getting maybe 8-9 runs on them,” Tutterow says. “You might get 30 if you’re lucky. After installing the damper in the car, the last one I took out of the car had 85 runs on it and it was still good. It’s been amazing the difference. This thing, we beat it to death. The first run I hurt the motor, but the crankshaft was still good. It’s been a blessing to work with them and have them develop this thing.”

It’s been a product John Lane has been high on for years, and he spearheaded the exclusive partnership with Tutterow for the 2019 season. The results have been nothing short of extraordinary, and ATI was met with universal praise when they released the news of the product at PRI.

With the damper set for a 2020 release, the impact could be massive throughout the sport. ATI will be working with the likes of Clay Millican in Top Fuel, Street Outlaws: No Prep Kings defending champ Ryan Martin, Tutterow, Alex Laughlin, Craig Sullivan and others to start, showcasing the benefit the damper can have on crankshaft life no matter the class.

“Can you imagine spending $4,500-$5,500 every eight runs for a new crankshaft?” Lane asks. “If we can take something and teams that use it can double the life, people will be excited and I think that’s what we can do. We all want the best and want success, and if we can design a damper to handle 11,000-horsepower, we can handle anything.”

For Tutterow, it gave him more time to focus on other areas of the car, knowing he had a part he could rely on. It carried over into every aspect of the car’s performance as well, giving him added confidence in the high-stakes NHRA Pro Mod world.

“They’ve helped crankshaft life 300 percent and that’s been amazing,” Tutterow says. “But when it would break, it destroys everything. This just gives you confidence and you don’t have to worry about it. You’re still going to check it, but now you’ve got that cushion. It’s not smoke and mirrors, that’s for sure. I’ve been amazed at how much of a difference it’s made.”

ATI has put significant resources into it, trusting their top minds to come up with a state-of-the-art product. All parties have been impressed with the early returns, but it’s a damper that will be as versatile as the classes it runs in.

Included in the features of the new damper are:

That variability is key, as it opens up possibilities to use in a multitude of cars. Lane said they had previously shied away from a spline, but this damper will have those options, as well as the variety in teeth.

The next step is making sure everything is engineered in a way where customers can simply pop it on with no work. But Lane and the company can feel the wave of momentum starting to build and ATI couldn’t be more thrilled.

“It’s exciting times. Imagine if you could cut that cost of crankshafts in half and what you would be able to do with that,” Lane says. “Todd was the test and it took him from a headache to fixed. There’s no better advertisement.

“When we put something out, it’s going to be the best it can be,” Lane continues. “When someone asks us what makes our damper better, we’ll be able to tell them there is no competition. They are going to have absolute protection.”