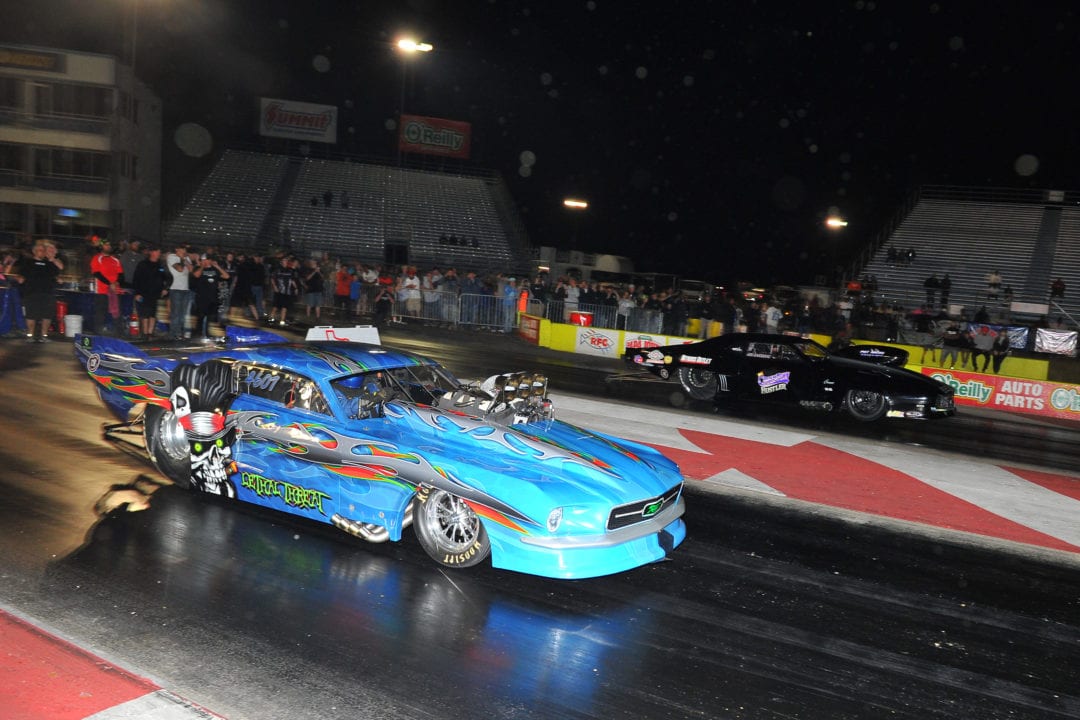 Against the backdrop of a giant American flag unfurled from the top of the control tower at the Texas Motorplex, the Frankenstein Engine Dynamics Mid-West Pro Mod Series got its 2018 season underway this past weekend with the Bruce Lowrie Chevrolet North vs. South Frankenstein Pro Mod Shootout. By the time the race teams were packed up and heading home from the track in Ennis, TX, Todd Martin had prevailed in his return to Pro Mod competition after a two-year layoff, Jeff Naiser won in Radial vs. the World, Kenny Hubbard took the X275 drag radial title, and Clint Hairston recovered from a first-round loss to win the MWPMS Slammer class for non-qualifiers and buyback Pro Mod entries.

“It was side-by-side racing almost every single pair that went down the track, just an amazing weekend,” stated Keith Haney, owner and promoter of the Mid-West Pro Mod Series and also a competitor. “The spectator count was good; we sold out of all hoodies and T-shirts. Our marketing partners were very happy; they loved what they saw. I couldn’t have painted a prettier picture. It was just a remarkable, fast, great pace, over-in-a-day-and-a-half race.”

With a 3.75-seconds lap at 197.22 mph, Martin qualified his supercharged “Lethal Threat” 1968 Mustang second, trailing only Jim Sackuvich’s 3.74 at 201.76 in his nitrous-huffing ’69 Camaro. Aaron Wells placed third based on going slightly faster than Haney after both posted identical 3.77-seconds elapsed times over the Motorplex eighth mile. A 3.81 by Ron Muenks completed the top five, with the 16-car qualified field anchored by 19-year-old Justin Jones in his Pro Mod debut with a 3.92 at 182.82 mph. 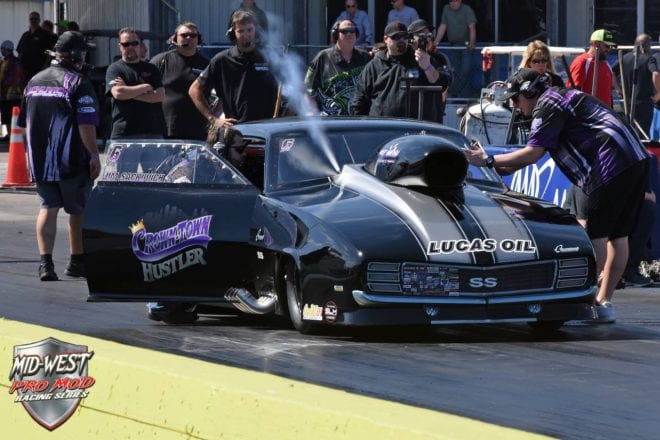 “It was an amazing turnout of Pro Mods and the diversity of the entries—nitrous, blowers, turbos, Prochargers, heck we even had a Whipple in there—compared with the close spread in ETs from top to bottom proves that our rules package works,” Haney said. “Plus there were at least 12 more cars that didn’t make it out for one reason or another, so guaranteed we’ll be seeing a lot more variety as the year goes on.”

Jones repeated his 3.92 in round one of racing, but it was no match for Sackuvich, who ran 3.76 before also taking down Tony “Sandman” Williams and Muenks in Dave Pierce’s “Purple Gorilla” Camaro to reach the final. Meanwhile, Martin opened with a come-from-behind victory over Craig Sullivan in Larry Jeffers’ unique “Bad Bus” entry, then easily handled Costa Jones before making a sedentary solo pass in the semis after Wells was unable to back up from his burnout.

The Pro Mod final saw Sackuvich leave first, but he quickly headed toward the center line and had to back off while Martin put down a solid 3.77-seconds pass for the race win.

“This was really big for us,” said Martin, who co-owns Osage Casino Tulsa Raceway Park with Haney. “It really feels great to be out here racing again, but to come away with the win is unbelievable. The car was great all weekend and I want to thank my crew and everyone who had a part in making this happen. Hopefully this is just the first of many.”

Haney credited Comstock for doing “an amazing job” in a car he’d never driven before, but reserved his highest praise for several people working behind the scenes to make the MWPMS event a success.

“We only had 30 days to promote this particular race because we moved it from Xtreme Raceway Park over to the Motorplex. Gaylen Smith and the guys over there at Xtreme, Andy, Benji and Eric, those guys have been absolutely outstanding. And so has Andy Carter, the general manager at the Texas Motorplex, he made me commit to three years of being the opening race for the year,” Haney revealed.

“Andy said, and I found this very interesting and take it as compliment, that other than an NHRA national event this was hands down the biggest single-handed event they’ve had at the Motorplex since he’s been there. He said it was the biggest for the race track, made money, the spectators were happy, his concession sales were good, merchandise sales were good—and here’s the thing, the track got everything. We get nothing; that’s the deal. We’re an organization for the race track and more importantly I call us the face of the marketing partners. We make sure they get what they pay for and I believe we did that last weekend.” 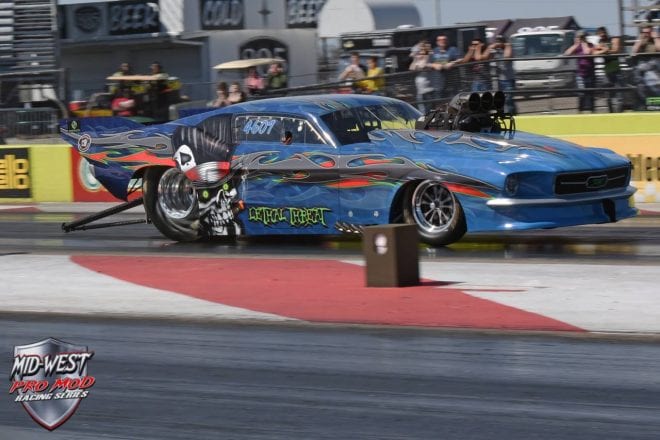 “Let me tell you, the track prep dead on killed,” Haney declared. “The Radial vs. the World cars were flying; the Pro Mods were flying; the X275s were flying; even the 5.0 and 7.0 cars were kicking butt. Nobody could have asked for a better prepped track in the world and if you think you cannot run Pro Mods with radials on the same track you’re wrong because Tyler just proved it beyond a doubt.”