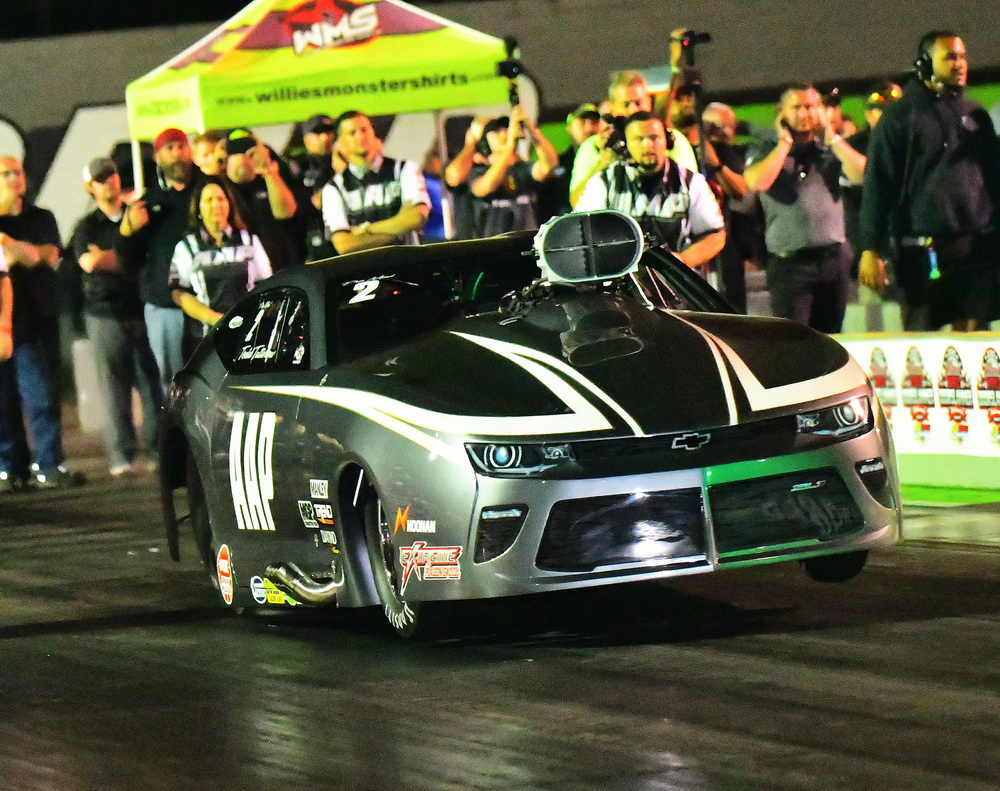 When Todd Tutterow pulled through the Orlando Speed World Dragway staging lanes for his final-round battle with Alex Laughlin, the man they call “King Tut” appeared to be on his way to his fifth consecutive win. While the inaugural Drag Illustrated World Doorslammer Nationals presented by CTech Manufacturing was his first race of the 2020 season in the U.S., Tutterow was coming off of four victories in Qatar to sweep the Arabian Drag Racing League Pro Mod championship.

It wasn’t meant to be, though, as Tutterow’s roots-blown engine let go down track after leaving the starting line three thousandths of a second ahead of Laughlin. Laughlin recorded his quickest pass of the day, a 5.671 at 251.53 mph, while Tutterow slowed to a 6.362 at 146.21.

“It would’ve been nice to win five in a row with two different cars,” said Tutterow, who debuted a new 2020 Camaro from Jerry Bickel Race Cars. “We came here to do a lot of testing and run this race. It’s a big-money race and I’m glad everyone chipped in and put this race on. I’d like to have won it, but I didn’t. It is what it is.”

The final round was a fight between two of the quickest and most consistent cars on the property.

Tutterow had the upper hand through eliminations, though. His AAP Camaro was a bracket car, running 5.704, 5.709 and 5.709 in the first three rounds to take out Jeff Jones, Chip King and Justin Bond, respectively. Aside from a 5.825 in the second round, Laughlin was also consistent with his 5.717 in E1 and a 5.704 in the semis.

“I figured he was going to go .68 or .69 [in the final],” Tutterow said. “I didn’t know he was going to go .67. So I tried to do the same thing and tried to beat him on the tree. It overpowered the track a little and it shook out there. When it did that, it pulled the motor way down when it shifted and leaned the motor out. It backfired the supercharger, but it’s all well.”

Tutterow knew he had to step up from his consistent 5.70s for the final. After all, $50,000 and the inaugural World Doorslammer Nationals Pro Mod event champion title were on the line.

“I can’t just sit still,” Tutterow said. “I had to do something to make it go faster.”

Despite the loss, Tutterow was just glad to be a part of the historic race.

“Thanks to everybody for being here,” Tutterow said. “Thanks to Wes [Buck] and Richard [Freeman] for putting this race on. It’s been very, very special.”