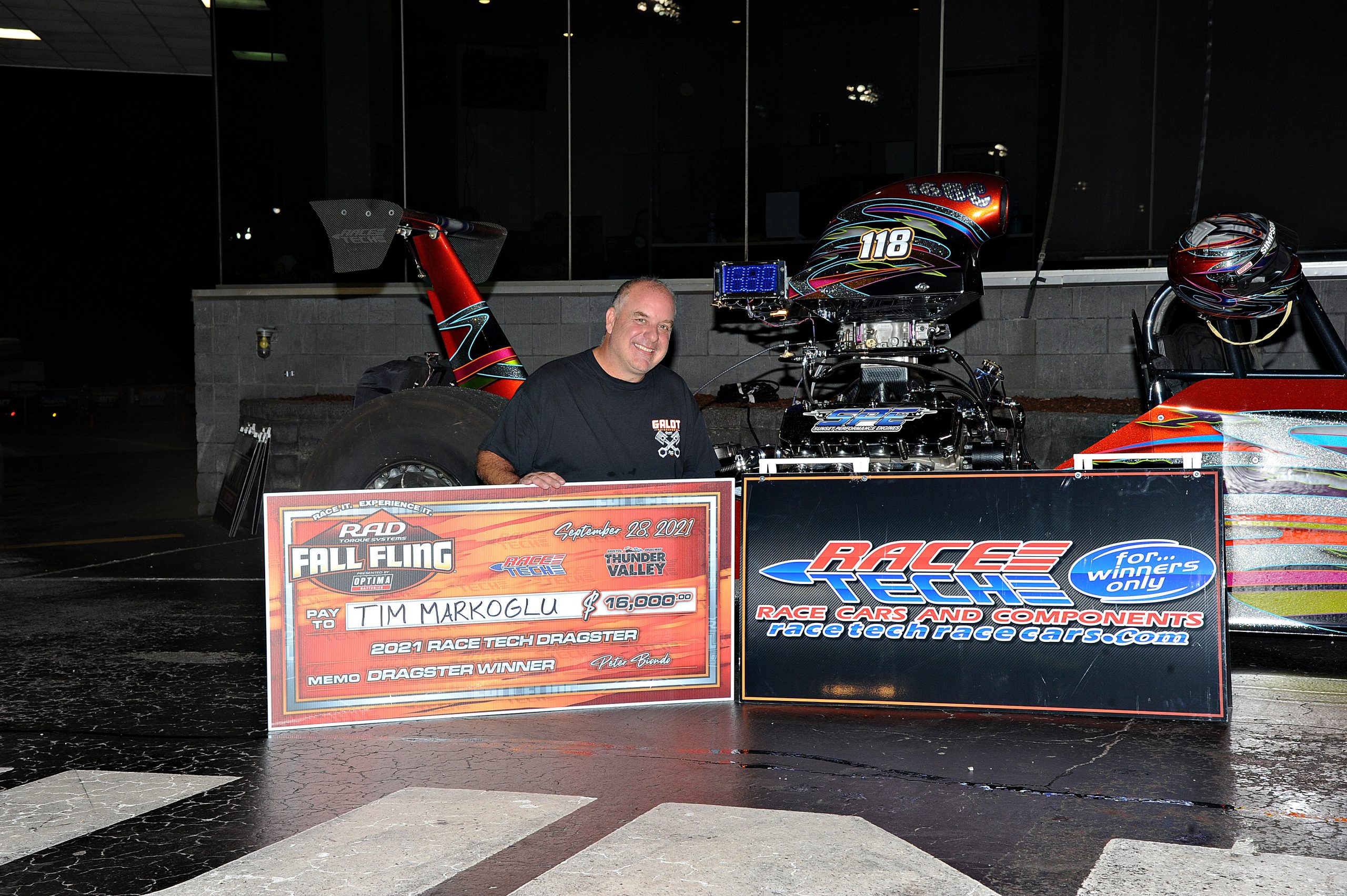 The sun rose above the iconic hills of Thunder Valley to greet racers rolling through the gates of the final Fling event of the year. The RAD Torque Fall Fling presented by Optima Batteries fired to life with the Rob’s Automotive and Collision Center Test and Tune after racers got settled into their pit spots during the early half of the day.

Between sessions of testing would be the American Race Cars/Race Tech 32-Car Super Tuesday Dragster Shootout in which the two finalists would earn a dragster chassis valued at $16,000 — with the winner having their choice of builder.

As the afternoon shade crept over the racing surface, the shootout had dwindled down to eight competitors matched up on a ladder third round. Robert DiMino and Robert Hindman staged up as the first pairing, and Hindman quickly bowed out by way of a .007 redlight. Buddy Fleenor and Duston Wurtz were just two-thousandths apart on the tree and Fleenor used a .002 stripe to be dead-on nine for the win. Tim Markoglu advanced to the semifinals on a double breakout after being .001 and just one-thousandth under the dial against Shane Thompson, while Jim Glenn’s sixth-thousandths breakout awarded Scotty Richardson the win.

The Super Tuesday Shootout final was a battle between friends running out of the same trailer, neither Northeastern racer a stranger to a Fling event winner’s circle. Markoglu secured a $100,000 Spring Fling main event win at GALOT Motorsports Park earlier in the year; and DiMino was the winner of the 2020 Tuesday Shootout at Bristol, bringing home a custom-painted American dragster.

With both Race Tech dragsters running it down to be dead-on in the final, the round was over from the start after the redlight of DiMino. After putting up .019 total, Markoglu selected the new Race Tech Chassis and DiMino walked away with an American dragster chassis. 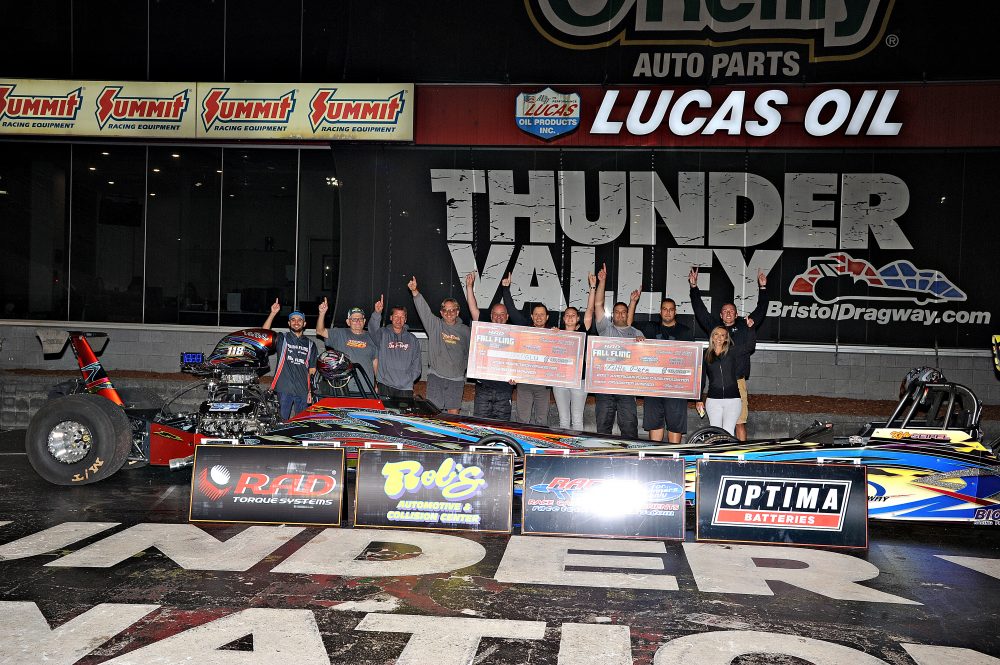 Fuel System Technology Carburetors 15K Wednesday will kick off at 8:30 a.m. with a time run for all on property starting with door cars. Racer appreciation prizes from leaders in the industry will be given out from the prize vault including helmets, weather stations, dragster scoops, and more.

All of the action will be streamed live as it happens on MotorManiaTV.com free to the viewer thanks to JEGS Performance and Mickey Thompson Tires and Wheels.

For more information, visit www.BracketRaces.com, the Spring Fling Bracket Races Facebook page, or text the word “BRISTOL” to (844) 832-9969 for race info and updates.