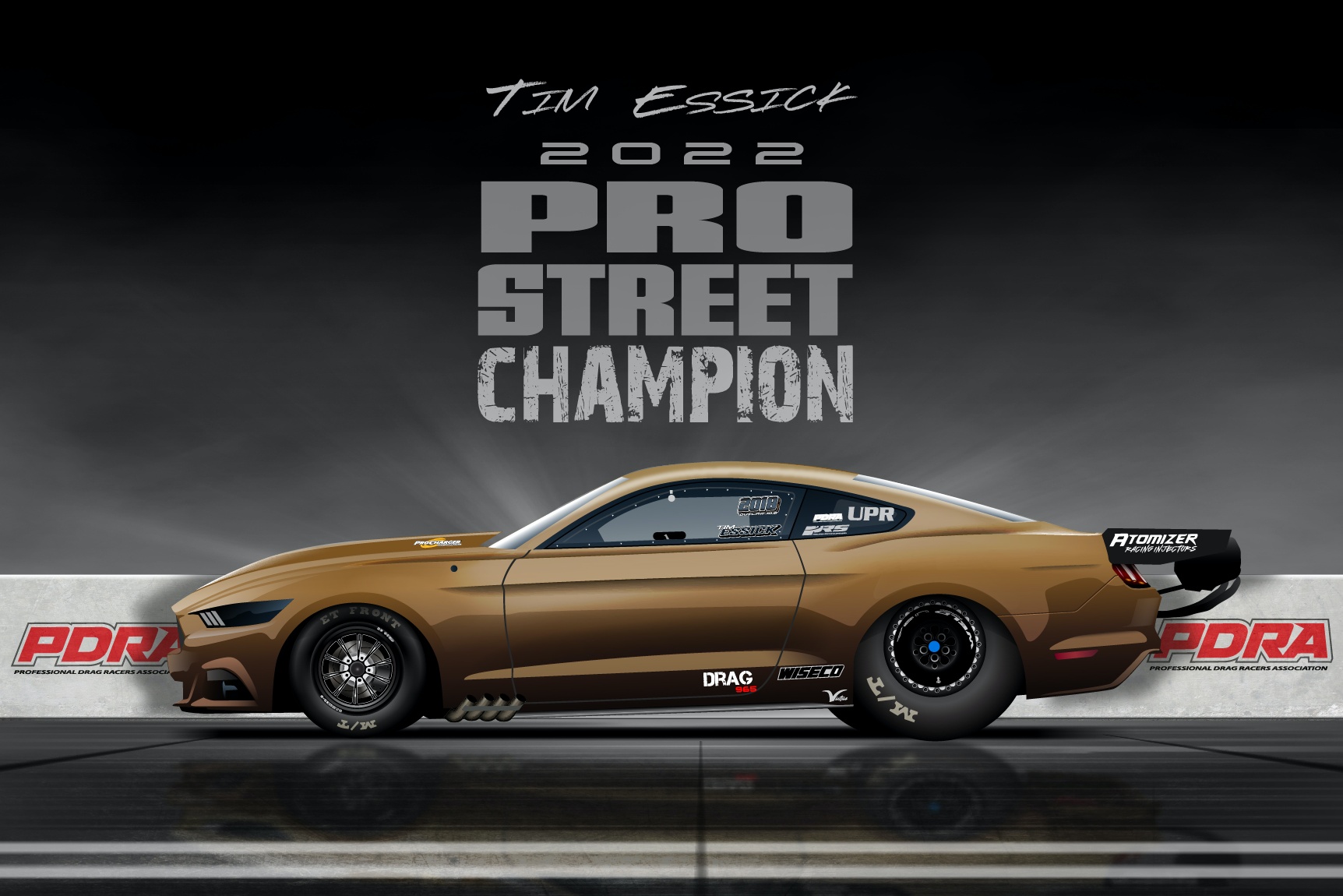 Tim Essick made Professional Drag Racers Association (PDRA) history in 2021 when he won the first-ever world championship in the Pro Street category. Following a 2022 season that saw Essick win twice in his ProCharger-boosted “Brown Sugar” ’18 Mustang, the Maryland native is yet again the Menscer Motorsports Pro Street presented by AFCO world champion.

“It was just a terrific feeling to be able to back it up,” Essick said. “It kind of validates everything that we’ve worked for. It just goes to show that it’s a successful program. It makes you feel good about what you’re doing.”

Essick’s season started with a win at the season-opening East Coast Nationals presented by FuelTech at GALOT Motorsports Park. The Pro Street competition at that first race set the tone for the rest of the season. 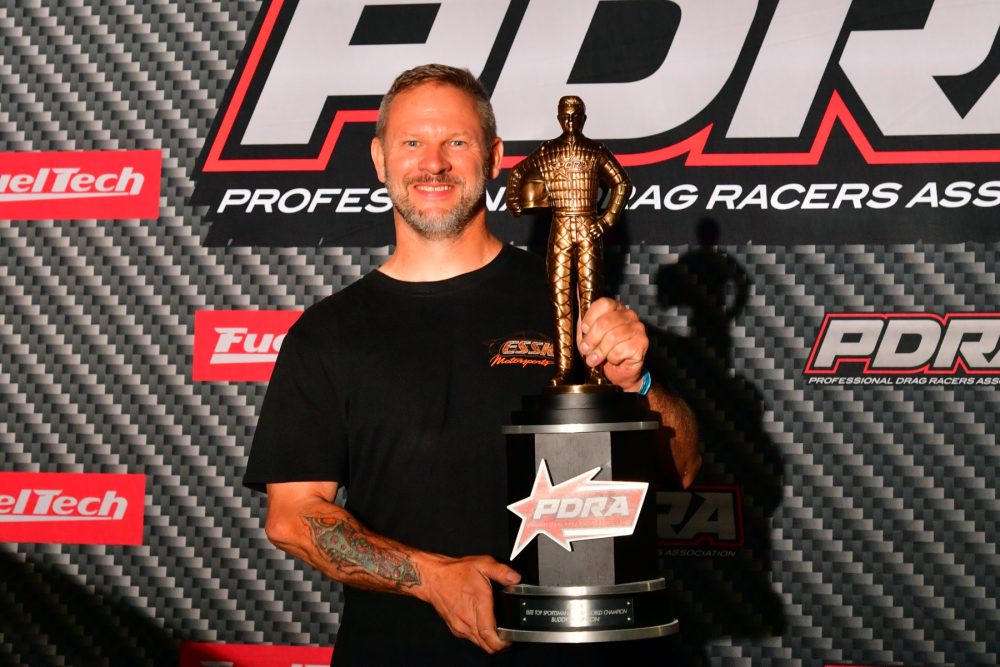 “That was a huge start to the year,” Essick said. “Through qualifying, we were struggling a little bit. Over the winter, we had changed the transmission and converter, plus we had a hundred pounds thrown on us. But when it came down to eliminations, the air changed and things fell into place and the car ran some really fast passes right up front. Nick Agostino was running real fast as well. Unfortunately, that weather went away and the rest of the year was in slower weather, but that was good momentum to start the year.”

The next three races saw two new winners emerge: Bill Riddle and Ty Kasper. Riddle won the DeCerbo Construction American Doorslammer Challenge presented by Callies at Summit Motorsports Park in his supercharged Camaro, then Kasper went back-to-back, winning the North vs. South Shootout presented by Line-X and Iron Man Quick Connect Push Bar at Maryland International Raceway and the Drag 965 Summer Shootout presented by Classic Graphix at Virginia Motorsports Park. Essick then notched his second win of the season at the Summit Racing Northern Nationals presented by Penske Racing Shocks at Maple Grove Raceway before going out in the second round at the Proline Racing Brian Olson Memorial World Finals presented by ProCharger at VMP.

As a strong proponent of the class, Essick was excited to see new contenders step up and join the series.

“Everybody’s getting faster,” Essick said. “There’s been new cars like [Agostino] and so forth that’s come in and saw what a good time it is running with the PDRA and wanted to be a part of it. We’re glad to have them. The competition’s gotten tougher. Everybody pays attention to the fast cars, and you duplicate what works for you. Me and my crew giggled in the beginning of the year, at times there’d be nine or 10 people videotaping my car and only two of them were crew members. But that’s how you learn and get faster. Everybody’s done a great job of stepping up their program. You get near the tail end of the year, and it was very close racing across all the combos. That’s the parity the class needs.”

As a competitor, Essick doesn’t plan on letting those rising new standouts get too close to his crown, though.

“Over the winter, it’s going to be like last winter and every day for me. I’ll be out here in the garage working on this thing to make it more efficient and make it faster,” said Essick, who thanked his crew for their efforts at the shop and at the racetrack. “That’s the name of the game. It’s just building a better mouse trap every single day. I’m going to put pressure on them next year. They’re all going to have to step up over the winter too.” 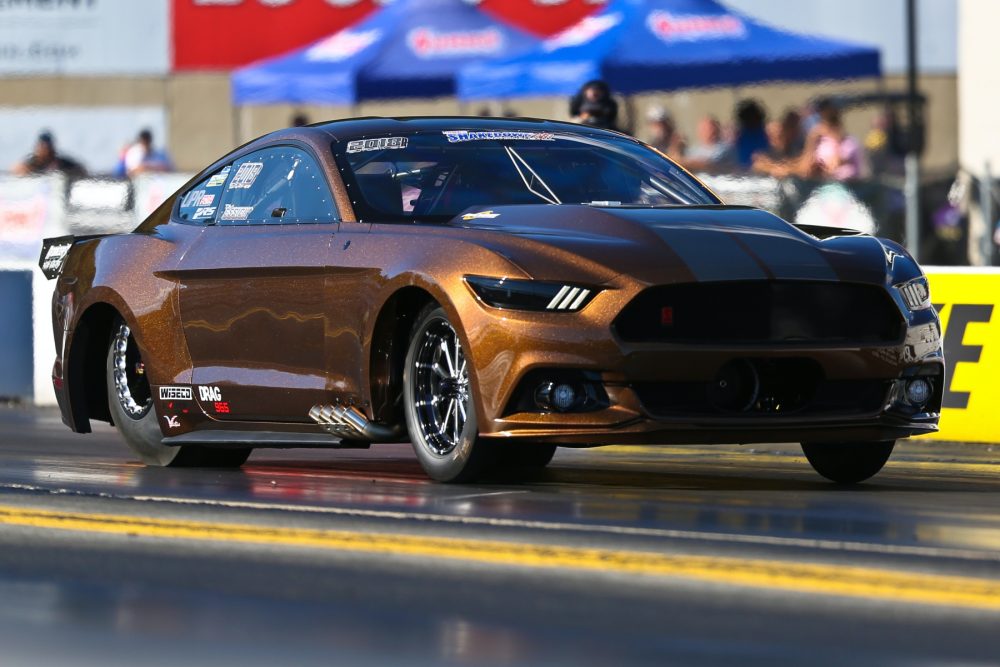 Along with thanking his crew, Essick gave credit to the manufacturers he works with to keep his home-built hot rod running at the front of the pack.

“None of this can happen without the great parts and products and support from all the companies,” Essick said. “ProCharger, Billet Atomizer, Precision Racing Suspension, Visner Engine Development, FuelTech, UPR Products, AJPE, Triton Defense, Quick Drive, Liberty’s Gears, and Wiseco. If I can’t get the parts and pieces I need, it can’t happen. I’m so thankful that I have such a good group of manufacturers backing me and getting me products in a timely fashion. Without them, none of us could do this. That’s what makes us shine.”

Kasper, who finished second with his pair of wins, also had a runner-up finish on his scorecard. He had to sit out the season opener after wounding his engine in pre-race testing.

The PDRA will recognize Essick and the other 2022 world champions at the annual PDRA Awards Banquet on Friday, Dec. 9 during the Performance Racing Industry (PRI) Show in Indianapolis.