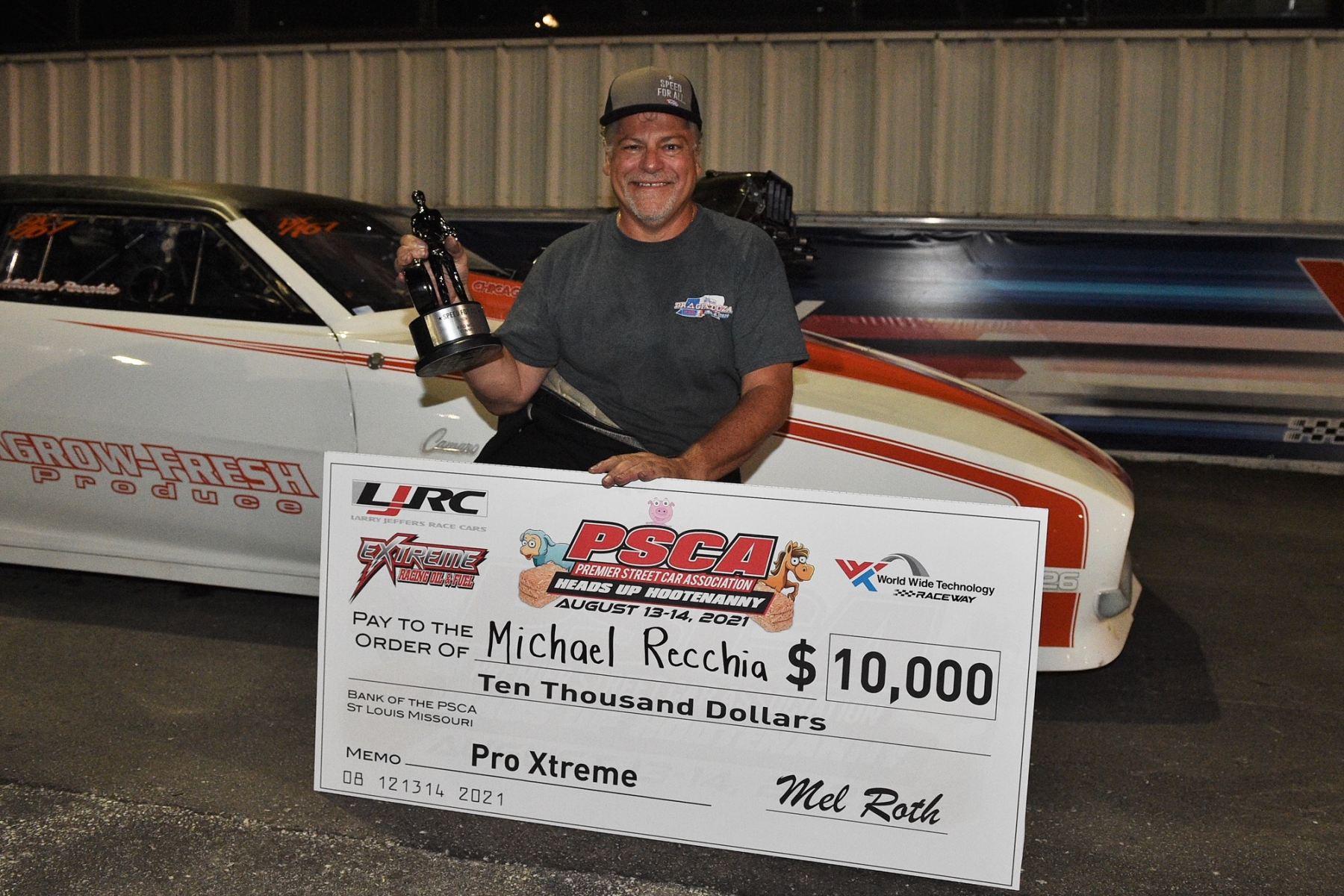 With margins of victory averaging in the three-hundredths range, the Premier Street Car Association’s Heads Up Hootenanny gave the assembled crowd at World Wide Technology Raceway a thrill Saturday night. Roselle, Illinois’s Mike Recchia earned the Pro Xtreme title, along with a special-edition Wally, against Doug Riesterer of Victoria, Texas with Recchia’s 3.688-second pass at 207.43 mph edging past his opponent’s 3.658-second lap at 198.52 mph.

Riesterer, qualifying sixth, would beat event Top Qualifier Bubba Stanton in E2 to advance & earned his trip to the finals thanks to a bye, but was stopped in the final round by the Illinoisan.

“What a finish!” said PSCA President Mel Roth after the race. “Almost every round of eliminations was a door-to-door drag race and every final round was the kind of racing you dream about seeing. Another world-class performance by the track crew at World Wide Technology Raceway. It’s no wonder St. Louis has the rep it does for drag racing given its legacy as one of the best racing surfaces in the sport.”In addition to x275, LDR, and the N/T classes earning special-edition Wallys for their victories, every PX driver who made it to the second round of eliminations qualified for a special ten-car Pro Mod exhibition field (eight qualifiers with two altnerates) for September’s NHRA Midwest Nationals. They are: 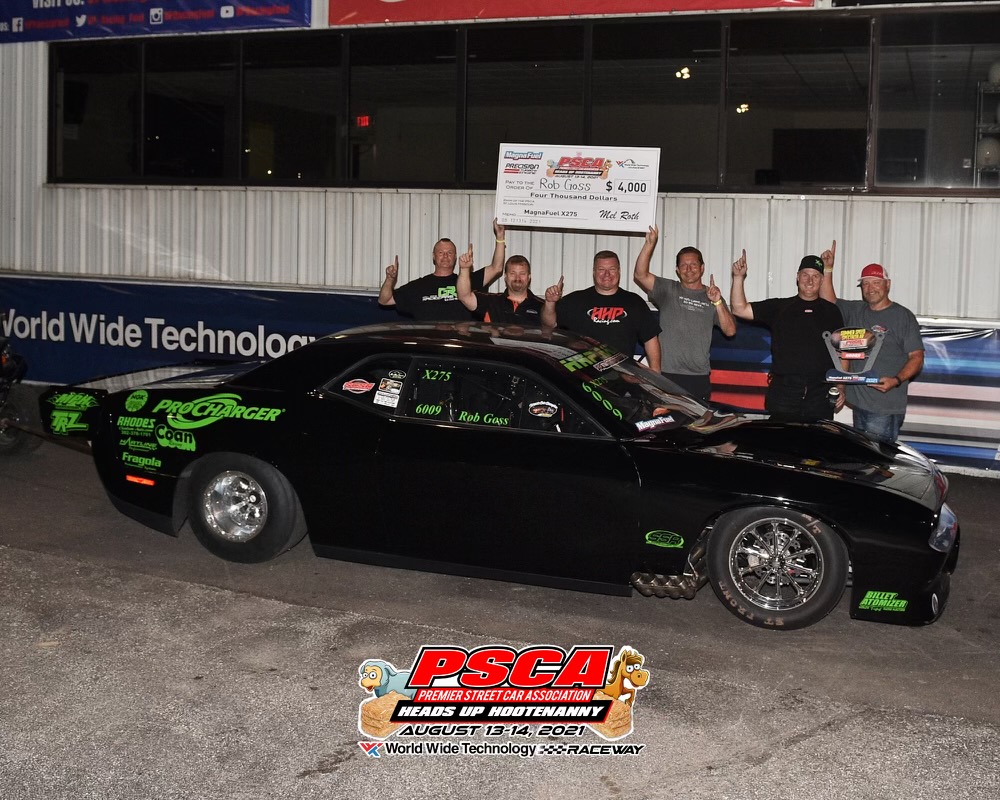 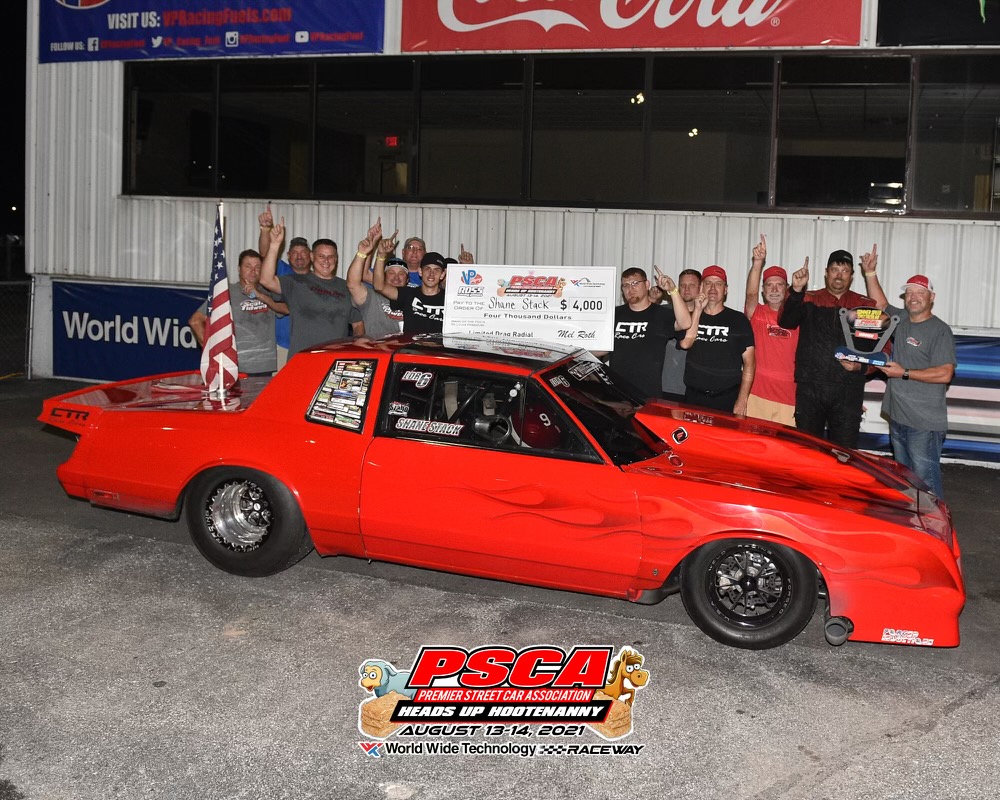 In the closest run of the night, Shane Stack barely edged out Chad Henderson at the stripe by .001 seconds in VP Racing LDR action. Stack ran the low ET of the meet against Top Qualifier Henderson with Stack’s 4.055 seconds at 186.38 mph to Henderson’s 4.056 seconds at 178.19 mph. 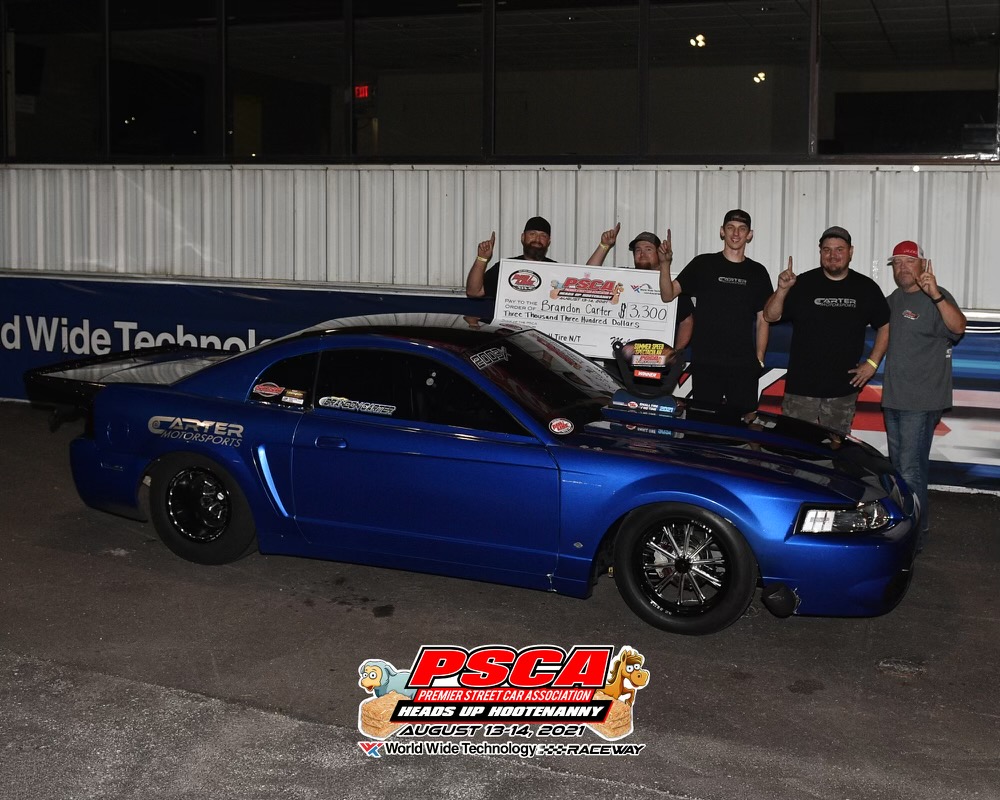 Finally, in Redline Motorsports Small Tire N/T, Brandon Carter took the win over Jeremy Mifflin.
The grandaddy of them all, the Street Car Super Nationals 17, returns to The Strip at Las Vegas Motor Speedway Nov. 18-21 for its annual marathon of speed. For more information, visit StreetCarSuperNationals.com.