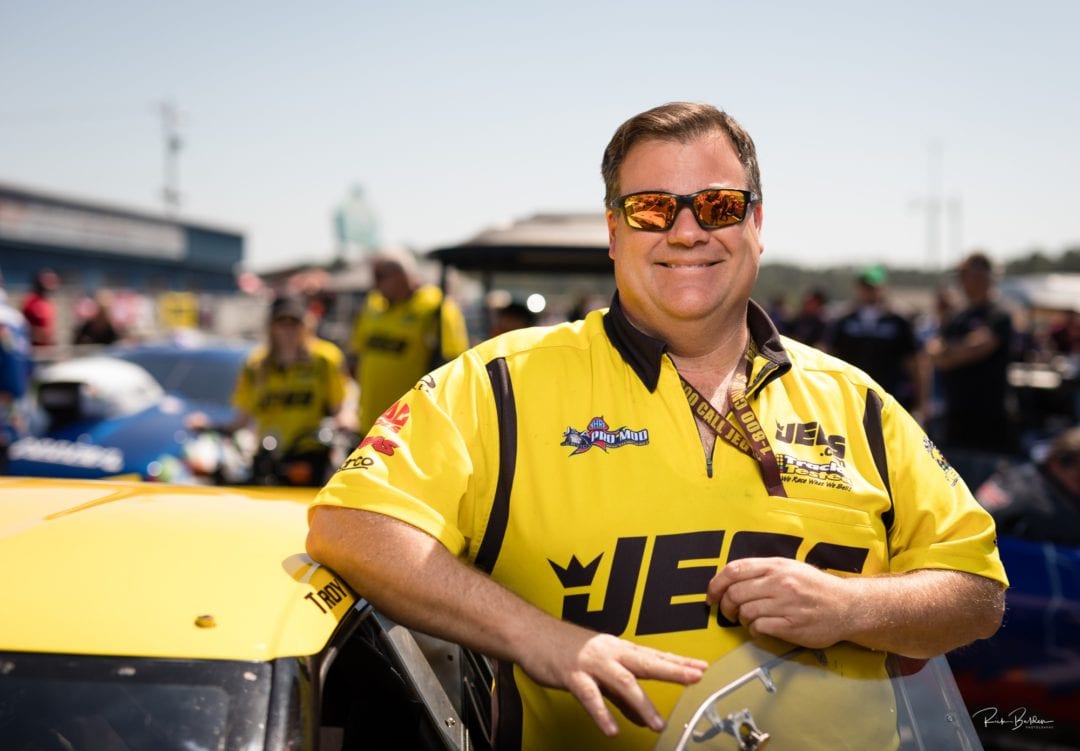 The lure of Pro Mod racing was simply too much for Troy Coughlin to stay away.

Coughlin will drive a twin-turbocharged ’67 Mustang originally built by Jerry Bickel Race Cars for Jose Gonzalez, who will continue to campaign his ’16 Camaro that he drove to victory in Charlotte. Joining back up with the likes of crew chief Steve Petty, Eric Dillard and the Pro Line Racing team was definitely appealing, but Coughlin also couldn’t stay away from the competition.

“It is a lot of fun and you do miss it,” Coughlin said. “You miss the family aspect of it, all the different racers and crew guys. It’s a neat little circle of friends, and it’s like a second family. But you definitely miss it. It’s a good addiction. The competiveness of the class, there’s nothing like it. It’s just really cool.”

Coughlin’s plan is to compete at a handful of races here and there in 2018, but, then again, he was supposed to be done racing by now.

Coughlin retired after winning his third Pro Mod championship in six years, getting perhaps the ultimate send-off at the NHRA Pro Mod season finale in Vegas. The longtime standout was comfortable with his decision and had no intent on coming back. Others, including his children, Troy Jr. and Paige, former team members and JEGS employees didn’t buy it, making wagers on when he would return.

Coughlin laughed those off initially, but the idea of returning kept creeping back in. Gonzalez continually floated the idea of racing one of his cars and the notion of racing again picked up major steam in the past few weeks.

Ultimately, when racing in Richmond became an option, Coughlin could not say no.

“I didn’t think I would come back and start racing again,” said Coughlin, who has 13 career NHRA Pro Mod wins. “But you miss the acceleration, you miss the friendships and camaraderie of the whole class. There’s 40-45 guys that compete in it throughout the world and it’s a good time.”

It will be the first time Coughlin will drive a Mustang in nearly 15 years, but he was immediately impressed with it, saying “it’s a badass car.”

Paige and Troy Jr., who are both having strong racing seasons of their own in 2018, were totally on board with their father returning, a factor that made the decision even easier for Coughlin.

Petty and the Pro Line team will test the Mustang early this week, and Coughlin will jump back behind the driver’s seat in Richmond. It will be his first time racing at Virginia Motorsports Park in a Pro Mod car, but Coughlin’s usual expectations won’t change.

“Just like the last 10 years, it will be no different I’m sure,” Coughlin said. “You go out and try to do the best you can. If everybody on the team pulls together and does their part, we’ll be competitive and it will be a blast. If we have some good fortune, maybe we’ll go a few rounds.”

That would be an impressive feat, but certainly not outside the realm of possibility considering Coughlin and his team’s track record.

Still, the veteran racer remains blown away with the traction Pro Mod continues to get. It has featured 30-plus competitors at nearly ever race in 2018, a sign of the growth and strength of the class. Of course, with Coughlin returning – even in a part-time role – that impressive talent level is about to grow even more.

“It’s extremely exciting and these cars are just badass,” Coughlin said. “It’s so tough out there. The class just continues to grow and get bigger. It’s fantastic to be part of it.”