It was just more than 30 years ago when Charles Carpenter made his first 200-mph run.

Three decades later, “The Godfather of Pro Mod” is still racing, still enjoying himself and still going 200 mph – only now it’s in half the track.

Carpenter made his first career 200 mph run in the 1/8-mile at the recent Shakedown Nationals event in Virginia, going 3.78 at 200 in his nitrous-powered Camaro, crossing off one of the few remaining major items on the veteran’s to-do list. 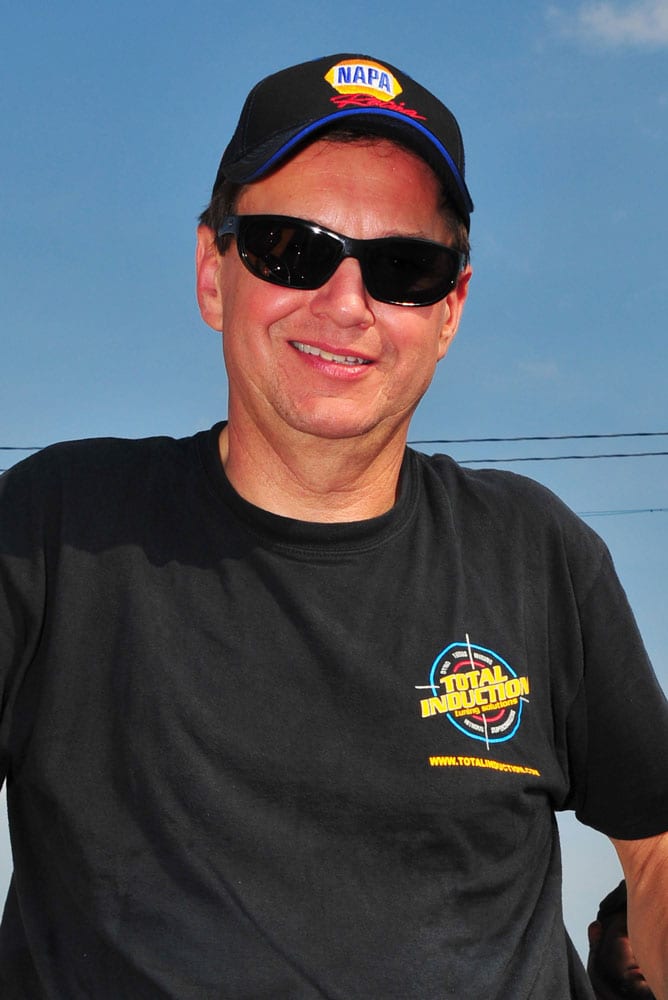 “It is absolutely unbelievable. I ran 200 mph in 1988 and to think we would be able to do that in the 1/8-mile, it’s crazy,” Carpenter said. I’m getting toward the end of my career, and the coolest part of this is to embrace some of this technology that’s here now. This stuff is just awesome and it’s just unbelievable to think what we can do.

“The coolest thing is we ran 200 mph and all we did was take the spark plugs out of the motor and check the valve springs, look at the data and we were basically ready to go again. That says so much for the sport.”

Carpenter has had a distinct part in the evolution of Pro Mod as one of the original pioneers in the class, piloting his ’55 Chevy to impressive performances from coast to coast.

These days, he’s driving a nitrous Camaro from Jerry Bickel Race Cars he got in 2017. After 45 years in the sport, Carpenter is still having the time of his life, enjoying plenty of highlights along the way.

Along with the 200-mph run in Virginia, Carpenter finished third in the Carolina Xtreme Pro Mod Series standings this year, facing off with the likes of Rickie Smith, Chris Rini and others this year.

He lauds the work of guys like Brandon Switzer at Switzer Dynamics, Paul Albino and Total Induction Tuning Solutions, and Dan Stevenson and Stevenson Crane, who supplied Carpenter with the Reher Morrison engine. But there’s also a simple reason why Carpenter has continued to stay involved in the sport he loves.

“I love the camaraderie of this,” Carpenter said. “It’s a bunch of people sharing their passion, putting their heart and soul into it and I love being out there with everyone. I’m excited about it still and I still love to do it.”

Having a good car helps the matter as well.

Since taking delivery of the Camaro, the car has been exemplary while displaying impressive durability. He’s not running it on the ragged edge, but Carpenter has been extremely pleased with how well the car has performed without taking damage. It’s a nod to Bickel, Carpenter’s knowledge and the technological advances he has continually praised.

“This car is awesome,” Carpenter said. “It is the absolute best car I’ve ever owned. It drives so well, everything works and it responds to changes. It’s an awesome piece. We’ve known for years that Bickel builds the best piece out there, and this car does everything a racecar is supposed to.” 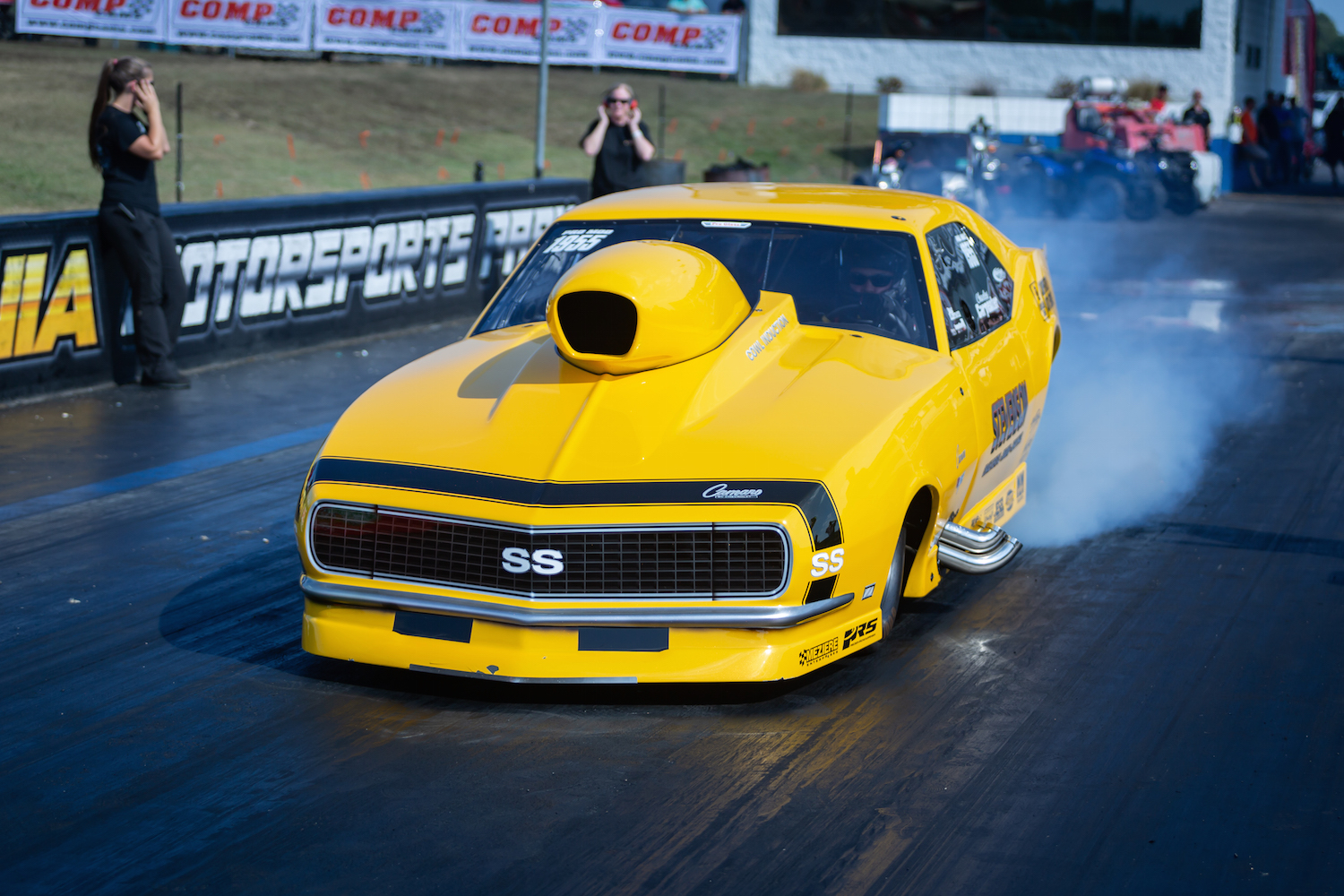 That includes going 200 mph in the 1/8-mile for the first time as well. As race conditions started to come in ideally, Carpenter figured he had a chance.

The career-best speed came under the lights and the major benefit of doing it in half the track allowed Carpenter to see it on the scoreboard as he coasted by. If anything, though, it’s only motivated him to reach one last item on his Pro Mod bucket list: a trip to the 3.60s.

Carpenter joked he had to find a new goal because he’s “not ready to quit,” and as he proved with his 200 mph blast, the legendary driver still has plenty left in the tank.

“It was awesome. The beauty of running 1/8-mile on a 1/4-mile track is you get to see it. That’s a cool thing to be able to see it. I knew it was on a good pass, but the transmission we put in was a different ratio. The car was just a little lazy in the middle, but I could tell it was doing well out the back. It was just awesome,” Carpenter said.

“The 200 mph was one of the last things I could get and I’m hoping we can go in the 3.60s before I’m finished. It was about as exciting as my first 200 mph in the quarter-mile. It was pretty cool. We were looking forward to it and when we got this car and engine combination, this was my goal.”

As usual with Carpenter, it was mission accomplished.