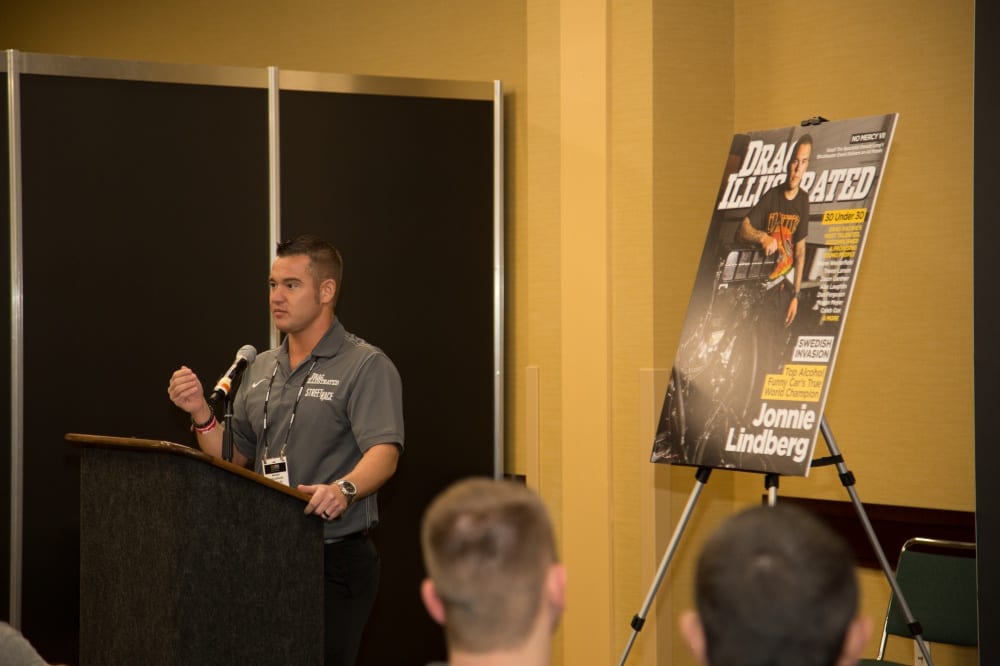 Drag Illustrated’s highly-anticipated 30 Under 30 list will be revealed during an official press conference and recipient reveal at 2 p.m. on Friday at the Performance Racing Industry (PRI) show at the Indiana Convention Center in Indianapolis.

The third annual list will be announced in the PRI Media Center, Rooms 116 & 117, with one-on-one interviews available with Drag Illustrated Editor-In-Chief Wes Buck and 30 Under 30 honorees in attendance following the press conference.

One of the most popular annual issues for Drag Illustrated, the 30 Under 30 list recognizes 30 top young drag racing drivers, crew members, fabricators and industry insiders who are all less than 30 years old. The distinguished list has become a coveted honor within the sport, highlighting the upcoming stars in all areas and aspects of drag racing.

“The Drag Illustrated 30 Under 30 press conference has become a must-attend part of the PRI Show for not just the honorees and their families, but also for a wide-ranging group of supporters,” Buck said. “The significance of the 30 Under 30 list and its reveal has skyrocketed since we released the first list in 2015. We absolutely pack the PRI Media Center, and that show of support really has an effect on the young men and women who stand on that stage and grace the pages of the Drag Illustrated 30 Under 30 issue.”

The event will also mark the first time the full 30 Under 30 list will be revealed during the press conference at PRI, with at least 20 of the slated honorees scheduled to be in attendance.

For those unable to attend the PRI show in Indianapolis, the full press conference will also be streamed on the Drag Illustrated Facebook page at 2 p.m. on Friday.