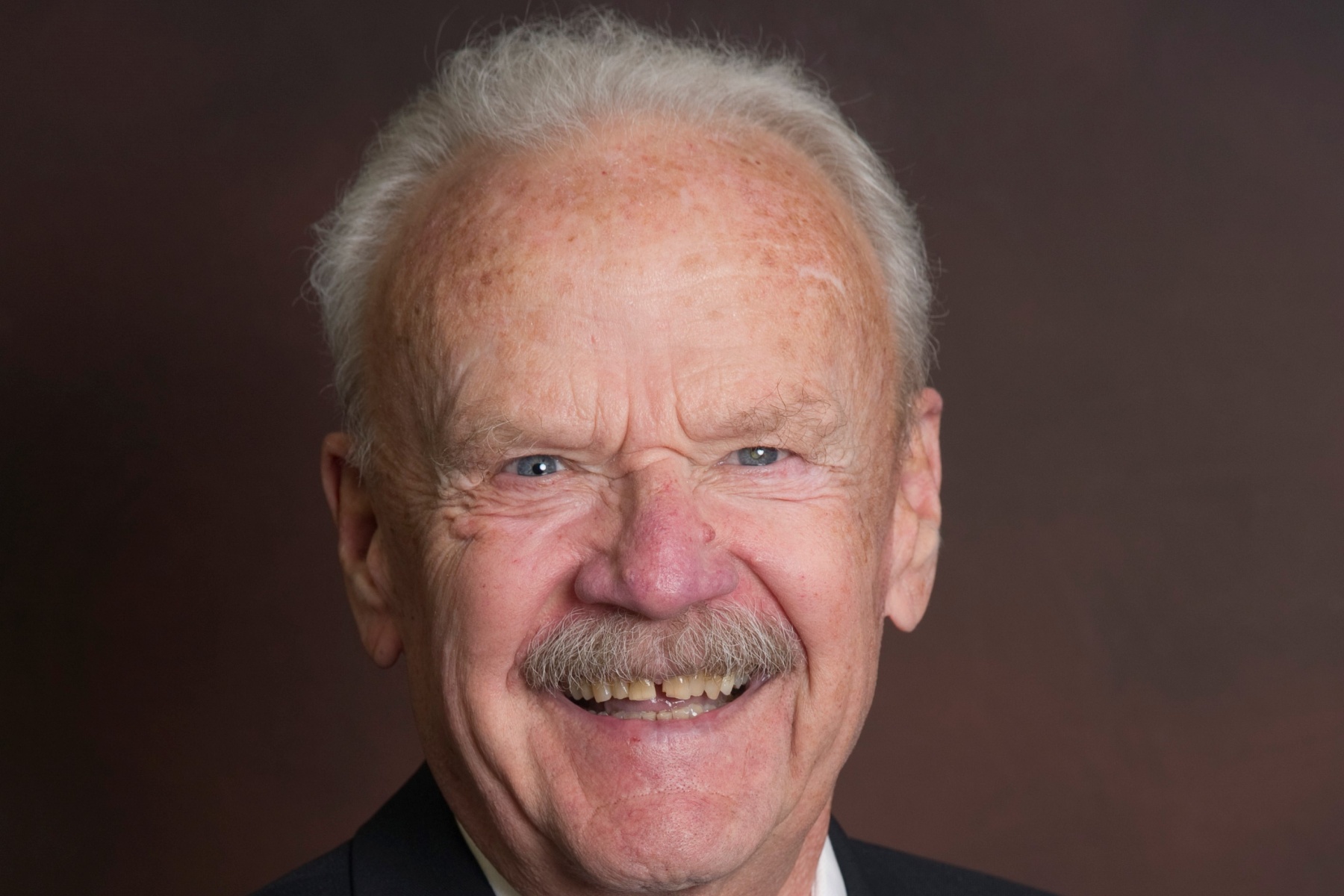 The passing of Dave “Big Mac” McClelland in May of 2022 marked the closure of one of drag racing’s most remarkable careers and lives. Many thousands of words have been used to talk of a man whose voice and presence literally personified the sport for me and millions of other fans over a 40-plus-year span in the world of straight-line competition.

Over the course of time people have recounted his myriad of successes in life from his devotion to Louise, his wife and soulmate; a winner at the famed March Meet, a publishing executive, the guy that literally started Super Chevy, an owner of radio and tv outfits, a track manager, an NHRA executive level manager, and the list goes on and on. Perhaps the most commonly said thing about the man is that he, “WAS drag racing.” It’s a statement that cannot be refuted.

One of the things few if any have actually delved into is why he was such an iconic presence for more than a generation of drag racing fans. To speak only of his voice, as incredible as it happened to be, really shortchanges a guy who took the act of talking about drag racing and elevated it to a form of performance art that has had a profound influence on anyone and everyone who’s attempted to ply the same trade. Make no mistake, Mac had peers and those peers were also of incredible ability, namely guys like Jon Lundberg. The major difference? Mac had a platform that delivered him to our TV sets on what seemed to be a weekly basis. He didn’t squander it. 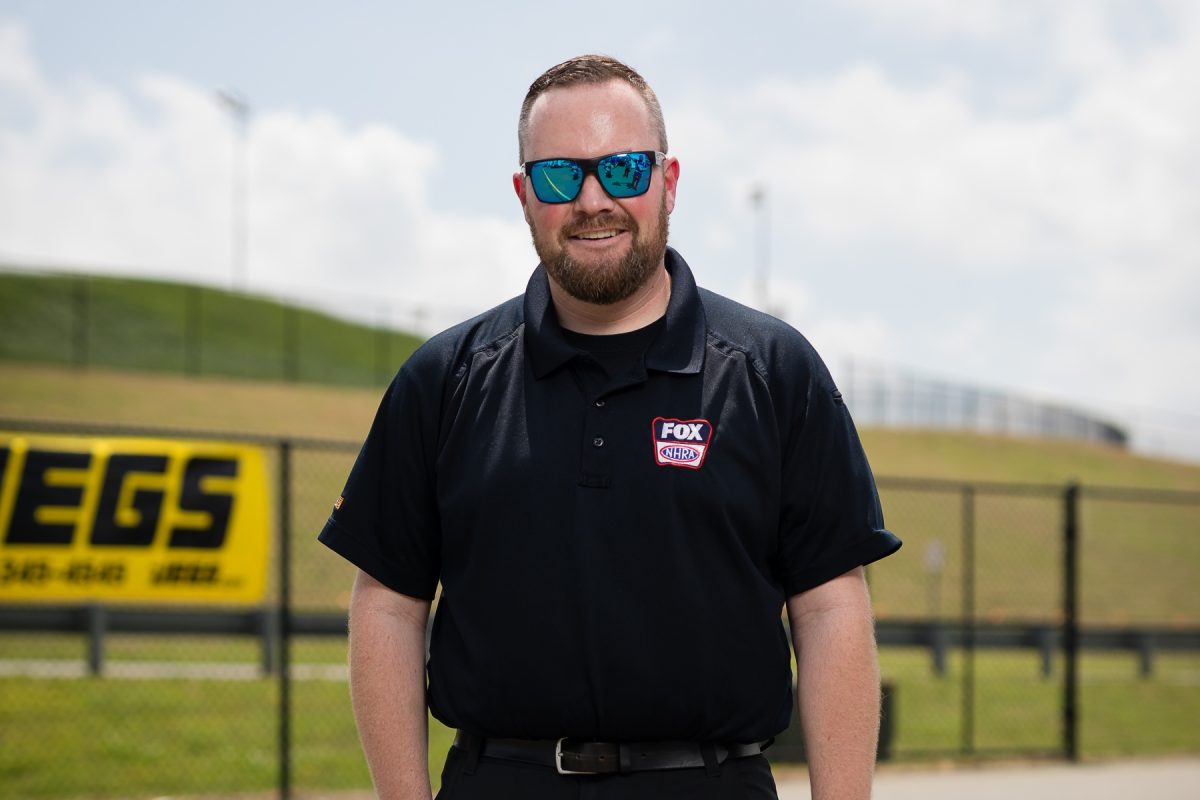 See, I think the reason so many of us were enthralled with his work is because he took mere mortals in dragsters, Funny Cars, Pro Stocks, and anything else that rolled by, and turned them into heroes. Not with hyperbole or exaggeration, but with gravity, respect, and at times, reverence. I’m certainly not saying that Mac had any favorites out there, but the man could really grab another gear when Don Garlits was running roughshod over the competition. Some of his most iconic work, like Indy 1984, 1987 Gainesville, and a handful of others, were Garlits triumphs. One legend celebrating the ever-growing legacy of another.

If there is one thing I have learned in announcing drag racing for more than half my life now it is that genuine excitement, genuine engagement, and genuine pride in your craft is not something that can be faked. Drag racers have the innate ability to smell out a fraud at way more than 1,320 feet away. Mac’s nature, his near brotherly relationship with Steve Evans, and the way he carried himself while succeeding for decades in drag racing and the high-performance aftermarket speak to the reasons fans loved him.

Having access to the NHRA’s near endless, and ever-growing digital archive, I have watched many, many hours of Mac’s work. Some to find historical moments for our NHRA on FOX shows, but mostly because I have just wanted to soak in as much as possible. The idea isn’t to copy his work, but as an artist looks at Monet or Van Gogh in study, I do the same.

Mac never relied on catchphrases. Well, I should correct that. He used two. He began every broadcast with, “Hello, everybody!” and closed every broadcast with, “…so long for now.” But as far as calling a race? He did not rely on the crutch that so many announcers do. It’s an impressive thing when talking about a sport that tends to be as repetitive as drag racing, but that’s why he serves as a model for the craft of drag racing announcing. Use your brain, put in the work, be creative, and don’t simply lay back on something you said last week and regurge it up again.

In 2019 I started and continue to drop Mac “Easter Eggs” into my work on our broadcasts. It’s a fun way to give tribute to the man, and certainly a fun thing for hardcore fans who often reach out when they hear a recognizable line from drag racing’s past.Mac was a friend to virtually all that met him. He had both indirect and direct influence on the course of my life. There are likely hundreds, if not more, that can say the same thing. If the measure of a man is the lingering respect people have for him after he has left the bonds of this Earth, Dave McClelland is standing shoulder to shoulder with Paul Bunyan. An example of excellence, we shall forever be standing on his shoulders, seeking to take the sport of drag racing as far as we can with class, excitement, intelligence, and fun. Rest easy, Mac. You sure earned it.