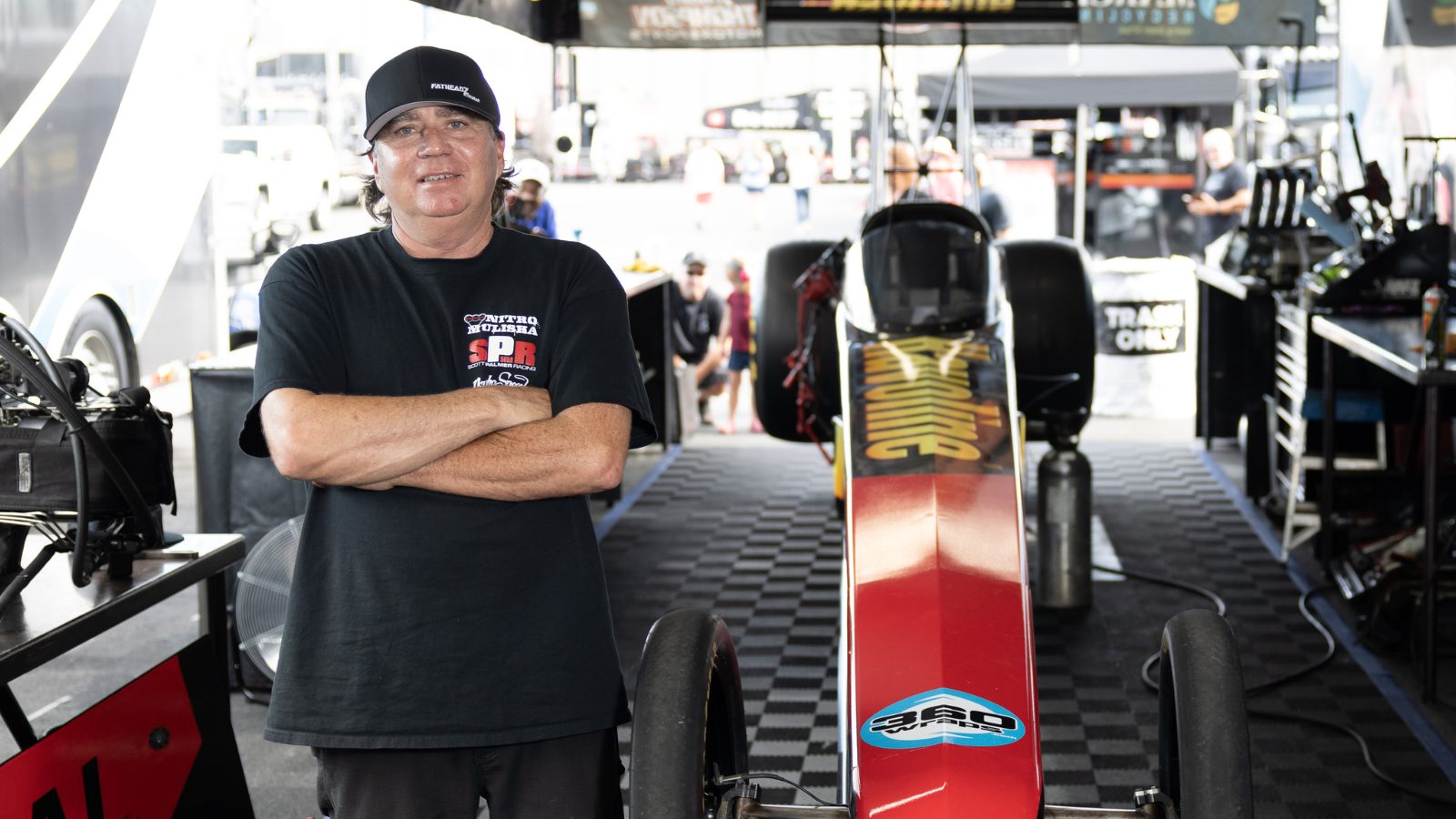 Scott Palmer, fondly dubbed “The People’s Champion,” is locked in for the 2023 World Series of Pro Mod. To say Palmer, who lives and breathes drag racing, is excited about the event would be an understatement.

“I have run Top Fuel for 20 years, and I don’t get nervous at all running Top Fuel. I don’t think about it,” Palmer confessed. “It’s just kind of normal. I’ve had a Pro Mod off and on all these years – I love Pro Mod racing, but this one, I’m a little nervous about.”

The WSOPM at Bradenton Motorsports Park will feature the best drag racers in the business. It’s something that Palmer knows, but he is looking forward to the one-of-a- kind event. “This is going to be the biggest all-star event that I can think of ever happening,” he said.

As soon as Palmer got the call extending the invitation, he began working on his ’63 Corvette that he races in Outlaw Pro Mod. As a matter of fact, the WSOPM will follow an eighth-mile outlaw format in 2023. 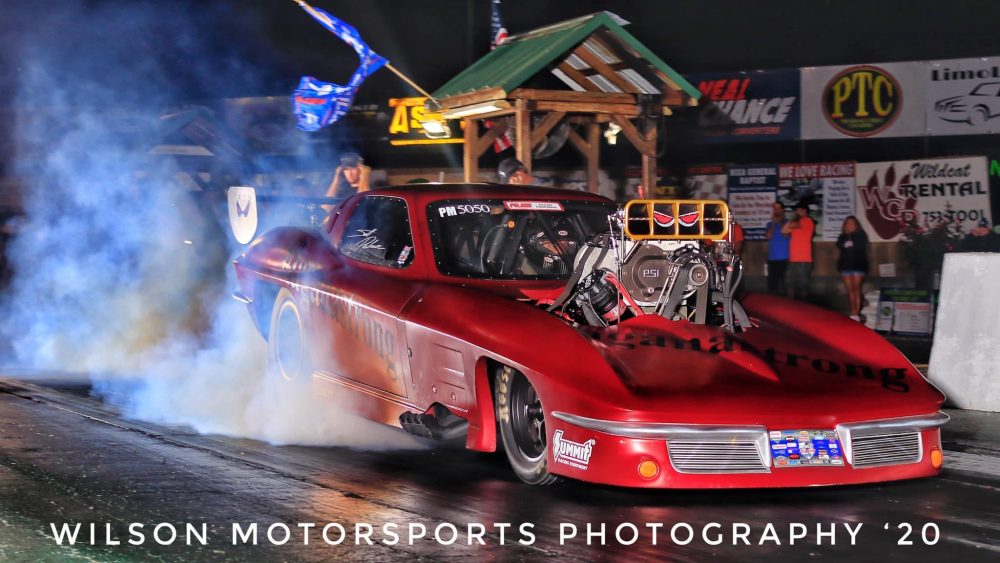 “There are two Top Fuel cars and two Pro Mod cars in my shop right now,” said Palmer. “My Corvette is number one because it’s getting everything redone. I’m taking it very seriously because it’s an honor to get invited, and I want to do the right thing.”

Needless to say, Palmer is not taking the race set for March 3-5 lightly. “I want to go there prepared to race,” he explained. When Palmer isn’t driving his Top Fuel Dragster in the NHRA Camping World Series, he also provides some of the best drag racing entertainment, including Scott Palmer’s Nitro Side Show.

However, he’s setting aside the fun and flames to take the WSOPM seriously. “I’m known for coming in, showing off, and doing cool things, but I realize this is a serious race, and I plan on taking it seriously. I’m really focused on it right now,” Palmer said.

His dedication to the sport is shown in everything he does. Palmer doesn’t spend time fishing, camping or golfing. It’s drag racing that has his entire heart. Anybody can pick up on his love and passion for it by just being around Palmer.

“I’m not trying to be the World Champion, but for me, the ‘People’s Champion’ is as good as being the World Champion,” he confessed. “I just love drag racing, and I want to do everything I can and be involved in every category I can.”

The WSOPM is one race that Palmer believes is going to shake up the sport. The proof – Palmer said that after he shared the event on social media, more than 100 followers confessed to purchasing flights to Florida for the WSOPM.

“This race here is what we need in drag racing. We’re going to bring some fans to Bradenton,” said Palmer. “I bet we will have the most people in our pit area. It’s not because we’re a big race team – it’s because people know they can come hang out with us. That’s what I race.”

Spoken like “The People’s Champion,” Palmer also knows that many drivers are keeping a close eye on the WSOPM. “This race has probably stirred up more emotions from people than any big race I’ve been to or any National event,” he said.

“I might not be invited for the performance of my car, but out of respect for those that don’t get invited, I’m going to be focused on making this car run faster,” Palmer continued.

As a matter of fact, Palmer shared that he’s been offered rides by fellow drivers. But he feels like bringing his Corvette is a way to show that anybody can drag race.

“I believe I’m invited because my car is a little bit different. I run a clutch, and nobody does that – I’ll be the only guy there with a clutch,” Palmer said. “I think if I drove somebody else’s car, it wouldn’t be like I’m there.

“I feel like I need to take my own operation there instead of driving somebody else’s car,” he confessed.

Furthermore, Palmer is honored to get the invitation to the WSOPM, and he’s coming prepared to race and leave it all on the line. “There’s nobody going to the World Series of Pro Mod that will try harder to win than I am. I’m going there to race,” Palmer explained.

“When we turn those bulbs on at the starting line, everybody is going to drive angry. It’s going to be the best show I’ve ever been involved in.”