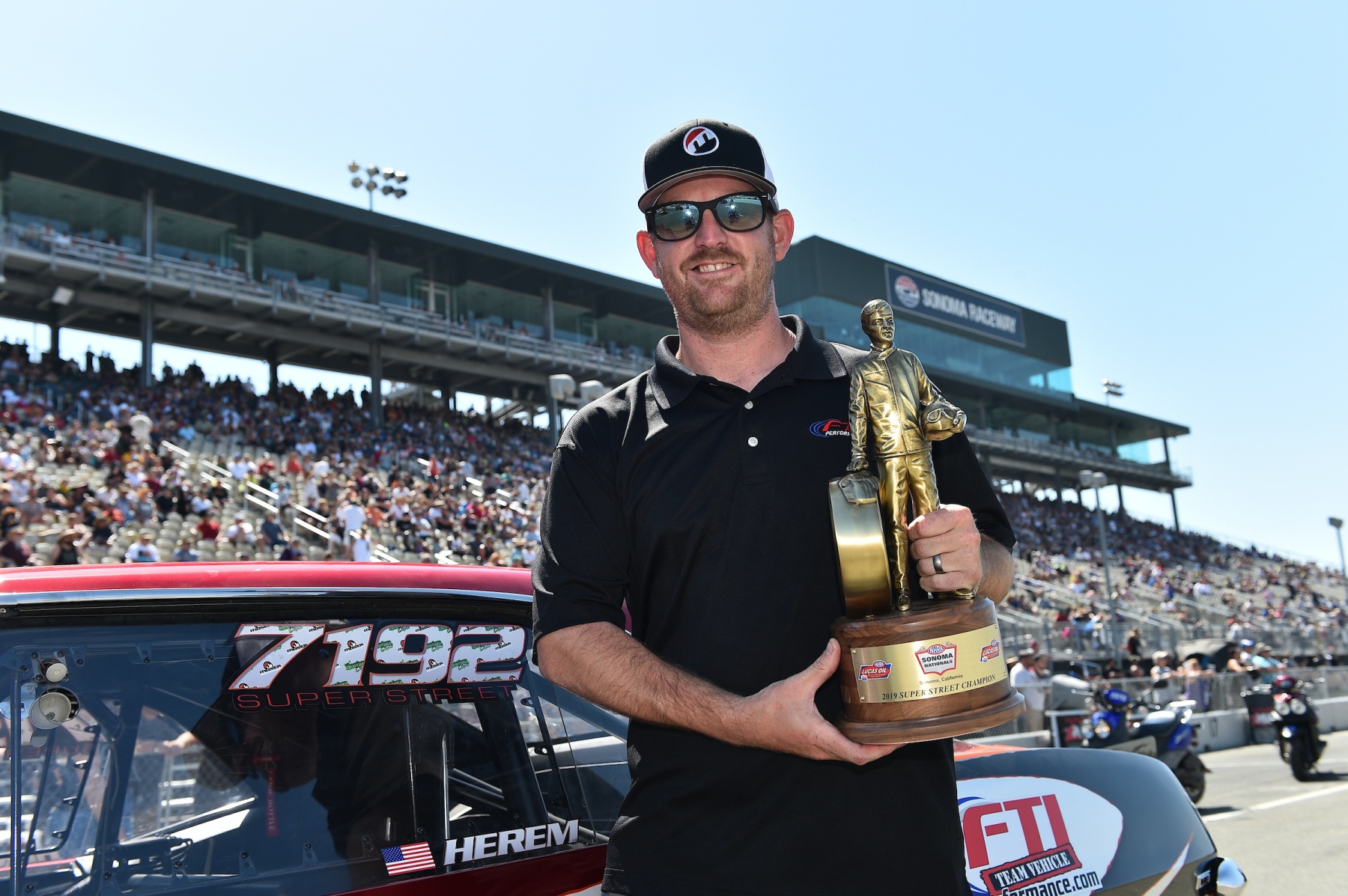 Drag racing demands resilience. In a game where there can only be one winner, it is commonly accepted that there will be many more losses than victories at the final stripe. The ability to rebound from disappointment is one thing, but bouncing back after a tumultuous crash that leaves bruises and broken bones is a completely different challenge.

Veteran Sportsman racer Ryan Herem experienced that challenge first-hand after wrecking his Super Gas Corvette roadster at the NHRA Arizona Nationals in February of 2020. The Huntington Beach, California, resident was alert – for the most part – when he was transported to the hospital, and he realized fairly early the severity of his injuries. Understanding what he would likely be dealing with, however, did not deter his intentions.

“When I was in the hospital, I made it abundantly clear to everyone that this wasn’t how I was going to end my racing career,” says Herem. “Even if the doctor told me I was done, there was no way my last runs were going to be on fire and leaving the track in an ambulance.”

Just about 10 months after the crash and with the encouragement of friend Troy Williams Jr., Herem returned to the driver’s seat for an eighth-mile bracket race at Bradenton Motorsports Park. He approached the race with a non-committal attitude, testing the waters gingerly to measure the impact driving would have on his still-healing body.

“The first run, I felt like I was in a Top Fuel car,” says Herem. “I was just holding on for dear life. I came back and looked at Troy, and I said, ‘I don’t know if I can do this; I think I need to step back.’ He looked at me, shook his head, and said, ‘No, no, no. You’ve got two options: pussyfoot around it and drive one car, or drive two cars and we knock it out right away.’ It took maybe 8-10 runs before I started to feel comfortable in the car.” 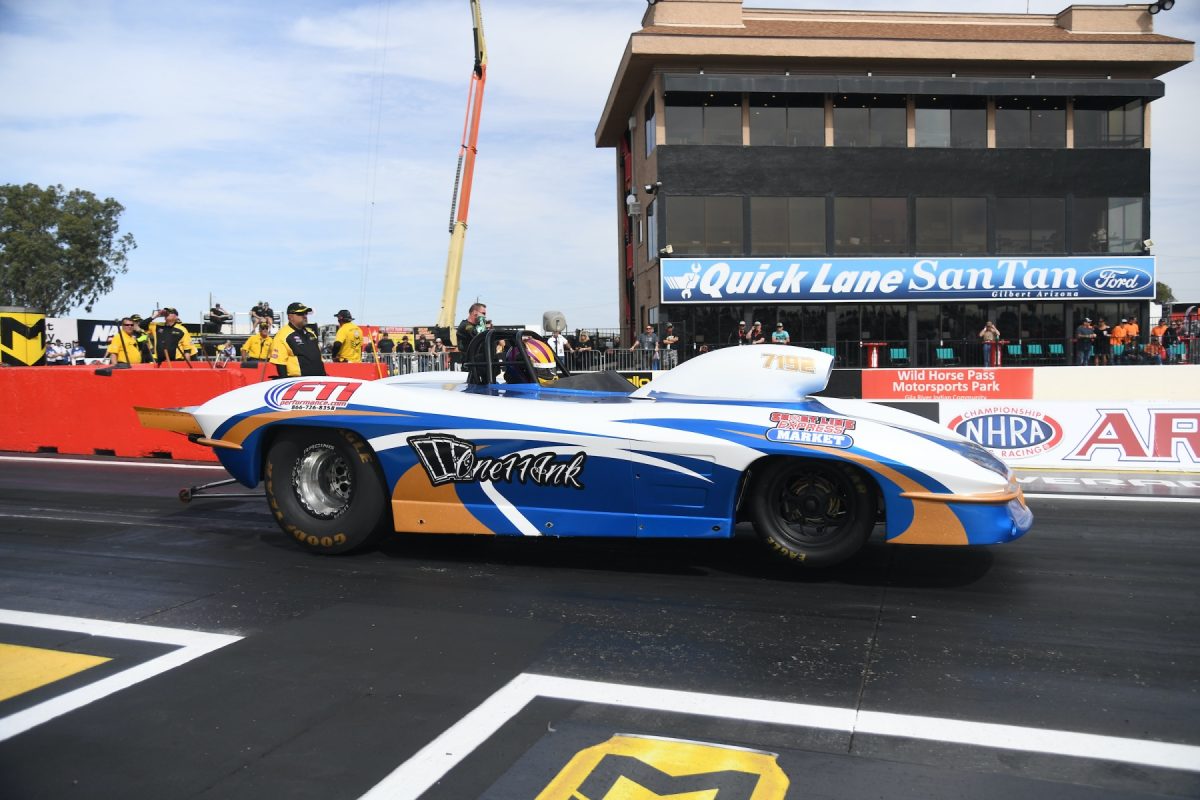 It wasn’t right as rain after that initial outing, though.

“My first couple of races back, I was just a touch off,” he offers. “I relate it to golf or playing pool. You know what you’re supposed to do, but if you’re even an eighth of an inch off, you’ve ruined the whole shot. A lot of those early runs, I knew what I wanted to do, but the execution wasn’t up to my standards. It took me a few races to knock the rust off.”

Herem continued to work towards getting his mojo back and joined forces with longtime racers and friends Britt and Slate Cummings. He raced as much as possible, and in December of last year, things began to fall into place.

“I was runner-up in their Chevy II [at the Christmas Bracket Bash], and there was a day where it just clicked,” he says. “I could see everything I should be seeing, and from that point on, it all came back. It took determination to stick with it, because there were many times where I was just like, man, maybe this ship has sailed. I’m not capable of being mediocre. I want to come to the track knowing I can win.”

There was no place he wanted to win more than at Wild Horse Pass Motorsports Park, where the crash had taken place. His first opportunity came earlier this year, initially at the national event and then at the divisional held there soon after.

“To say I wasn’t nervous my first run down that track this year would be a lie,” Herem admits. “I was much more jittery than I should have been, but I went right back down the left lane where I had crashed. I struggled at the national event, but it ended up working out great at the divisional.”

That being said, Herem almost threw in the towel after losing early in Super Street at the division race there at Wild Horse Pass Motorsports Park.

“I had lost second or third round in the Camaro, and the car was really good but I didn’t drive up to par,” says Herem. “I was really upset, and mentally, I was so frustrated. But I was pitting with my good friend, Luke [Bogacki], and he said, let’s just see how today goes before you start heading home. To that point, I hadn’t paid a lot of attention to the dragster – but I was still in. The next thing you know, it’s round four, five, six. It was time to get serious.”

In the final round of Super Comp that weekend, Herem was off the starting line first with a .006-second reaction time to Bobby Dye’s .015. He earned the coveted, emotionally mending win light on an 8.928 to an 8.930 on the 8.90 index. His margin of victory was a pleasing .011.

“When that last win light came on, I think it was mostly a sense of relief,” he recalls. “Vengeance isn’t quite the right word, but it’s close. I’m not proud to say it, but the first words out of my mouth weren’t about the victory, they were about conquering Phoenix. It was such a mental mountain, and it was such a weight off my shoulders to win there.”

A month after the meaningful victory, Herem reached the semifinals in Super Comp at the Las Vegas Four-Wide Nationals and missed reaching the final round by just .005. After four division races and three national events contested this season, Herem was No. 14 in the division and No. 13 in the world.

In Super Street, the former Division 7 champion reached the semifinals at the first Las Vegas divisional event, then was runner-up in the next race to position himself No. 7 in the division standings with just four races contested.

Herem didn’t enter the season with an agenda. He simply wanted to get back to doing what he knows how to do. With that established and his name in early talks for a stellar ending to the season, he’s had to rethink the schedule. It’s a bit trickier now than before, though, as wife Whitney is expecting their first child – and the due date is October 1st. 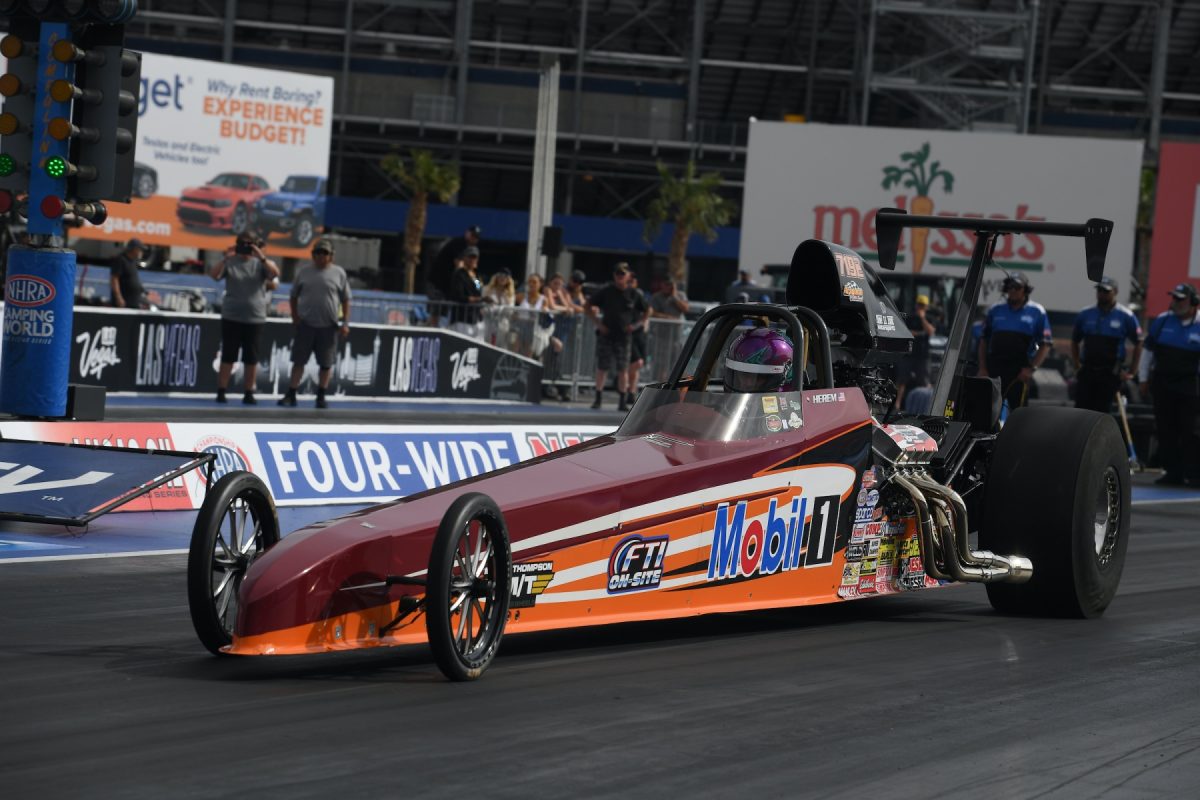 “I still have a really good chance to win a world championship, and all of our Division 7 events happen after October 1st,” he surmises. “That adds a very complicated layer to my racing life. I’ve always raced with the mentality of not really chasing points. My goal was to race when I could and win races, and that would be that. But this year is possibly different. I started out pretty good, but we’ll go to Sonoma and see how it goes. If the wheels fall off the bus, maybe we’ll pull back.

“But no matter what happens, I’m just extremely thankful for the friends and family who helped me up when I was down, and that they continue to do so. Whitney; her parents, Duane and Betsy Shields; and my grandparents, Willie and Carolyn. Troy Williams Jr.; Slate and Britt Cummings; John Labbous Jr. – they’re like brothers to me. The accident really changed a lot of things, including my outlook. What I’ve gained the most out of this is gratitude, and I couldn’t be more thankful.”